Recently, an interaction between Prime Minister Narendra Modi and several people from mainstream Hindi films and television made headlines.

They had assembled to discuss various initiatives to commemorate the 150th birth anniversary of Mahatma Gandhi.

With video messages from the likes of actors Aamir Khan, Shah Rukh Khan, Kangana Ranaut, producers Ekta Kapoor and Boney Kapoor, directors Imtiaz Ali and Aanand L Rai, and playback singer SP Balasubrahmanyam, along with selfies with the PM going viral, the event was part of a growing list of outreach by the PM to engage the who's who of Indian entertainment to reach a wider audience.

This is not the first time that PM Modi has used popular cultural references. In 2014, his jibe at Rahul Gandhi, whom he often referred to as 'Shahzada' or prince, for driving a bike that belonged to a history-sheeter as getting inspired by the movie Dhoom 3 famously bumped his popularity among the youth. 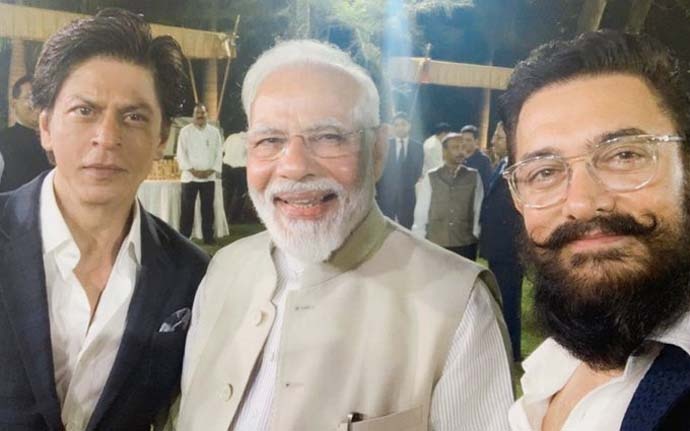 The Hindi film industry became the world's largest film producing outfit in 1971, when it produced 443 films in a single year, it was only in 2012 that Hollywood caught up with that number. By then Hindi cinema was churning out over 1,500 films annually.

In the mid-1970s, when western media started exploring the frenetic film scene in Asia, it put Parveen Babi on the cover of Time magazine in 1976, and the same year also saw Kabir Bedi become a television star in Italy with Sandokan (1976). Later, Persis Khambatta featured in Star Trek: The Motion Picture (1979), but such instances were considered exotic and didn't change the stature of Hindi cinema vis-à-vis the West. Bollywood as a force to reckon with began to come up in the mid-1990s after the global success of Dilwale Dulhania Le Jayenge and then in 1999, when Amitabh Bachchan was voted the Superstar of the Millennium in a BBC News online poll, where he piqued the likes of Sir Laurence Olivier and Sir Alec Guinness, who came second and third respectively.

Still, the power of Indian cinema, especially Hindi films, and now 'Bollywood', as a soft power tool hasn't been employed as effectively as it could have been. It has managed to endear itself to cultures across the globe. However, this could probably be due to the presence of a significant Indian diaspora. On the contrary, popular Hindi cinema has been used as a more potent tool within the country where right from the time of Jawaharlal Nehru to Modi, nearly every Prime Minister has used some aspect of Hindi cinema to connect with the masses.

Nehru inspired the top-three boxoffice stars of the 1950s – Dilip Kumar, Raj Kapoor and Dev Anand – to imbibe some aspect of his brand of socialism. After a screening of Shaheed (1965), Lal Bahadur Shastri invoked the patriot in the film's star Manoj Kumar to make a film based upon his clarion call of "Jai Jawaan, Jai Kisaan."

The result was Upkar (1967), where Kumar's character Bharat readily gives up his life as a farmer to join the Army when the dark cloud of war looms over India. Indira Gandhi reportedly ordered Doordarshan to telecast Bobby (1973) as the Sunday evening film in 1977 to undermine a massive Janata Party rally that was supposed to be a show of strength against her. Rajiv Gandhi even got his then close friend, Amitabh Bachchan, to join the Congress and unleashed him against Hemwati Nandan Bahuguna in Allahabad.

Later, Rajiv also got Rajesh Khanna to contest Lok Sabaha election against LK Advani in New Delhi in 1991. The power of popular films is immense in India, where they can be used to convey all kinds of messages both onscreen as well as beyond. 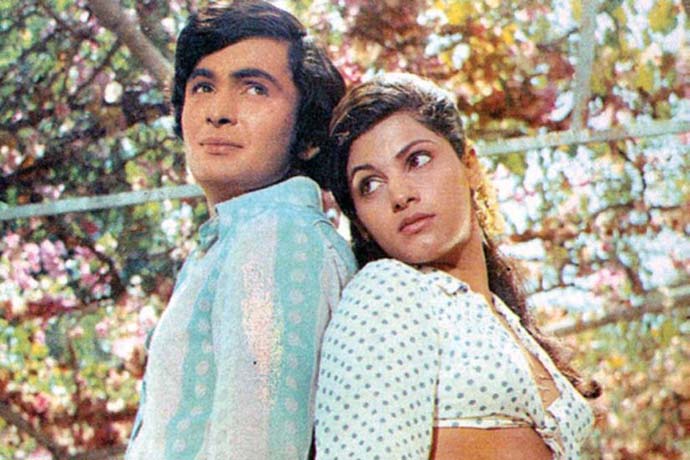 Raj Kapoor's Bobby was telecast as the Sunday evening film in 1977 to undermine Janata Party rally that was a show of strength against Indira Gandhi. (Photo: YouTube screenshot)

When reel gets real

The Russian Bolshevik government's first Commissar for Education, Anatoly Lunacharsky, who, inspired by Lenin's remark that film was the most important of arts, used films to convey the Communist ideology to the average viewer. Meanwhile in the United States, the Pentagon is said to be involved with the making of films such as Top Gun: Maverick. Unlike Russia and the US, India is yet to optimise Bollywood's use. In 2016, PM Modi expressed his concern over the happenings in Balochistan in his Independence Day speech. A few days later Brahumdagh Bugti, the exiled grandson of slain Baloch nationalist leader Akbar Bugti, requested Indian cinema to make a movie on the Baloch struggle with someone like an Amitabh Bachchan playing his grandfather.

The impact of a mainstream Hindi film could far outdo official efforts to highlight the Baloch cause. Actors Kader Khan, Raaj Kumar and Amjad Khan all hailed from Balochistan.

It is amply clear that reel life can impact real-life, be it in geopolitics, domestic politics, or something as simple as marketing tools for civic services or a better life. The soft power of cinema is a potent tool if handled adeptly, more so now, given the outreach, it has in a highly interconnected world.

So, don't be surprised if the PM decides to use some soft power tools for hard messaging.

Also read: War's success shows critics and audiences differ on what is a good film