The Deshbhakti Hit: Why Bollywood's patriotism can never be questioned

Freedom struggle, Partition, Bhagat Singh, East vs West and sports are only some of the most familiar themes in patriotic Hindi cinema.

"I was born in the city of Bombay ... once upon a time… I was born in Doctor Narlikar's Nursing Home on August 15th, 1947… Clock-hands joined palms in respectful greeting as I came. Oh, spell it out, spell it out: at the precise instant of India's arrival at independence, I tumbled forth into the world."

The beauty of Rushdie's incandescent prose holds the reader in a trance. Read today, the introductory lines of the magic-realist classic resurrect memories of the sacrifices that unshackled our nation from centuries of colonial rule, which had turned us into victims of self-pity who dreamed of emancipation someday.

January 26, 1950, was the day when the Indian Constitution came into effect. It was the second significant occasion that would catalyse the average Indian's journey towards self-actualisation in a free world.

Somewhere inside a few Mumbai film studios, producers and directors realised that the Indian citizen of that period was inhabiting a cusp of change. The society in fervent transition was trying to jettison its recent history under British imperialism, while embracing the Nehruvian vision in politics.

Slowly, steadily, we were heading toward a brave new world. 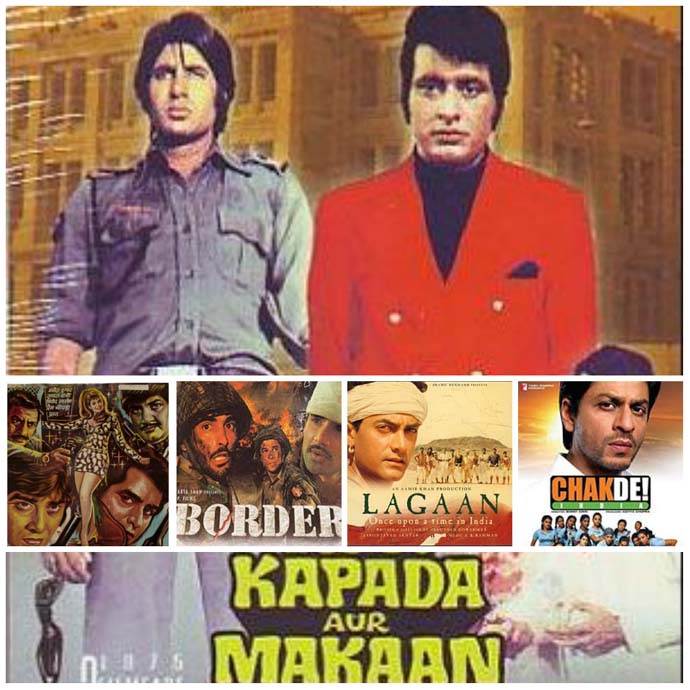 Nationalism is common to all these films! (Photo: DailyO collage)

The legendary artist Pablo Picasso famously said: 'Everything we can imagine is real.' Picasso's grand proclamation must not be taken literally; yet, there is little doubt that reality inspires art.

History is proof that many filmmakers have been inspired by their socio-cultural surroundings while incorporating the idea of nationalism in their films. It happened in the past when a newly independent India, having extricated itself from the clutches of British rule, understood the relevance of patriotism much better. It happens today, although filmmakers have diversified insofar as their choice of subjects is concerned. An interesting instance is Sohrab Modi's Jhansi Ki Rani (1953) based on Rani Laxmibai, the intrepid 19th-century queen immortalised in folklore and poetry, who had taken on the might of the British Empire during the Great Indian Rebellion of 1857.

The recent film Manikarnika: The Queen of Jhansi is another cinematic exploration with the same protagonist.

The film is a reminder that nationalist ideals and patriotic sacrifices remain close to our hearts long after India's rebirth as a free nation.

Creativity that doesn't try to find a new way forward can only lead to stereotypes — and thus, not be creative at all. That, the enterprising team of maker Ashutosh Gowariker and actor-producer Aamir Khan appeared to know before they started work on the acclaimed historical sports drama, Lagaan (2001).

Lagaan was masterfully made, and not simply because the film had great music, fine sets, good direction and performances. Set in a fictional 19th-century village of Champaner, the plot coalesced two themes that India loves — cricket and patriotism.

The affluent and powerful white oppressor who played cricket, and the impoverished oppressed who were clueless about the game, locked horns in a fairytale match that the latter won, which not only changed their destiny but also enthralled the viewer who was eager to see a victory for the rural underdog.

Sports has always been an adhesive that brings India together. Nationalism has been the driving force of such films, which have frequently depicted the conquest of seemingly insurmountable challenges. When actors playing sportspersons have erupted in joy after wins, their emotions have tugged at the viewer's heartstrings, often bringing tears to his/her eyes.

Shimit Amin's Chak De! India (2007), the dramatic story of a disgruntled and disgraced former hockey player-turned-coach of the Indian women's team, consisting of players from different parts of the country, is one such film.

Nitesh Tiwari's Dangal (2016), a brilliant biographical drama, based on the lives of champion female wrestlers Geeta Phogat and Babita Kumari, is, once again, a story about the triumph of the underdog who must confront social prejudices and other stiff challenges while pursuing their dreams.

Omung Kumar's Mary Kom (2014) is the eponymous biopic of a boxing legend from Manipur, who had to fight many wars in life while chasing her goal. 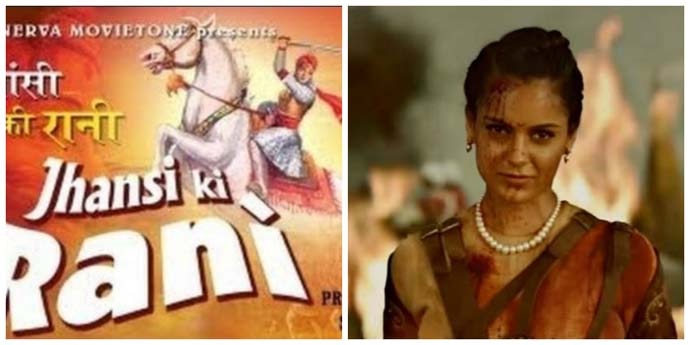 Manikarnika is the latest but not the first film on Rani Laxmibai. (Photo: YouTube/Twitter)

Neeraj Pandey's MS Dhoni: The Untold Story (2016) is the story of the former Indian cricket captain, who rose from humble origins to lead the country with distinction in its most popular and competitive sport.

Rakeysh Omprakash Mehra's Bhaag Milkha Bhaag (2013) is the biopic of the legendary Indian runner, Milkha Singh, who became famous as the Flying Sikh, a derivative of the term used for Finnish running greats, who were known as Flying Finns.

Common to such sports films is the emphasis on national pride. These sportspersons have served India and brought honours back home, adding valuable chapters to the nation's story of progress. The national flag fluttering in all its glory, which is often seen in these films, tells the viewer that they haven't bowed down meekly when faced with sturdy international challenges.

They have fought hard. They haven't given up — and they have triumphed.

Bollywood and patriotism have never been far apart. There have been times when makers have tilted towards jingoism, like Anil Sharma did in the hugely successful Sunny Deol-starrer, Gadar: Ek Prem Katha. The recently released Aditya Dhar-helmed Uri: The Surgical Strike treads a similar path, the difference being that it is a modern-day war film that manages to avoid being cacophonic in its declaration of intent. Predictably, Indian freedom fighters have been the subject of many films.

Filmmakers and actors have been particularly fascinated by the character of the militant freedom fighter, Bhagat Singh.

In 2002, as many as three films about Singh were released. Sonu Sood played him in Shaheed-E-Azam, Bobby Deol in 23 March 1931: Shaheed and Ajay Devgn in The Legend of Bhagat Singh. 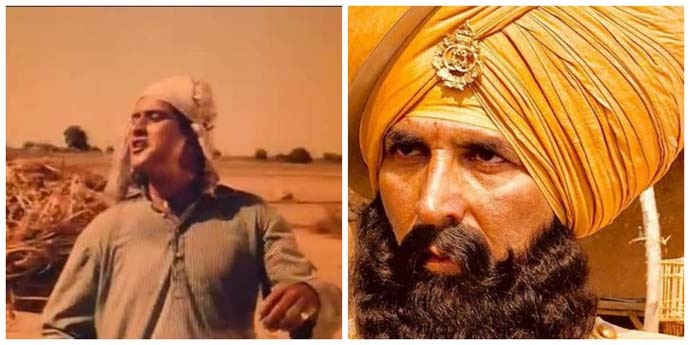 In the history of Hindi nationalistic films, one person who stands out is Manoj Kumar, who was nicknamed 'Bharat Kumar' because of his passion for working in such films. Kumar, too, played Bhagat Singh in the much-appreciated S Ram Sharma's Shaheed (1965).

Motivated by former Prime Minister Lal Bahadur to make a film on the 'Jai Jawan Jai Kisan slogan', he directed and also played the double role of a soldier and a farmer in Upkar (1967).

Guess what — the former brought the latter to its knees! Such subjects appealed to the audiences of the era in which Kumar played the hero, making him one of the major stars of his times.

It has been seen that nationalistic films are frequently set against the backdrop of significant subjects, such as Chetan Anand's classic Haqeeqat (1964) that revolves around the Sino-Indian War of 1962. Bedabrata Pain's Chittagong (2012), an underrated film, tells the story of 'Masterda' Suryasen, a revolutionary who led an attempt to raid the Chittagong armoury in Bengal Presidency during the Chittagong uprising.

War films like JP Dutta's Border (1997) and Farhan Akhtar's Lakhshya (2004) end with victories for the Indian Army against the common enemy we love to hate: Pakistan. Though war films haven't always worked at the box-office, the subject continues to excite filmmakers even today.

It is, perhaps, surprising that India and Indianness have played major roles even in urban romantic comedies like Aditya Chopra's Dilwale Dulhania Le Jayenge (1995) in which our cultural values are eulogised while its Western counterpart is subtly criticised. A turning point in Hindi cinema, DDLJ was followed by several films that had a similar approach to storytelling.

The actor, who was recently seen in films like Reema Kagti's Gold (2018) and Raja Krishna Menon's Airlift (2016), is now acting in Anurag Singh's Kesari that is based on the Battle of Saragrahi of 1897 in which 22 Sikh soldiers led by Havildar Ishar Singh (Kumar in the film) took on around 10,000 Afghans. Kumar, who has marketed his newfound image very well, can be expected to express his nationalistic zeal in the film.

Pride in one's nation is a wonderful thing. That is, obviously, the reason why many nationalistic films have been attempted by directors from time to time.

The big worry is that films that revolve around politics or war might become increasingly jingoistic with time. That won't please some seekers of balanced views and credible depictions. It is for their sake that the filmmaker needs to be unbiased — and also if s/he wants to make an impressive film.

Post your comment
#Akshay kumar, #Bollywood, #Manikarnika, #Cinema
The views and opinions expressed in this article are those of the authors and do not necessarily reflect the official policy or position of DailyO.in or the India Today Group. The writers are solely responsible for any claims arising out of the contents of this article.