How books are changing Bollywood

Despite the popularity of films based on books increasing in the past few years, overall the traditionally organic relationship between literary works and cinema has undergone a transformation. Although a film based on a book is no longer a novel idea, no pun intended, the degree of exchange between the two is poised to change.

The interplay between popular literature and popular cinema is about to probably be at the same level as it used to be in the 1930s where cinema in a still nascent stage would readily turn to literature for source material.

In addition to initiating a new phase in the manner the so-called women-centric films are perceived by Hindi films, the success of the Alia Bhatt-starrer Raazi, which is based on Harinder S Sikka’s 2008 spy-thriller Calling Sehmat, could have also rekindled an interest in contemporary literature beyond the kinds that make headlines.

In its early days, cinema had developed its own unique grammar and had attracted not just literary works but also the interest of authors such as Rabindranath Tagore. It was in the 1920s that Tagore’s stories such as Manbhajan, Balidan and Bicharakwere filmed and the manner in which the image managed to self-support without words had impressed him immensely.

In fact, in 1932, New Theaters had even announced that Tagore himself would direct a film called Natir Puja. In an essay in Narratives of Indian Cinema, author Lalit Joshi mentions that while it’s not certain if Tagore actually directed the film, as there is no surviving print of the film, Tagore continued to be enthralled with the format and collaborated with music directors such as Pankaj Mullick in PC Barua’s Mukti (1937).

As the format itself was new, studios in the mid-1930s routinely adapted classics and for them, there was hardly any difference in picking up a story or employing the authors who penned them such as Munshi Premchand, Amrit Lal Nagar and Bhagwati Charan Verma amongst others to develop scripts.

Premchand wrote such a powerful script for Mazdoor, a film that depicted the poor conditions of the labour class; some influential businessmen didn’t allow it to get released. Soon nearly every writer who had some literary ambition became adept at juggling films and names such as Sadat Hasan Manto, KA Abbas, and Ismat Chugtai became common on film credits.

The reason filmmakers across the 1950s and 1960s could easily adapt books into films could have to do with the fact they had probably grown up reading more books than watching films. Right from the mid-1950s when the studio system had almost ended new-age producers such as BR Chopra and Dev Anand not only continued to look towards literary heavyweights like Chugtai, Abbas, Kafi Azmi, Sahir and Rajinder Singh Bedi but also set up a dedicated department to develop stories.

Chopra hired stalwarts such as Pandit Mukhram Sharma and Akhtar ul Iman to furnish scripts, and Dev Anand was actually friends with the new generation of post-Independence writers like RK Narayan and Raja Rao. In fact, Anand was considering adapting either Raja Rao’s Kanthapura or Pearl S Buck’s The Good Earth when the Nobel laureate herself suggested Narayan’s The Guide as an option. 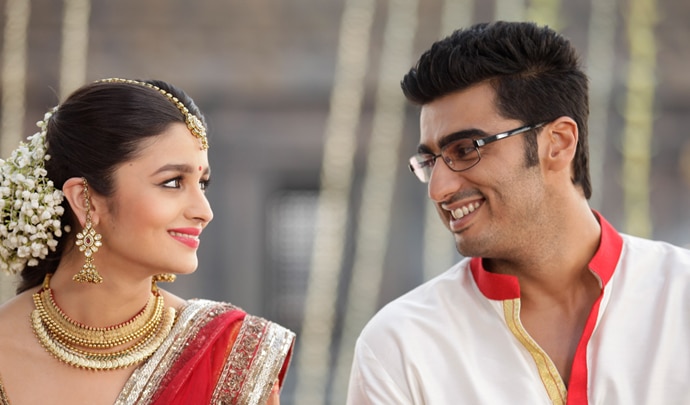 The popularity of films and the impact of cinema on literature can be gauged by the kind of popular books that were adapted for the screen in the 1970s. This is an era when Gulshan Nanda (Kati Patang, Khilona, Daag, Sharmelee and Naya Zamana) and Kamleshwar (Aandhi, Mausam, Chhoti Si Baat and Rang Birangi) were among the most popular literary names in films and although there were gems such as Kafi Azmi’s adaptation of Heer-Ranjha, Vijay Anand’s Tere Mere Sapne based on AJ Cronin’s Citadel, Satyajit Ray’s Shatranj Ke Khiladi (Premchand), the former outnumbered the latter.

The two unlikely films that nearly revived the Bombay film industry’s keenness in literature in the 1990s were Rudali, based upon a short story by Mahasweta Devi, and English, August that was adapted from Upamanyu Chatterjee’s novel.

The two couldn’t create a big enough impact but this was also an era where reading as a habit was losing the charm, a trait that revealed itself in the manner filmmakers blatantly plagiarised or remade films left, right and centre.

In that aspect, whether one likes or disapproves the author, the fiction of Chetan Bhagat single-handedly changed the relationship between Bollywood and present-day literature. Had it not been for his books getting optioned into future blockbusters (3 Idiots, 2 States, Kai Po Che), novels or books would not have been considered a goldmine for scripts and as a result, making any producer understand the possibility of turning an Almost Single into a Kahaani or a Bombay Fables, a book by a Princeton University professor, into a Bombay Velvet would have entailed twice as much of hard work.

Much like the 1970s where films, in a way, changed the lexicon of popular literature, today, things such as the Internet and social media and a 24x7 news culture have ushered in a new breed of writers not just in English but also Hindi whose works are perhaps more "cinema ready" than ever before.

Irrespective of their genre or the era they are set in, the works of Manu Joesph, Mohammed Hanif, Avirook Sen, Anita Nair, or even the comparatively younger authors such as Chitra Viraraghavan, Divya Prakash Dubey, Mahesh Rao, Anu Singh Choudhary, Pankaj Dubey, Shuchi Singh Kalra to name a few, could very well be the vanguard of an interesting change for cinema.