Subtitling: How Indian films lose out at Cannes

The vast majority of Indian films screened at Cannes in recent years had French subtitles based on English rather than their original language.

The announcement of the official selection of the Cannes Film Festival has elicited customary reactions from Indian cinema enthusiasts. Many have ended up lamenting another poor catch and adding one more unit to the number of years since an Indian film was last seen in the official competition (24, since Shaji N Karun's Swaham).

Those who prefer to see the glass half full, of course, rejoice that Nandita Das' much-awaited Manto has made it to Un Certain Regard. Indeed, this section is considered to showcase a more original and audacious brand of cinema. Prominent former nominees include Aditya Motwane's Udaan, Kanu Behl's Titli and Neeraj Ghaywan's Masaan. 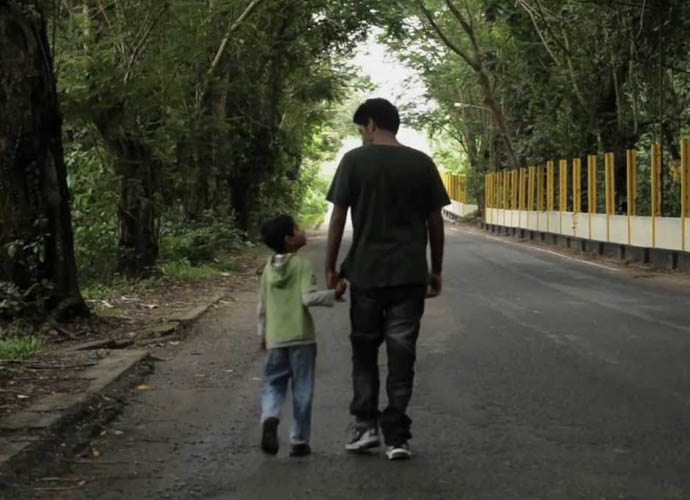 But as London-based critic Guy Lodge notes, while Cannes sidebars such as Critics' Week or Directors' Fortnight have been "kinder to Indian cinema", they cannot be placed on an equal footing with the main, more prestigious sections. When asked which films should have made it to the official selection, his answers were Gangs of Wasseypur, The Lunchbox, Salaam Bombay! and even Sanjay Leela Bhansali's Devdas, which was screened out of the competition in 2002, causing quite a few eyebrows to be raised at the time. Technically, none had been "selected by the Cannes Film Festival. That's a key difference," Lodge sums up.

The issue is even more embarrassing than India's poor performance at the Olympics, given the unique place of cinema in the country's popular culture and the unique place of India in world cinema. Apart from being the largest industry by the number of films produced, India is also the first country by admissions, with every second ticket sold worldwide, way ahead of the US, China, Mexico and South Korea. How come then India is the only one of these countries not to have had a single film in official competition for more than 20 years?

Subscribing to Urbain Bizot's sweeping judgement that India has "the worst film production in the world" or to the equally simplistic assumption that Cannes' selection committee is biased is not a serious option. We must strive to find more meaningful explanations.

One theory focuses on the importance of language in the reception of a foreign film. The fact that Indian cinema has been struggling to be taken seriously in the West can be attributed to some of its idiosyncrasies but one should not underestimate the role of translation as a bridge between a work of art and its audience.

The vast majority of Indian films screened at Cannes in recent years, if not decades, had French subtitles based on English rather than their original language. Quite a number had subtitles made by non-professional translators. This is in sharp contrast not only to best practice, but also to what happens with other industries. Films from Iran or Japan, for instance, get a much better treatment.

The problem could very well lie with the status of translation itself. India is known to be a multilingual country. Not only does it have a record number of official languages, but about a quarter of its population is bi- or trilingual. The knowledge of languages is by no means restricted to the more affluent or educated strata of society and it's not unusual to see a humble market stall keeper selling his goods in a variety of languages.

Translation, in other words, is a day-to-day practice in India, and therefore easily taken for granted. But the same way taking a picture or a video with your smartphone doesn't make you a Raghu Rai or a Satyajit Ray, being able to bargain in more than one language doesn't make you an interpreter. The lack of qualified translation professionals not only in the Indian economy, but also in diplomatic and military circles, has been highlighted by several observers. While Russia and China, two fiercely monolingual nations, have several universities having joined CIUTI, an international organisation dedicated to excellence in translation and interpretation, a multilingual India is conspicuously absent from its member base.

Post graduate training in translation remains severely inadequate and understaffed, not to mention audiovisual translation, where the only place of training countrywide is a tiny private academy founded in 2016 in Chennai.

Subtitling thus remains the only post-production process to be routinely entrusted to untrained non-professionals. And the resulting lack of quality is not merely subjective. Recent Netflix data shows that among 28 "preferred vendors" for text localisation, the one with the highest redelivery rate (failure to comply with quality standards leading to the rejection of deliverables) is the provider based in India.

But what difference does text localisation really make?

First of all, films with substandard subtitles become considerably harder to sell to international festivals. Indian films are often remote to Western audiences by their subject and cultural background. A typo, an awkward phrase or a wrongly timed subtitle is often all it takes to disengage and disconnect viewers, at first momentarily, but then more and more irreversibly. "I have seen Indian films at top festivals where the audience laughed at a poignant moment because of ridiculously bad English subtitling," says Meenakshi Shedde, South Asia consultant and curator to the Berlin and Dubai Film Festivals.

But even a film with the best possible English subtitles will see its potential impact significantly reduced if subtitling into other languages is not based on the original script. Box-office figures from recent years suggest a consistent commercial advantage for Hindi films with French subtitles made professionally rather than through "relay" translation. This competitive advantage translates into an increased critical interest and a stronger bottom line for distributors.

How much can be imputed to botched or substandard translation in the series of setbacks suffered by Indian cinema on the international stage, from the Academy Awards, with only three films receiving nominations in the span of 60 years, to the Cannes Film Festival, whose official selection seems to have erased India from the map after 1994? We will never know. But it's certainly worth trying to amend a bad practice to see the difference made.

Also read: Kolkata is panicking about rotten animal meat, but the truth is uglier

#Massan, #Titli, #Udaan, #Indian films in Cannes
The views and opinions expressed in this article are those of the authors and do not necessarily reflect the official policy or position of DailyO.in or the India Today Group. The writers are solely responsible for any claims arising out of the contents of this article.

The writer is a French freelance translator and award-winning subtitler.