CBFC offended by 'Hanuman' in Black Panther is divine stupidity

If there is any Hollywood movie that Indians should love for myriad historical reasons, it is Black Panther. The movie is based in the fictional African country of Wakanda. It has themes of colonisation, racial uprising and overthrow of white supremacy. At the same time, it is also a film that has managed to leave the Central Board of Film Certification (CBFC) feeling perturbed enough to censor the word “Hanuman”, much like they would do with the "offensive" middle finger. Yes, the same mythical ape god who helped Ram rescue Sita from the clutches of Raavan, the demon king.

In the film, Black Panther's rival M'Baku, who belonged to the Jabari tribe, says "Glory to Hanuman”. Needless to say, that word found itself edited out when the film was released in India, no doubt to make sure Hindu sensibilities were not offended.

But why should they be? In the comic’s lore — created by Stan Lee and Jack Kirby — the Jabari tribe does worship a divine figure similar to Hanuman.

According to a report by The Quint, the Jabari tribe, in the comics, worship a gorilla god called “Man-Ape”. The filmmakers decided to rename that god to “Hanuman” in the adaptation. In an interview with Vanity Fair, Winston Duke, the actor who plays M'Baku in the film said that the name “Man-Ape” was abandoned by the adaptation for obvious reasons. Over time, ape, monkey and other simian words have been used as racial slur for Africans and those with African roots in both real life, and in popular culture depictions and metaphors. 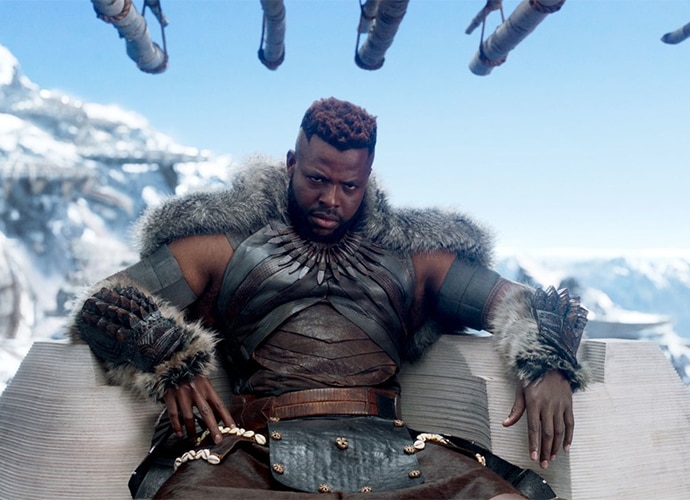 He added that: “They haven’t been affected by colonialism and all the narratives that are associated with developing a sense of inferiority and people comparing them to animals. To them, this is just who they pray to, and they find their strength and agency in this religion. So being a bit gorilla-influenced was a sense of pride for them.”

A Twitter user called Shivam Bhatt, in a thread, tried to explain the possibility of Africal culture being influenced by India.

What i *do* know, though, is story structure, history, and syncretism. In the movie, BP needed a foil who didn't follow the prime faith of the culture to cast doubt on his leadership. That's standard hero tale stuff. Panther's crew worshipped Bast, so this other needed to not.

The movie casts the Jabari as a tribe that didn't buy into the first panther's plan, and never abandoned their own roots as a tribe with a different deity. Where is your god now, etc. So how do Bast and Hanuman show up together?

Religious syncretism! The same way Hanuman showed up in Hinduism in the first place. Sometimes your pantheon has a hole in it, and another culture introduces you to a god that fits that slot perfectly, and so you adopt that deity wholesale.

See Isis in Greek Temples and so on. And it makes sense that a tribe based around worshipping and acting like Gorillas would take to a Monkey lord of strength and courage and loyalty (look at how M'Baku acts when talking about his people!)

And yes, Hanuman is a monkey, not a gorilla, but details always change with cultural transmission to fit the needs of the receiving group. Thus Durga riding a Lion in one part of the faith and a Tiger in another

but what about the source culture? India's not on Africa. It does, however, have boats, and milennia of experience going back and forth between the land masses. Gujarati and Malayali traders and sailors plied the spice trade back and forth, and brought language and faith too

In every sense, Hindu mythology has often treated Hanuman like a superhero. He can fly. He has super strength. He is righteous. And all this, when Hanuman was not a god himself.  Additionally, the reference of Hanuman in Black Panther makes more sense from a tribe of good-hearted vegetarian renegades who help those in need.

In addition, it would only have been a smart move to retain a reference that large numbers of Indians understand fully, in a movie about black power. So why does the word "Hanuman" offend Hindus? Or why is the CBFC afraid it would do so?

For good reason, perhaps. Cinema in India manages to offend extremist groups rather easily. The Padmaavat controversy is enough to exemplify how touchy right-wing groups can get about references to mythology. In addition, back in 2015, several people did get riled up over another Marvel movie that had a reference to a Hindu god.

In the trailer of X-Men: Apocalypse, the film’s titular character and prime antagonist Apocalypse, a powerful mythical mutant, said, “I have been called many things over many lifetimes: Ra, Krishna, Yahweh.”

Needless to say, that reference never reached Indian audiences because it was censored when the film was released.

Also read: They may not like each other much, but Mamata and Modi have much in common