The Disciple took two years to research and write, with one year to prepare and shoot, and then another year on post-production.

The first-time filmmaker Chaitanya Tamhane travelled to Venice it was with his maiden feature, Court (2014), which was part of the Orizzonti (Horizons) section of the festival. He’d return with the Best Film and the Lion of the Future awards. Two years later, he was invited as a juror of the Orrizonti programme. On his third trip, Tamhane travelled with his sophomore feature, the Marathi-language drama, The Disciple (2020), of the main competition. 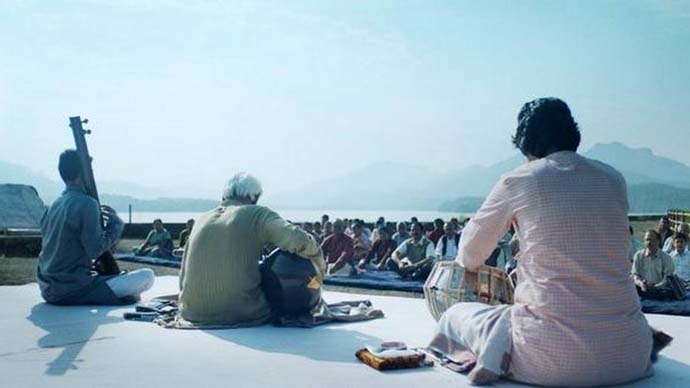 (Photo: Still from The Disciple)

The jury headed by Oscar-winning actress Cate Blanchett will decide if Tamhane, 33, can have the honour of winning awards in both Orrizonti and main competition. Following up on a debut which wowed audiences and critics and won the National Award for Best Film, Tamhane says he didn’t feel the pressure while working on his second film, which unlike Court is a “journey of one protagonist, [has] no formal politics and is a lot more subjective”.

“Before I started writing I might have felt some anxiety,” added Tamhane. who was at the Rolex Arts Weekend in Cape Town in early February. (In 2017-18 he was a protege in cinema, getting to learn from Alfonso Cuaron) Tamhane is not weighed down by expectations. “I never take anything the world has to say too seriously,” he said. “I am immersed in the process of creating.” The Disciple took two years to research and write, with one year to prepare and shoot, and then another year on post-production. That’s the time Tamhane says he needs to “do justice to the expression” he has. “I do feel the need to be more productive and disciplined,” he added. “But [filmmaking] is an unstable profession and one disaster and you are out.” Tamhane is conscious that he is operating at a time when “it’s more about churning out the quantity and creating anxiety in viewers about missing out new series” but he’s proud that he is “privileged to stay away” from the rat race. With both his films making it at the Venice Film Festival, it’s a strategy that appears to have worked well.