Daily Recco, May 17: Chanakya's Chant from a contemporary perspective

Ashwin Sanghi's Chanakya's Chant was among the first books on Indian historical subjects seen from a contemporary standpoint.

Some books go on to become symbolic of a type of change they help usher in even if they themselves may receive only mixed reviews.  They typify a certain style of prose or storytelling that then gets honed and improved across subsequent books. Ashwin Sanghi's Chanakya's Chant is one such book that added a whole new sub-genre to India's book market. 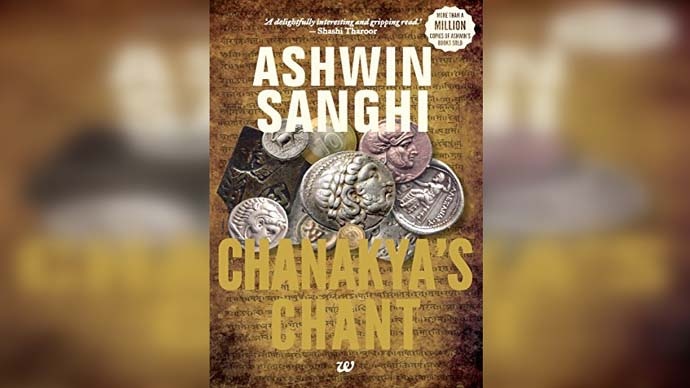 Sanghi's 2011 novel was his second attempt after the gripping Rozabal Line (2009). Glimpses of what he showed in his first book are on display in Chanakya's Chant too. The non-linear storytelling adds a certain grip and edginess to the tone.

Chanakya's Chant is a story told in two timelines. One follows the rise of Indian political philosopher Chanakya in 4th century BCE, and the second is of a political machinator in the current era pushing his protégé to the seat of power in New Delhi. The idea presumably is to mirror the nature of politics 2300 years apart, and the book does a good job of this.

The target of the parallel storylines creates two opportunities. First, it allows contemplation of sorts over whether politics has changed over 2300 years. Second, it sets up for 'aha' moments in both story arcs where informed readers might pick up on a real-world personality and event that finds its way into the book. The character of Chandini offers up multiple such moments by using traits and events relating to a certain short-haired former Prime Minister.

The particularly good parts of the book are the storyline following Chanakya and Chandragupta. They are tighter and better written than the modern storyline, which can at times stretch your skills at suspending disbelief. However, the modern storyline has a moment where it shines on its own merit.

Chanakya's Chant was among the early shots fired in the onslaught that came after it, of books being written on Indian historical subjects seen from a contemporary standpoint. It also established the viability of storylines with a smattering of irredentism. As long as you do not go into it with the expectation of a history lesson, Chanakya's Chant is a good read, light in its prose and on its toes with its flow.

Also Read: Asura, the tale of Ravana and his people

#Ashwin sanghi, #Chanakya's chant, #Dailyrecco
The views and opinions expressed in this article are those of the authors and do not necessarily reflect the official policy or position of DailyO.in or the India Today Group. The writers are solely responsible for any claims arising out of the contents of this article.