What the Quran reveals about the birth of Jesus

In Islam, Isa is Ruhullah or Spirit of God, but a Prophet.

The most mentioned Prophet in the Quran, the holy book of the Muslims, is Jesus. He is mentioned by his Arabic name Isa or as ibn Maryam, son of Maryam, and as the masiha or messiah. In fact, Maryam or Virgin Mary is the only woman who is mentioned by name in the Quran. With Christmas round the corner, I’d like to revisit the story of his virgin birth, as given in the Quran.

Maryam (the Arabic name of Mary) was born very late in life to her parents Hannah bint Faqudh and Imran. Hannah and Imran had been married for 50 years without having a child. One day, overcome by her maternal instincts after seeing a bird feeding a chick, Hannah once again prayed and vowed that if her husband and she were blessed with a child, she would dedicate him/her to the service of her Lord.

Imran, her husband, was a priest at Bait-ul-Muqaddis (Temple of Solomon) in Jerusalem and he joined her in prayer. He had often been taunted that every righteous man had been blessed with a child save him. In despair, he left his house to go to the mountains to pray in solitude.

While Hannah prayed in the garden, Imran prayed in the mountains and Allah was listening in the heavens; thus, she became pregnant.

Unfortunately, Imran died before the pregnancy came to term and was not around to share the joy of his daughter’s birth. Hannah, crying tears of joy at her child’s birth and grieving that Imran was deprived of his joy, named the baby girl Maryam.

As vowed, she wrapped the infant in swaddling clothes, took her to the temple and handed her over to the rabbis. The Inn at Bethlehem Mughal; 1600-05. PC: Victoria and Albert Museum

Zakariah (the Arabic name of Zachariah), the husband of Hannah’s sister, was chosen as her guardian after conducting a lottery: the family decided to go to the banks of River Jordan and throw the pens with which they wrote the Torah into its waters; whosoever’s pen stayed afloat would become Maryam’s guardian. Zakariah’s pen remained afloat, while the rest of them sank to the bottom.

He was also the father of Yahya (the Arabic name of John the Baptist), who was to prepare the world for the coming of the messiah, Isa.

In the temple, Maryam grew up to be a beautiful girl with a noble visage and pious disposition.

When she attained puberty, Zakariah gave her a separate room in the temple where she continued practising her devotion to God. Whenever Zakariah would visit the room, he would find her with baskets of fresh fruits and food, some of the fruits being out of season.

He asked her, "O Mary! Whence (comes) this to you?" She said: "From Allah. for Allah Provides sustenance to whom He pleases without measure."

Ali Ibn Abi Talib narrated that Prophet Muhammad said that the best of the world’s women were Maryam and Khadijah in their respective lifetimes. Indeed, Maryam was God’s chosen one and one day she found out why. 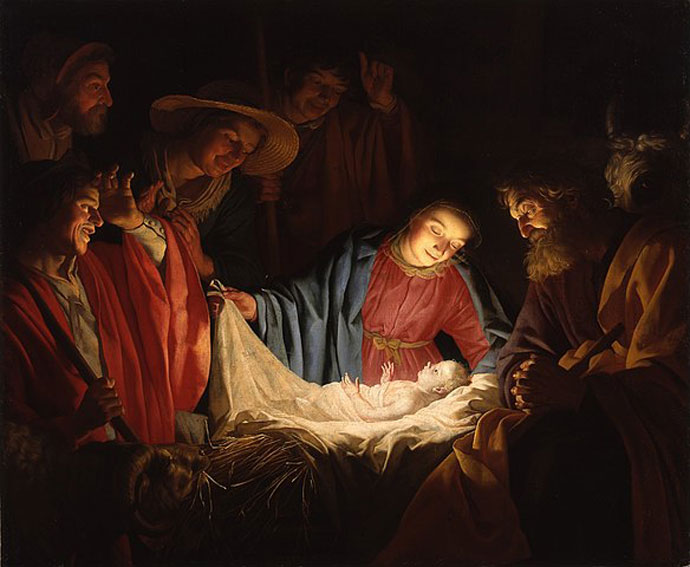 While praying, she was visited by an angel in the form of a man. Confused, she put up a screen between herself and the angel, and cried, “I seek refuge from thee to (Allah) Most Gracious: (come not near) if thou dost fear Allah.”

The angel reassured her: “Nay, I am only a messenger from thy Lord, (to announce) to thee the gift of a holy son.”"O Mary! Allah hath chosen thee and purified thee — chosen thee above the women of all nations.”

"O Mary! Allah giveth thee glad tidings of a Word from Him: his name will be Christ Jesus, the son of Mary, held in honour in this world and the Hereafter and of (the company of) those nearest to Allah.

"He shall speak to the people in childhood and in maturity. And he shall be (of the company) of the righteous."

An overwhelmed Maryam replied, “O my Lord! How shall I have a son when no man hath touched me?”

He said: “Even so: Allah createth what He willeth: When He hath decreed a plan, He but saith to it, 'Be,' and it is!”

The angel further went on to describe the Prophethood of Jesus and that he would be an apostle to the Children of Israel.

So far, Maryam’s life had been prayers and devotion to her Lord in a secluded corner of the temple. She had no worldly knowledge and could not quite comprehend what she had been told. Soon, she was pregnant.

Having had no physical relationship with a man, she was mortified and had no idea how to explain it to the world. So she decided to retire to a remote place.

Her first stop was her own birthplace Nazareth, but fearing the taunts and barbs of the people on an unmarried girl giving birth, Maryam withdrew to the hills of Bethlehem, to the east of Jerusalem, away from the gaze of her family and well-wishers.

Maryam lived in the hills for the period of her pregnancy during which her Lord provided her sustenance. She was told by God to stay in seclusion and not talk to anybody. 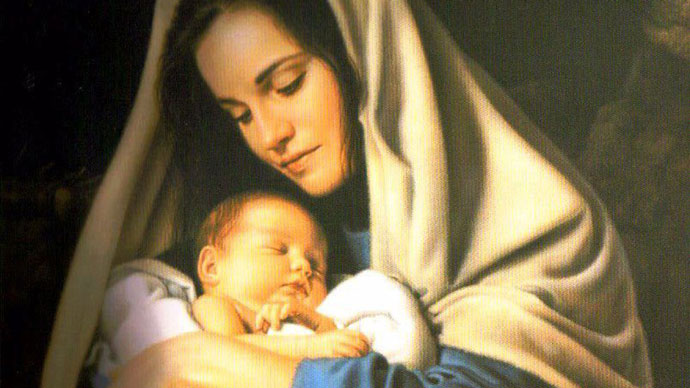 It was her son who was the witness to the purity of her character.

She lived here till the baby was born. Having never seen a baby being born, she had no idea of labour pains and cried out in anguish:

And the pains of childbirth drove her to the trunk of a palm-tree: She cried (in her anguish): "Ah! would that I had died before this! Would that I had been a thing forgotten and out of sight!"

But (a voice) cried to her from beneath the (palm-tree): "Grieve not! for thy Lord hath provided a rivulet beneath thee;

"And shake towards thyself the trunk of the palm-tree: It will let fall fresh ripe dates upon thee.

"So eat and drink and cool (thine) eye. And if thou dost see any man, say, 'I have vowed a fast to ((Allah)) Most Gracious, and this day will I enter into not talk with any human being.'"

At length she brought the (babe) to her people, carrying him (in her arms). They said: "O Mary! truly an amazing thing hast thou brought!”

When the people of Nazareth taunted her at the birth of the baby, the infant spoke as prophesied by the angels.

"I am indeed a servant of Allah. He hath given me revelation and made me a prophet;

"And He hath made me blessed wheresoever I be, and hath enjoined on me Prayer and Charity as long as I live;

"(He) hath made me kind to my mother, and not overbearing or miserable;

Maryam decided to return to Jerusalem with the baby. The people of the city who knew her as a virtuous woman were shocked! She was accused of a grievous sin.

“O sister of Aaron! Thy father was not a man of evil, nor thy mother a woman unchaste!”

Maryam stoically bore all the scolding and finger-pointing. Then, a finger on her lips, she pointed toward her newborn baby, who she knew had been given the gift of speaking in the cradle. It was her son who was the witness to the purity of her character.

The townspeople said, “How can we talk to one who is a child in the cradle?”

To their astonishment, the newborn baby started speaking:

“I am indeed a servant of Allah: He hath given me revelation and made me a prophet;

And He hath made me blessed wheresoever I be, and hath enjoined on me Prayer and Charity as long as I live;

He hath made me kind to my mother, and not overbearing or miserable;

Such (was) Jesus the son of Maryam: (it is) a statement of truth, about which they (vainly) dispute.

The major difference between the Quran and the Bible and indeed Islam and Christianity are the lines:

It is not befitting to (the majesty of) Allah that He should beget a son.

In Islam, Isa is Ruhullah or Spirit of God, but a Prophet.

May Christmas be a time for celebration and peace on earth for everyone.

Post your comment
#Islam, #Christmas, #Quran, #Jesus Christ
The views and opinions expressed in this article are those of the authors and do not necessarily reflect the official policy or position of DailyO.in or the India Today Group. The writers are solely responsible for any claims arising out of the contents of this article.