Red Fort is no orphan. Why must Dalmia Group adopt it?

(Lal Qila, you are the foundation stone of Delhi.)

The Red Fort or Qila-e-Mualla has been an icon of Delhi as we know it, be it under Mughal emperor Shah Jahan, the British Raj or independent India. It was for this reason that our first Prime Minister Jawaharlal Nehru chose the Red Fort for delivering his first speech as PM, using it to address our nation every year on Independence Day — a tradition which has continued to date.

Shah Jahan built his QIla e Mubarak (auspicious fort) at the cost of Rs 1 crore, a huge sum in his time.

Today, the Red Fort has been adopted, just as 92 other monuments in the rest of india will soon be, as per the government of India's "adopt a heritage" scheme. Other countries and governments have also launched schemes to adopt monuments; for instance, we have the Coliseum in Rome adopted by Tods (a luxury shoe brand). The Trevi Fountain, also in Rome, has been adopted by Fendi. I have visited the two heritage sites. There, the adoption scheme works for corporates, who in turn work for a monument's conservation and restoration.

Close to home, in India, the Aga Khan Trust for Culture continues to do restoration and conservation work successfully with Humayun’s Tomb and Hazrat Nizamuddin Basti. In many parts of Delhi, INTACH has done this with great success, too.

How exactly does the Monument Mitra scheme work here?

It only provides public conveniences such as toilets, drinking water, cafeteria, tactile pathways and souvenir shops , audio guides, an interpretation centre, et al. For the Red Fort, the Dalmia Bharat group is paying a grand sum of Rs 25 crore from its Corporate Social Responsibility (CSR) funds.

But is the Red Fort really an orphan?

It is the Dil of Dilli — its heart — and belongs to us, the people!

It is not an orphan and even if one were to think it is, it’s a very rich orphan whose assets — we must ensure — are used for its own good.

It is already a UNESCO world heritage site and in that aspect it is intangible. 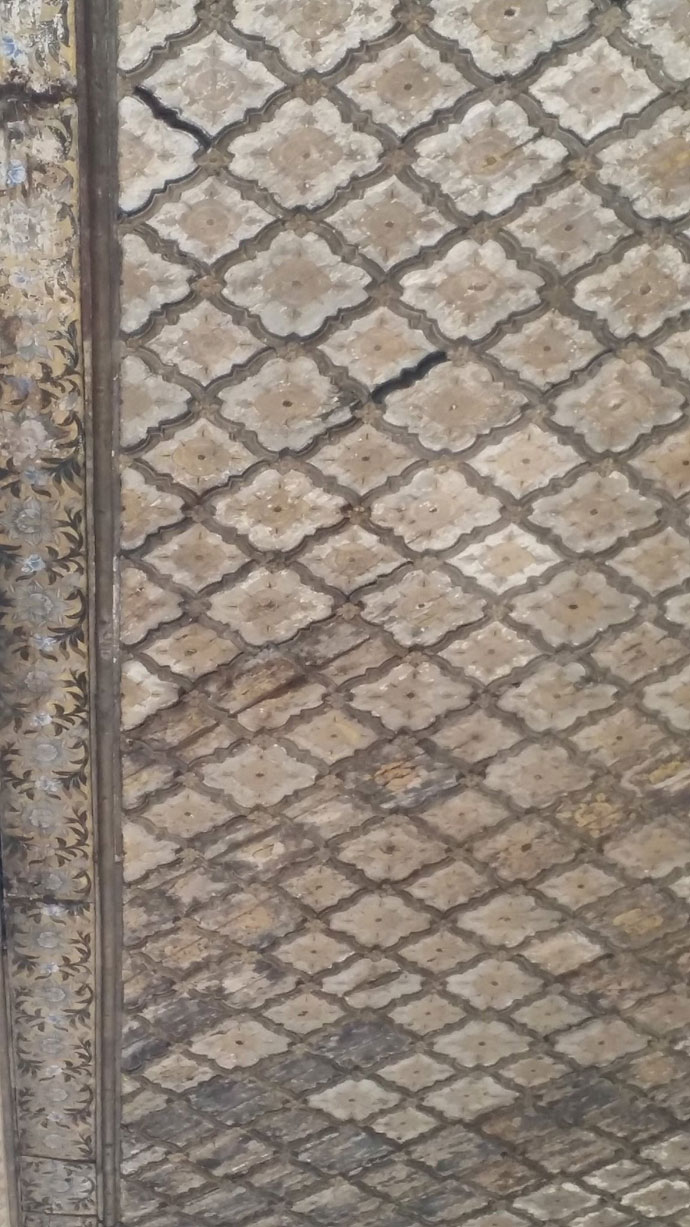 Let us look at its tangible value.

The ticket prices for Red Fort were increased in 2016. Every year, approximately 29 lakh Indian tourists visit the monument by paying Rs 30 for entry. 15 lakh foreign nationals visit the Red Fort annually, on a ticket of Rs 500.

There is a museum within the premises which charges Rs 5 for entry and is visited by 24 lakh people annually.

It is evident the Red Fort generates an annual income of Rs 20 crore in ticket sales and parking fees.

According to a Business Standard report: “The Dalmia Bharat group will charge people visiting the Red Fort after getting specific clearances from the ministry of culture and the ministry of tourism. Any revenue generated through the activities planned by the corporate house would also have to be ploughed back into the Fort's development and maintenance.” The tasbihkhana with its broken screens and discoloured stones. Photo: Rana Safvi

This is confusing, but it seems probable that Dalmia Bharat group will charge for the conveniences and not the entry tickets — the latter would still be the government’s revenue.

According to the details available on the ministry of tourism’s website, too, the Dalmia group can’t take out the money and it has to be “ploughed back into the monument”.

This brings me to a few questions:

When the monument is indeed so rich, why does it need to be adopted? Why can't the Archaeological Survey of India (ASI) itself be strengthened in order to care for its monuments, because that is why the heritage body was established. So far, Red Fort has been allotted anywhere between Rs 1-10 crore (the highest it ever got was Rs 10 crore) for conservation. What about conservation and restoration? The Diwan e Khas’s ceiling is sagging, while the ceiling of Imtiaz Mahal/Rang Mahal has gaping holes in it. The marble of the Diwan e Khas has yellowed beyond recognition. The copper plating on the doors to the khwabgah is peeling off. Who will care for its upkeep?

And if, as is being claimed, the ASI is short of funds and manpower, why hasn’t a contract been awarded for Red Fort’s conservation?

Will we have swanky toilets and cafeterias but just a crumbling monument? A monument mitra (the Dalmia group in the Red Fort’s case) does not conserve or restore. It merely maintains public conveniences.

While it can provide you sparkling clean toilets, it can't restore a world-class monument.

Does the door to the khwabgah stay broken? 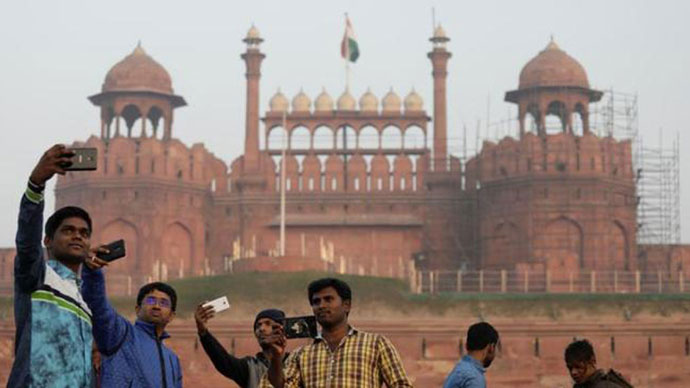 It is the Dil of Dilli — its heart — and belongs to us, the people! Photo: India Today

The ministry of tourism and culture and the Dalmia Bharat Group need to be more transparent.

Do we need toilets and other conveniences worth crores of rupees if the Red Fort itself doesn't last?

The Dalmia group, in return for the Rs 5 crore it is set to provide for the maintainence of the fort from its CSR funds, will get prime publicity.

A billboard in a prominent spot at Connaught Place or Hauz Khas would cost around Rs 5-7.20 crore a year.

On the other hand, if the Dalmia Bharat group puts up a signage on the Red Fort, it will get more than its money’s worth. It will come with intangible goodwill which any marketing executive would tell you is way beyond mere numbers. The Red Fort could even be used for semi-commercial activities.

I wonder what that means. Birthdays? Board meetings? Weddings? Private mushairas? And how much will it cost to hire the Diwan e khas for an evening? The copper-plated doorways to the khwabgah. Photo: Rana Safvi

Let me end by saying that I am not against this “adopt a heritage” scheme. I just wish the money was given to the ASI itself, which could be staffed by experts from all over the country to conserve our priceless monuments.

We don’t need foster parents for them. Our government can hire the best possible conservation and heritage experts, increase manpower on the ground and continue the glorious tradition of Sir Alexander Cunningham, the grand old man of Indian Archaeology.

Let me reiterate that the Dalmia Bharat group can’t make money out of the monument. I just wish that as in the rest of the world, the corporate would spend the money on conserving the monument and not building bathrooms. I wish the Dalmia Bharat group all the best and hope they manage the public conveniences well, increase footfall and that their money can be used to help conserve our crumbling heritage.

Because I remain a passionate lover of heritage.

Also read: Will our Red Fort be called The Dalmia Bharat Red Fort?