My summer of '88 with Dave Gilmour & Pink Floyd

We wanted to see the action up close, see the expressions of the musicians and have an intimate connect with the band.

We thought reaching three hours prior to the concert would be adequate to give us a vantage position in the forecourt of the Palais where the concert was being held.

The massive arena was already packed. And people kept streaming in. A quick decision was necessary.

We had paid through our nose for the prized ticket on a frugal government scholarship (we were pursuing a one-year course in IIAP, Paris). We deserved a ring-side view of the proceedings.

We weren’t there to watch the stage from a mile away, or look at the goings-on on the giant screens sprinkled all over the vast ground.

We wanted to see the action up close, see the expressions of the musicians and have an intimate connect with the band.

We were there to watch Pink Floyd, or rather three-fourths of it. Roger Waters had already left the band (we would see his show many years later). This was the band which was our abiding companion in college and after.

It was the one which told money to get away, get a good job with more pay and it would be okay.

It made us wonder which of the buggers to blame and to watch the pigs on the wing.

It asked us whether we thought we could tell heaven from hell, blue skies from pain.

It solicitously enquired of us when we were out there in the cold, getting lonely, getting old, whether we could feel it.

Something clearly needed to be done. We came out, walked the road to reach the service entrance at the rear meant for the musicians, crew, security, and other personnel.

To our immense good fortune, we met the film director who was to shoot the concert and requested him to help us enter the ground from the service entrance.

He was shocked to see two Indians attending a Pink Floyd concert, and more so at the bizarre request.

He agreed provided we could pass the Pink Floyd music test he would conduct. He cycled back to his hotel, while we jogged along. He went up to his room to change while we waited in the lobby. 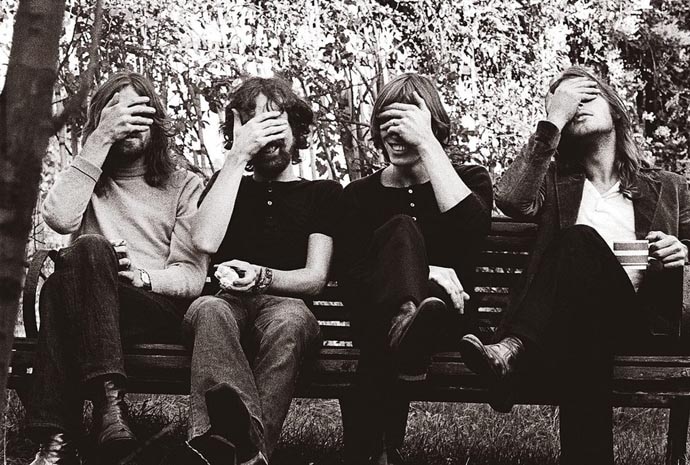 He then conducted a half hour test which we aced. Ceremoniously, he handed over the Film Crew badges to us, and on reaching the venue, conducted us inside through the rear entrance and planted us in the front row, bang in the middle.

This was the best view which no amount of money could buy.

The crowd recognised the introduction instantly and went into raptures.

David Gilmour then waded in with his distinctive guitaring, Nick Mason followed on the drums, and after the most mind-blowing prelude, the vocals by Gilmour began:

Remember when you were young,

Shine on you crazy diamond.

One lakh throats screamed in approval. The show was underway.

Pink Floyd, a progressive band, made the "progressive" genre mainstream.

The top-drawer albums they created made them the leader of the "progressive" pack.

They changed the future of music by granting authenticity and integrity to the genre. They were celebrated for their inimitable blend of complexity and precision.

Their first album The Piper at the Gates of Dawn showed their potential for pop whimsy and surrealism.

However, after this album their principal songwriter Syd Barrett suffered a drug-induced breakdown (the opening song mentioned above was a tribute to Barrett).

David Gilmour was recruited in his place. Then came A Saucerful of Secrets, More, Ummagumma, Atom Heart Mother, Meddle and Obscured by Clouds.

During this phase, Gilmour’s guitar and vocal contributions were making him into a major musical force within the group, forging an increasingly melodic and out worldly sound.

The Dark Side of the Moon was the breakthrough album which elevated the status of the genre to an art form.

It did to progressive rock what Sgt. Pepper’s Lonely Hearts Club Band did to rock 'n' roll. It was the band’s first concept album.

The iconic prism spectrum album art cover, the theme concerning the loss of a creative person’s ability to function in the modern world, its textual and conceptual richness made it one of the greatest albums of all times, and one of the largest-selling.

Beginning with The Dark Side of the Moon and stretching through Wish You Were Here and Animals to The Wall, Pink Floyd exemplified progressive rock while transcending it.

When Waters left after The Final Cut, Gilmour assumed command of the group.

Three albums were released — A Momentary Lapse of Reason, The Division Bell and The Endless River. He also did solo work.

We were coming to end of the concert. As the opening strains of "Comfortably Numb" were heard, the crowd went delirious. No concert was complete without this song.

I can't explain you would not understand/

This is not how I am/

I have become comfortably numb

The two guitar solos — one in the middle, one at the end have been rated as one of the best guitar solos ever.

Gilmour didn’t disappoint and his guitar work cut through the evening like laser through fog. He had the crowd ecstatic.

After the show, we went to the hospitality tent at the back (we are members of the film crew, remember) for drinks and dinner. 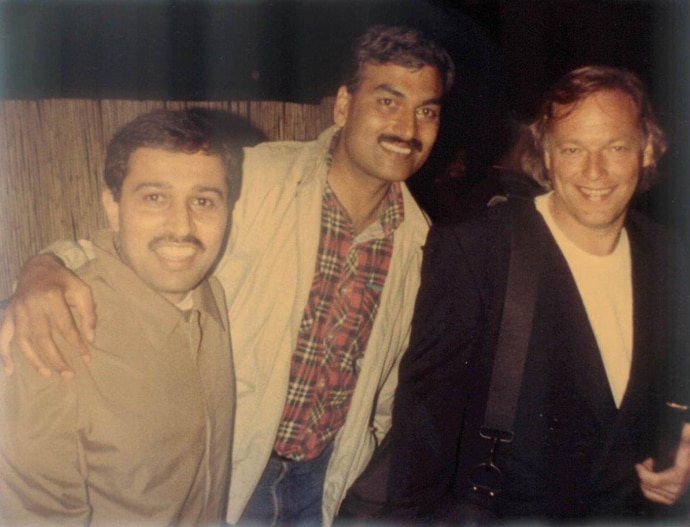 After we had finished, we met David Gilmour, the man himself. What an end to a glorious evening!

David Gilmour turned 71 on March 6. He and his mates have been true musical revolutionaries giving us immense joy, inspiration and emotional upliftment.

Long may he run!

#Pink Floyd, #Roger waters, #David gilmour
The views and opinions expressed in this article are those of the authors and do not necessarily reflect the official policy or position of DailyO.in or the India Today Group. The writers are solely responsible for any claims arising out of the contents of this article.