No discussion is complete without mentioning Byomkesh Bakshi and Feluda.

Over the years, West Bengal - or Bengal, as it was formerly known - has made rich contributions to the enormous treasure trove of Indian literature. Great novelists, short-story writers, poets and playwrights from the region have kept readers enthralled with their literary creations.

And while it has been a long-standing debate in literary circles all over the world as to whether the “detective story” can and should be allowed to rub shoulders with its more elitist cousins - namely the members of classical literature - there has evidently been no dearth of such stories in India, certainly not in Bengal.

In fact, it would not be incorrect to say that at one point of time, the Bengali detective story had reached a peak of popularity that few other novels could even dream of.

What is also interesting to note was that even the average member of the Bengali intelligentsia gobbled up these stories with unbridled enthusiasm as soon as they hit the stores.

What was it about these stories that made them so popular, in fact so much so that literally scores of eminent writers - even some of those who are known for their brilliant contributions to the classical form of literature - have created their own detectives?

One of the earlier appearances of the Bengali detective in serialised fiction has been known to be in between 1910 and 1920, in the works of Panchkari Dey, although it has been argued by several eminent scholars and fans of the genre that Dey had modelled his detectives after the sleuths of western crime fiction, particularly those from Britain.

Amrita Bazar Patrika journalist Saralabala Dasi Sarkar (1875-1961) was perhaps the first woman detective fiction writer in India. Tagore himself wrote a short detective story, although it has not been known if he was an avid reader of the genre himself.

And then, catching on to the popular trend, several detectives began to emerge, almost like mushrooms, in the works of several writers.

From the Jayanta-Manik duo by Hemendra Kumar Roy to ex-colonel Niladri Darkar by Syed Mustafa Siraj, from Kiriti Roy by Nihar Ranjan Gupta (who created the character after a meeting with Agatha Christie) to the unemployed young Arjun by Samaresh Majumdar - there have been scores of detectives with their own series, their own characters and eccentricities, and their own fan following.

Even children and teenage boys and girls began to emerge as detectives, who often found themselves entangled in a web of mystery. In this regard, Samaresh Basu’s beautifully crafted character Gogol comes to mind, as do the Pandab Goendas (The Pandav Detectives) by Sahsthipada Chattopadhyay, clearly modelled after Enid Blyton’s Famous Five series. 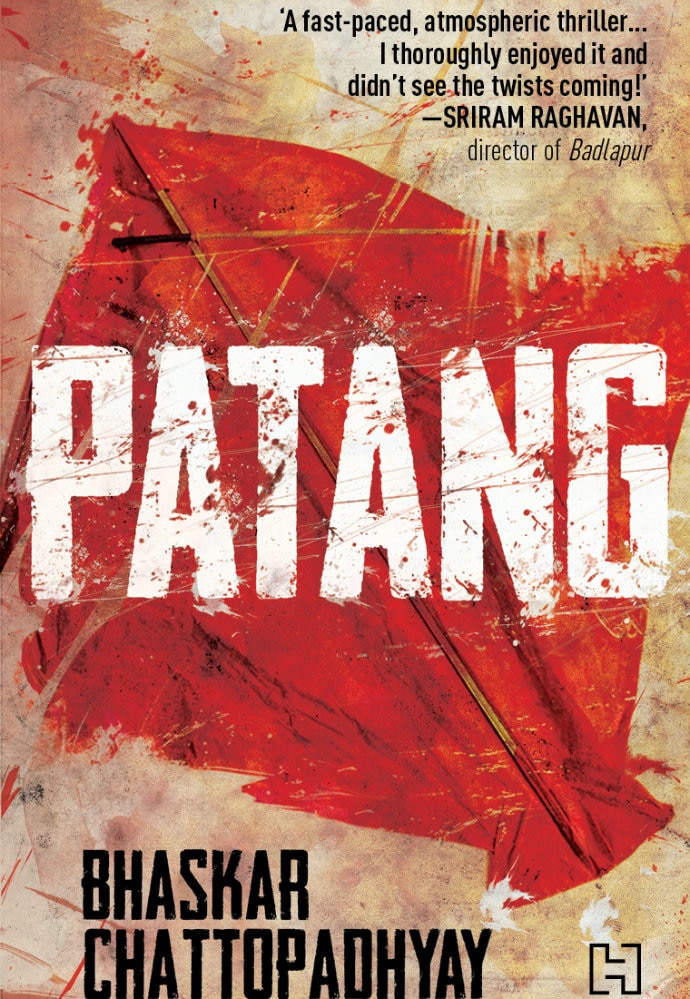 Even classical fiction writers like Sunil Gangopadhyay and Shirshendu Mukherjee created their own detectives - such was the popularity of the genre at one point of time.

Gangopadhyay’s character was the physically challenged crutch-using ex-director of the Archaeological Survey of India Raja Rowchudhury, known simply as “Kakababu”, whereas Mukherjee’s character was the tough-as-nails and witty Lalbazar cop Shabar Dasgupta.

In 1932, when Sharadindu Bandyopadhyay published his first Byomkesh Bakshi story (Pather Kaanta – The Thorn on Your Path), readers suddenly sat upright and took notice, realising very well that the story they had read was not an ordinary one.

The writing was sharp and crisp, the crime itself was baffling, and the character of the protagonist and his loyal friend so beautifully etched that although it had risen to the standards of western detective fiction, it had certainly not aped it.

Although he had initially not thought of doing so, Bandyopadhyay was soon forced to convert the adventures of Byomkesh Bakshi and his friend-cum-assistant Ajit Bannerjee into a full-fledged detective series.

The author wrote a total of 32 Byomkesh stories - the popularity of which have spilled over from Bengal to other parts of the country not only through translations, but through television and cinematic adaptations as well.

Byomkesh is sharp, reticent, upright, and has a very logical mind. Despite his superior intellect, he is one of us - he has a wife, and a child, and his relationship with his friend Ajit speaks volumes of his own endearing nature.

Perhaps for the first time, here was a detective who possessed strong deduction and reasoning skills. Byomkesh Bakshi stories were not “adventures”, they were all intricate puzzles - each and every single one of them.

If you ask a group of Bengalis who their favourite fictional detective is, chances are that 9 out of 10 will name Feluda. Celebrated film director Satyajit Ray’s immortal creation Pradosh C Mitra or Feluda has ruled the hearts of both young and old readers alike for several decades.

While early detectives were known more for their brawn than for their brain, and while with the arrival of Byomkesh Bakshi in the scene, the focus had shifted towards the analytical and logical deduction of crime, Ray took things one step further and introduced a character who possessed an amalgamation of both skills.

Feluda has (as an arch-enemy describes him) extra-ordinary intelligence and is also a sharpshooter of the first order. He is more than 6-feet tall and has a well-toned body thanks to early rising and lots of yoga. At the same time, he loves to eat. He reads on all subjects under the sun, has a photographic memory and yet, is as human as you and I.

His lovely banter with his cousin brother Topshe, or with his friend Lalmohan Babu, brings comic relief to the stories, each of which are, in their own right, gems of adventure and mystery. Feluda goes on holidays in far-flung lands where he inevitably finds himself in the middle of a baffling mystery.

Ray’s description of these places, coupled with his sharp and witty observation of people, makes for what is perhaps the best reading of detective fiction in Bengali.

Feluda has been widely translated, and Ray himself has directed two Bengali feature films with Feluda. If you are a fan of detective fiction, the you simply cannot afford to miss a Feluda story.

Also read: Why I gave Chetan Bhagat the 'nastiest review'

Post your comment
#West Bengal, #Detective Byomkesh Bakshi
The views and opinions expressed in this article are those of the authors and do not necessarily reflect the official policy or position of DailyO.in or the India Today Group. The writers are solely responsible for any claims arising out of the contents of this article.

Bhaskar Chattopadhyay is a writer and translator. His translations include 14: Stories That Inspired Satyajit Ray, and his original works include the mystery thrillers Patang and Penumbra.