Of Byron, Keats, Wimbledon and the Lord's.

It was 74 long years ago when a young man of 20 visited the famous Doon School at Dehra Dun to spend time with his elder brother, whom he idolised. The elder brother was a teacher of history, English theatre and tennis at this prestigious institution, which was then just eight years old.

The young man was none other than the renowned actor and star Dev Anand and the brother was Chetan Anand, who became a well-known director of the Hindi film industry. It was the year 1943 and the country was under the British Raj. Chetan Anand worked at the Doon School from 1940 to 1944.

When Dev Anand visited him and stayed with him at the beautiful house provided to him in the sprawling Chandbagh (Garden of the Moon) campus, he was not an actor yet.

He had just ventured out to Bombay after completing English Honours from Government College, Lahore. He was received in Bombay by Chetan, who was there during the school vacation. In his autobiography, Romancing with Life, Dev Anand fondly recalls the times he visited Chetan at the Doon School.

During his visits to the school, Dev came to learn "the manners of a proper Englishman". He writes that Chetan taught him table manners as "he put me amongst the affluent, pick-of-the-upper class students at Doon School, with their spick - and span-manners - breakfasting and dining on tables laid out for them by uniformed khansamas." (Raj Days!)

His fascination with English manners and education can be clearly felt while reading his autobiography. 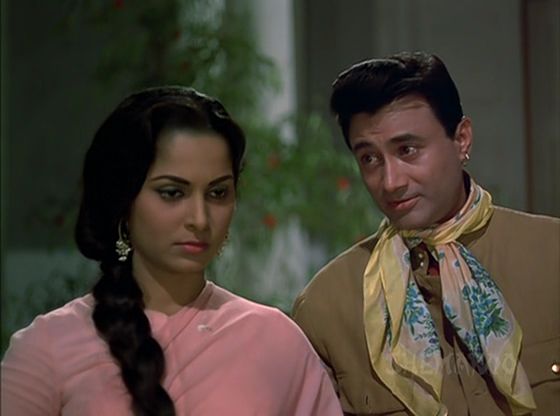 Dev Anand, whose 94th birth anniversary falls on September 26, vividly recounted in his autobiography the "soft hum of conversation flowing around, on Byron and Shelley and Keats". This must have sounded sweet to him as he was a student of English Literature himself, who wished to do his Masters in the subject and then go to England for a foreign education. However, this dream remained unfulfilled as his father could not afford his further education. When Usha Chopra, the only young woman in the class of English Honours at the college, asked him whether he would be coming back for post graduation, he realised that he would have to go away from her and the college. She was his first crush - a beautiful young woman born of an English mother and an Indian father. He was extremely upset at not being able to study further the subject he loved greatly.

Dev hero-worshipped Chetan, who was a tennis player (he had played at Wimbledon), swimmer, appeared for the ICS (now IAS) exams at England and spoke fluent, flawless English. "I had always looked up to my brother. He was a model of everything I admired, handsome, intellectual, fashionable, England-returned, and now teaching in one of the most elite schools of the country," he writes. Chetan's erudite, polished and sophisticated personality, which one can see in films like Haqeeqat and Hindustan ki Kasam, greatly inspired young Dev. While he taught young Doscos, Chetan Anand also kept working on film scripts. His heart lay in cinema. In 1944, he resigned from the job and started his journey towards becoming a writer, actor and director. His first film as a director - "Neecha Nagar" went on to win the Golden Palm in the very first year of the Cannes Film Festival!

Other conversations Dev remembers from the Dining Table at Doon School are about latest happenings at Lord's and at Wimbledon. While Dev picked up a lot from the young Doscos during the time he spent at the school, he kept learning how to be stylish from his brother too. He would wear his brother's big leather boots, imported from London, as well as his woollen check-shirt, black and maroon, typically English, "both of which I loved to flaunt". 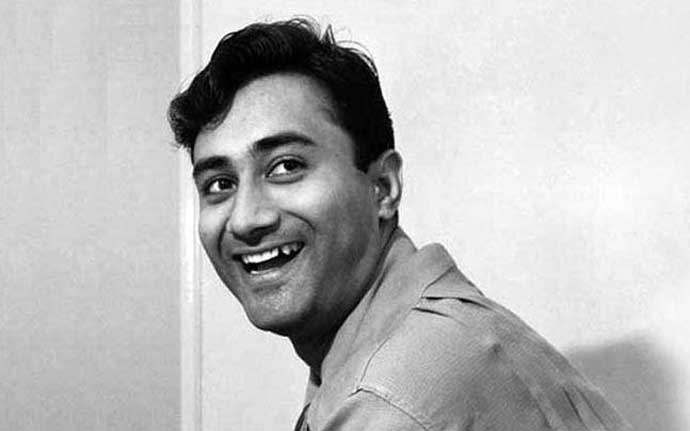 The style Dev Sa'ab picked up as a young man stayed with him till the very end.

Dev Anand admits that it was Chetan who inspired a style in him. The Doon School and Chetan together taught him many a thing about personality, and with it he evolved his own unique style that he was perhaps known for as much as he was celebrated for his acting. His scarves, ties, caps, hats, mufflers and jackets always gave him a special look, which created an image so different from his contemporaries.

The two brothers worked as a team under their Navketan banner, doing films like Afsar, Funtoosh and Taxi Driver. They then parted ways with Chetan forming his own company. Dev retained the Navketan banner. The brother whom he held in high regard went another way, professionally.

The style Dev Sa'ab picked up as a young man stayed with him till the very end. It was a part of the way he dressed, the way he walked and spoke and the way he delivered his dialogues. The anglicised accent that one noticed even when he spoke Hindi was the result of his early fondness for and fixation with English manners - of speech and conducting oneself.

His love for the great English romantic poets, especially John Keats, is evident in one of the passages in his book where he tells us how he saw, on one of his visits to the English countryside, "all that John Keats must have seen in his times... I walked along the paths, imbibing of the nature that had so inspired Keats to go romancing with his pen."

The Doon School days stayed with Dev Anand. All his life.

Post your comment
#Dehradun, #The Doon School, #Chetan Anand, #Dev Anand
The views and opinions expressed in this article are those of the authors and do not necessarily reflect the official policy or position of DailyO.in or the India Today Group. The writers are solely responsible for any claims arising out of the contents of this article.