Between love and rage, Dharmendra never got to be Hindi cinema's Angry Young Man

At 81, Naram Dharam confesses that while he had no regrets about his career and personal life, he did have one flaw.

Dharmendra, India's first action hero, is as rough and tough from outside as he is soft and sensitive from inside. Known to be impulsive, Dharmendra's decisions were more often than not governed by emotions and pride. On the eve of his 81st birthday, I took a chance, called him for an interview on camera. He immediately agreed and called us to his residence late that evening. Little did I know that we were in for one heart-warming interview.

Now whoever remotely knows the legend, is aware that he is very particular about the way he looks on camera, and understandably so - he has made a career spanning over five decades on his appearance and acting prowess. It's no secret that Dharmendra was counted among Asia’s 10 most good-looking men, and is perhaps the first Indian male star to appear bare-chested in a song, in Phool Aur Patthar. 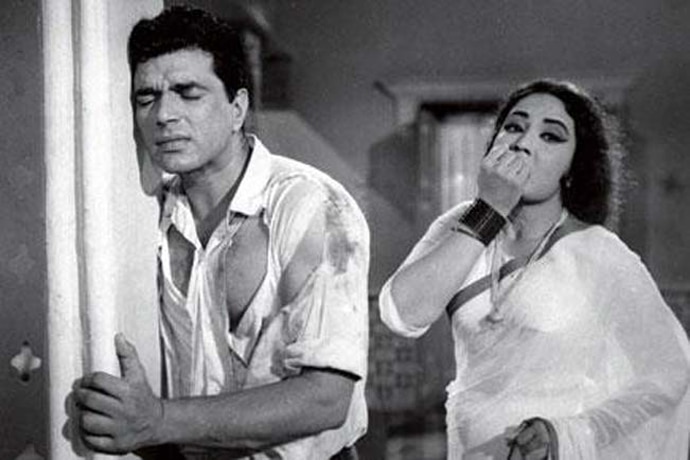 With Meena Kumari in his debut film Phool Aur Patthar.

We were greeted warmly when we entered his sprawling Juhu home, and within a few moments he took our cameraman into confidence, instructing him where to place the camera, what background to give him, a beam of sharp light should should be given from the right-hand-side to compliment his face profile, a soft ray from the left-hand-side and hint of a dull back-light.

He sat patiently while the technicians worked their magic, occasionally telling them what to do. His poetry and romance with the camera set the mood of the evening - from he poured his heart out, one incident on to the other.

Born as Dharam Singh Deol in Ludhiana, Punjab, in 1935 to a school teacher father, as we all know famously, the veteran actor came to Bombay (now Mumbai) to audition for Filmfare's talent hunt in 1958 with a big dream - to own a Fiat car, a flat and to be seen on film posters and billboards across the city. He had one idol, the legendary Dilip Kumar, the only actor who inspired him to turn to showbiz. The moment he saw Dilip Kumar in Shaheed in 1948, he had stars in his eyes! He admitted that he would wake up every morning, see his face in the mirror and ask himself, "Kya main Dilip Kumar ban sakta hoon?"

He finally took the plunge and made his acting debut in Arjun Hingorani's Dil Bhi Tere Hum Bhi Tere in 1960. Following this, he received several supporting roles, but only shot to fame with women-oriented films like Bimal Roy's Bandini (1963) - where he stood out despite having to share screen space with the iconic beauty Nutan - and Hrishikesh Mukherjee's Anupama (1966) co-starring Sharmila Tagore. Dharmendra garnered critical acclaim for playing a sensitive poet, clad in knee-length khadi kurtas, who woos Anupama with his charm and eloquent eyes.

He was established as an action hero in Phool Aur Paththar (1966), incidentally his first solo film, and films like Jugnu, Blackmail, Yaadon Ki Baraat and Patthar Aur Payal in the '70s cemented his position as Bollywood's ultimate He-Man! Popularly called Garam Dharam, Dharmendra showcased his versatility when he dabbled in comedy with films like Hrishikesh Mukherjee's Chupke Chupke (1975) and Ramesh Sippy's Seeta Aur Geeta (1972) with as much zeal as he romanced a bevy of beauties like Meena Kumari, Saira Banu, Asha Parekh and Sharmila Tagore.

He warmly recollected his first tryst with stardom. He was shooting for a song for Shola Aur Shabnam (1961) in Pune's Prabhas Studios when a young school girl came and stood in front of him. A perplexed Dharmendra asked what she wanted, and she handed him her school book. He was elated, this was the first time he was being asked for his signature, and he knew he had made it big. This incident did reminded me of the scene from Hrishikesh Mukherjee's Guddi where a young Jaya Bhaduri is a die-hard fan of Dharmendra, who plays himself in the movie. With Sharmila Tagore in Anupama; Dharmendra plays a poet in the film.

The film, a first of its kind, poignantly shows the audience the life behind the camera and in the midst of stardom. Dharmendra enjoyed the attention he was getting from the ladies, but he confessed he never let it go to his head. "If the audience can take you up, within years they have the power to bring you down. I was hungry for love, not for stardom," he said earnestly.

The now Naram Dharam confessed that while he had no regrets about his career, film choices and his personal life, he did have one flaw. He often got swayed by emotions and self respect, which hampered his decisions. It was Dharmendra who had initially bought the script of Zanjeer with a plan to produce the film, and even approached filmmaker Prakash Mehra to direct it. However, at this point, his sister (cousin) who was married to producer Ranjit Virk of Krodhi fame, came to him with a grievance: they had approached Mehra to direct a film for them, and the illustrous director had refused. This had rubbed the Virk family the wrong way and they requested Dharmendra not to do Zanjeer. 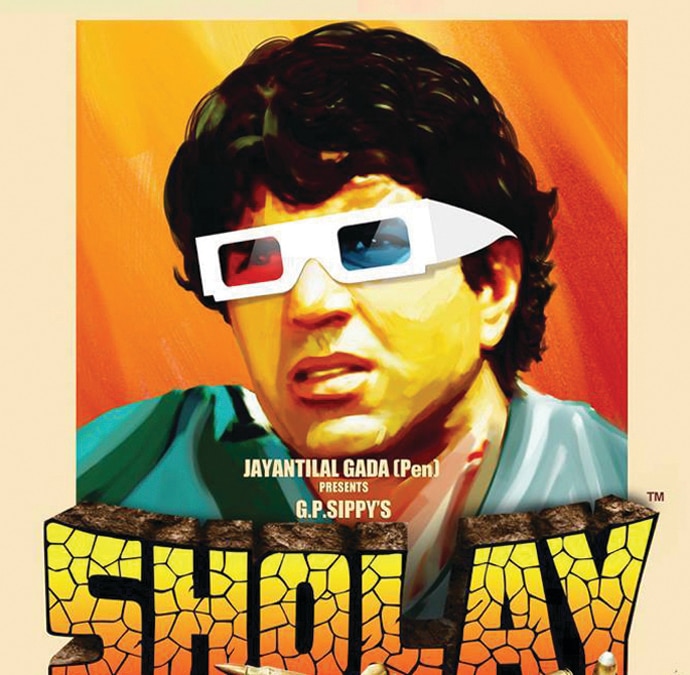 In another instance, he was shooting with the legendary filmmaker Manmohan Desai for Dharam Veer and Chacha Bhatija, when Manji, as Manmohan Desai was popularly called, approached him for a role in Amar Akbar Anthony. At that point Dharmendra was doing two-three shifts per day - something that was not uncommon in that era. With already so much on his plate, he politely bowed out of the 1977 blockbuster. Manmohan Desai sent him a message questioning his refusal, which irked the young Jatt. His eyes glistened when he told me that he was so angry with Desai that he told him off - "I didn't need a film, I needed self-respect."

After that incident, the duo never worked together on any film - in fact, it was post Amar Akbar Anthony that Amitabh Bachchan became Desai's blue-eyed boy, and they went on to work together in seven films.

At the age of 81, clocking in over 56 years in the Indian film industry, Dharmendra is known as an action hero to some, the quintessential romantic to others - but he is a poet in his spare time. Ask him if he wishes to pen an autobiography or publish his poetry, and he nods furiously. "I don't want people to know more than what is already out there in the public domain, some things shouldn't be done."

As soon as the camera was off, he asked me if he spoke well, and wished to see the interview. Believe it or not, he saw it thrice, once on the camera and twice on the monitor he asked us to get - I wondered why we call only Aamir Khan a perfectionist! He smiled while he watched himself, and asked his staff whether he was looking good enough.

There are actors who can brag of hits, and some can speak about the critical acclaim they have garnered, but Dharmendra - over the years - got his fair share of both, though slowly and silently, he conquered hearts. He didn't go to any acting school, neither did he follow any method or formula to success. He felt the essence of every character before he came onto screen. But is he done just yet?

"No, definitely not. Main ek aur film toh karke hi jaoonga," he promised with a hint of a smile. He has a script in mind, but is working out the logistics.

Watch: Hema Malini reveals why Dharmendra and she clicked

Post your comment
#Amitabh Bachchan, #Bollywood, #Dharmendra
The views and opinions expressed in this article are those of the authors and do not necessarily reflect the official policy or position of DailyO.in or the India Today Group. The writers are solely responsible for any claims arising out of the contents of this article.