Ramleela is actor Dileep's attempt to wriggle out of controversy

While cinema has been used with brilliant results for great causes, films have also been misused to propagate the evil designs of men.

It is an old trick which men of the movies resort to when they are down or out or slipping out of fan favour. The most notable case I have seen in recent years has been Salman Khan's.

He wriggled out of some of the most difficult knots in his life, and there have been quite a few that reportedly included drunken driving, shooting down endangered black buck and physically assaulting his then girlfriend, Aishwarya Rai. And, he often managed to win through cinema, by conveying unadulterated goodness, a classic example of this being Bajrangi Bhaijaan. Here he takes a mute Pakistani child back to her parents - and, mind you, he has no visa to enter that country. But he wangles permission from the border patrol force by convincing it that he would never dream of doing something unlawful, never dream of even lying!

And now it seems to be Malayalam superstar Dileep's opportunity to use motion pictures to get back at his so-called enemies and, more importantly I would presume, to tell his fans and others that he is innocent of a heinous charge such as hiring a man to rape a well-known actress in a moving car and record it all.

Maybe he hopes that in a country like India with an active media (especially television), which has often been accused of conducting its own trial even as the one in a court of law is going on, his latest movie, Ramaleela's release on September 28 will be of enormous help in getting his fans and others to cross over to his side.

Things have been particularly bad for Dileep - with his fourth plea for bail being turned down, and his wife, Kavya, having to seek an anticipatory bail against a possible arrest.

And interestingly, it appears that Ramaleela runs close to Dileep's own life - a case of the real and the reel merging together. A Ramaleela teaser released on June 28 had this: "Dare not to come in my way, if you value your life," said the actor in the promo. To some it seemed that Dileep was warning enemies in his own life through the political thriller, which Ramaleela is. 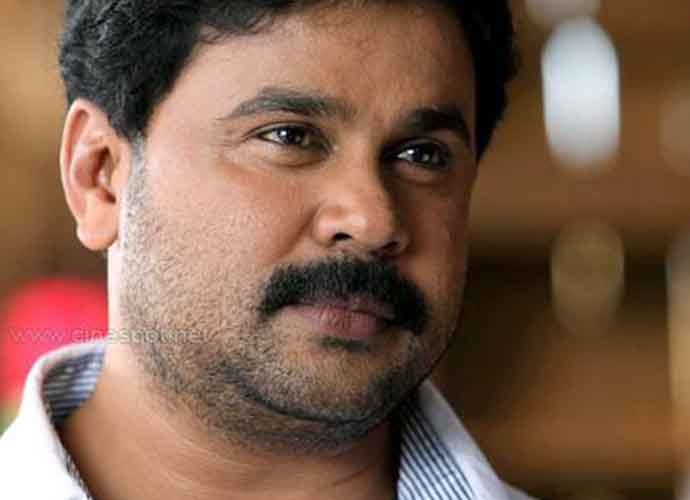 Actor Dileep faces charges of hiring a man to rape a well-known actress in a moving car and record it all.

Some days later, a second teaser of Ramaleela, directed by Arun Gopy, was out, and this seemed even more like an attempt to tell the world that Dileep was innocent, that he was being framed by his foes. Here is what this promo averred: "Looks like somebody deliberately wants me to be named an accused." The teaser went viral garnering over a million hits on the social media.

Not just these. There is a scene in Ramaleela, where Ramanunni, the character essayed by Dileep, is seen performing the death anniversary rituals of someone under police escort - a scene straight out of the superstar's life. Recently, the Angamaly first class magistrate allowed Dileep to take part in his father's death anniversary rituals under police supervision. He also had breakfast with his family before being taken back to jail.

Ramaleela is a big-budget film, made at Rs 15 crore by Tomichan Mulakuppadam, and stars Prayaga Martin, Renji Panicker, Mukesh and Vijayaraghavan in significant roles. Yesteryear actress Radikaa Sarathkumar returns to Malayalam cinema after a long hiatus. Written by Sachy, Gopy's first feature is all about crime and criminality. And nothing else is known about it.

While a "Boycott Ramaleela" campaign has been launched on social platforms, forcing the producer to seek judicial protection, there is another section which feels that the movie must be watched, because the labour and toil and creativity of dozens of people have gone into the making of Ramaleela. Why allow the criminal charge against Dileep to mar the lives of these men!

However, I cannot but state here that while cinema has been used with brilliant results for great causes, films have also been misused to propagate the evil designs of men. History bears this.

Post your comment
#Malayalam Films, #Salman Khan Verdict, #Ramleela, #Dileep
The views and opinions expressed in this article are those of the authors and do not necessarily reflect the official policy or position of DailyO.in or the India Today Group. The writers are solely responsible for any claims arising out of the contents of this article.