Where else in the world do smoke and dust distort the setting sun in such interesting ways?

What about Delhi inspires me to write poetry? Well, I am interested in the people and images that surround me. So to be fair and honest, I’d probably find inspiration for poetry somewhere else if I didn’t live here.

But there is something undeniably compelling about this city — it has so much gravity. Like London, New York and Beijing, Delhi is the centre around which the imaginations of so many people orbit — people all over North India dream of this place, of course, but so do people in Nairobi, Kabul… and London and New York. Coming from a city — Portland, Oregon — that imagines its best self to be New York City’s sixth borough, a sort of west coast Brooklyn, it is interesting to live in a place that does not care about how it is seen by, or relates to, other places. Where else in the world do smoke and dust distort the setting sun in such interesting ways? Photo: Reuters

Delhi is a good inspiration for poetry for other reasons. For one, it’s a place of sensory extremes. Where else in the world do smoke and dust distort the setting sun in such interesting ways? Walk outside and listen for a moment. Do you hear birdsong, horn blasts, the call to prayer?

Have you seen hail in May, the day after you felt tarmac go soft under the weight of torrential heat? For poets who work with images, access to this kind of sensory palette is wonderful, because, in addition to being evocative in their own (literal) right, these intense, everyday images can also work on a symbolic level to conjure up other powerful feelings and ideas. 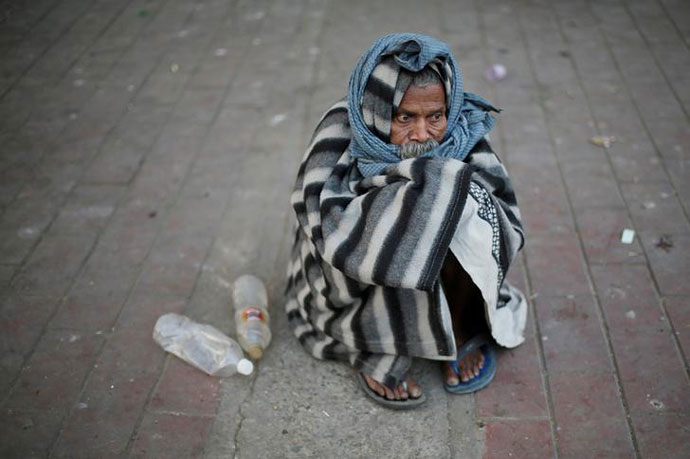 Of course, in spite of the fact that so many different kinds of people, from so many different places, come here and end up living so close together, in many ways Delhi is an extraordinarily segregated city. This segregation contributes to many of the larger social problems we face. It can also limit us in the arts. For example, it is rare that poets writing in English get together with poets writing in Hindi. And it is rarer still to see people of different classes meeting to discuss ideas except those related to the terms on which we will exchange labour or goods.

All of us are poorer for these communal, class and gender divisions and inequalities, and it is not the job of artists and intellectuals alone to solve these problems. But over and over we’ve seen — from the Bhakti poets to the little magazine movement in Bombay to the library and literacy movement in Kerala — that good art and thinking can come from efforts to see and reach across the things that divide us. For me, these limitations and possibilities are part of what makes Delhi such a difficult and wonderful place to write in.

On the Badarpur Border To Bhagwan Kumar on the Occasion of His Daughter’s Wedding

Also read: Why India needs a poetry library for posterity

Post your comment
#Poetry, #Love songs, #New Delhi
The views and opinions expressed in this article are those of the authors and do not necessarily reflect the official policy or position of DailyO.in or the India Today Group. The writers are solely responsible for any claims arising out of the contents of this article.