Dina Pathak: The onscreen mother who refused to be a weeping victim

March 4 is her 97th birth anniversary. Remembering the wonderful actor whose humour and warmth animated any character she played.

Whenever one thinks of Dina Pathak and the roles she played to perfection, one gets a feeling of the warmth and affection she exuded. Her endearing smile, shining eyes and loving voice set her apart from the long-suffering screen mothers who had dominated our cinema for years.

Even when Dina Pathak was playing mother roles in the 1970s, one could see the difference between her and other screen moms like Nirupa Roy and Sulochana (the two who ruled the roost in the 1970s and 1980s). Unlike other long-suffering mothers, Dina (top) brought verve to the roles she played. (Photos: YouTube)

Pathak, a famous actress and director of Gujarati theatre, had a vast experience in realistic acting, and never resorted to melodrama. She began her tryst with theatre at a young age as Dina Gandhi, and this relationship carried on for decades. It was only in 1966 that she worked in her first Hindi film, Basu Bhattacharya’s Uski Kahani. In 1969, she appeared in Saat Hindustani and Satyakam.

However, it was in the 1970s that she began making a mark in Hindi cinema, with films like Koshish (1972), in which she played mother to Arti, the differently-abled girl played by Jaya Bhaduri, Mausam (1975), Kitaab (1977) and Kinaara (1977). All these were Gulzar’s films — and Pathak excelled in them.

In Mausam, she plays Gangu Rani, who allows Kajli (Sharmila Tagore) to give up her work as a courtesan and go to Sanjeev Kumar. Gangu Rani is the golden-hearted woman who treats the girls working with her as her daughters. Her performance added much to the beauty of this film, one of Gulzar’s best.

Shyam Benegal’s Bhumika (1977) was another film that established Dina Pathak as one of the finest actresses in the film industry. There was an air of maturity and goodness about her that was very reassuring. In Chitchor, she reminded audiences of Mrs Bennet from Pride and Prejudice. (Photo: YouTube)

Her role in Chitchor (1976), as the wife of the village headmaster played by AK Hangal and the mother of Zarina Wahab, was one of her best. The cheerful motherly lady who wants to settle her daughter in the best possible way through marriage is played effortlessly by Pathak, reminding one of Mrs Bennet of Jane Austen’s Pride and Prejudice. Dina Pathak’s sense of humour emerges very well in the film.

Two films that came after Chitchor catapulted her to greater fame. These were Golmaal (1979) and Khubsoorat (1980) — both made by Hrishikesh Mukherjee.

In Golmaal — one of the best-ever comedies of Hindi cinema — she pretends to be Amol Palekar’s mother in front of his boss, Utpal Dutt. The comic situations that emerge out of this pretence lead to hilarious scenes, bringing out the best in Pathak’s comic timing.

In Khubsoorat, Pathak has a totally different role — here, she is the extremely strict matriarch of the Gupta family and governs them with an iron hand. Her husband is the great actor Ashok Kumar, and how he reacts to her reign of terror creates a lot of fun in this movie, a great hit just like Golmaal.

A unique aspect of Dina Pathak was that she was equally comfortable in commercial as well as art or off-beat films. Her performance as the daadi of Ganga (played by Mahima Chaudhary) in the 1997 film Pardes is still remembered well as she played mother to Amrish Puri and could put him in his place just by raising an eyebrow in anger. Devdas (2002), Bollywood Hollywood (2002) and Pinjar (2003) were the last few films in which she acted. Pinjar was in fact released after her death, in 2002. 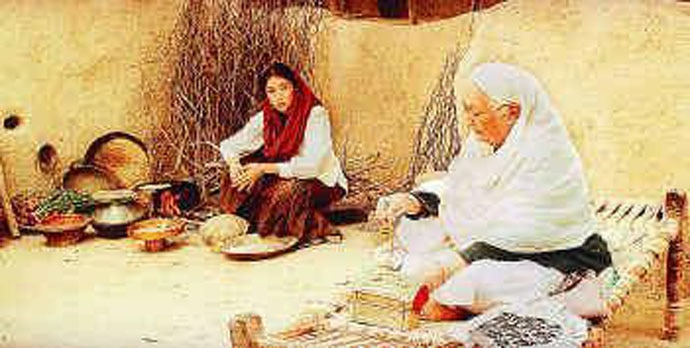 Pinjar was the last movie she acted in.

There is no doubt that to Dina Pathak goes the credit for having redefined the image of the mother and grandmother in our films. As her predecessor in some ways, one can name the wonderful actress Leela Mishra, who also had a very long film career. She too was different from the stereotypical mothers who were almost always widows and earned their living stitching clothes.

Both Mishra and Pathak were animated artists who could put life in any role they played. Most of us could see a reflection of our mothers, grandmothers or aunts in Dina Pathak, with her homely and familiar look. She looked as convincing as a strict matriarch as she did as a doting and indulgent parent or grandparent. She was a born actress and devoted herself throughout her life to theatre and cinema. She was a well-known theatre activist too.

Pathak, whose 97th birth anniversary falls on March 4, will always be remembered for the warmth and beauty of her performances, for the newness she brought to the screen, and the realism she touched her roles with. Unforgettable!

#Nirupa roy, #Cinema, #Bollywood, #Dina pathak
The views and opinions expressed in this article are those of the authors and do not necessarily reflect the official policy or position of DailyO.in or the India Today Group. The writers are solely responsible for any claims arising out of the contents of this article.