Of love and sacrifice: The story of Eid al-adha

[Book extract] As narrated in 'The Tales From the Quran and Hadith', it is to honour Ibrahim’s willingness to give up his son for God’s sake.

Years passed. Ibrahim became an old man, Sarah was also ageing and Hajira had grown into a young woman. While Ibrahim and Sarah had lived a full life, spreading the message of God, a sadness lingered in their lives. They had hoped to have many children who would take their lineage forward but, despite all their attempts, Sarah could not have children.

In desperation, Sarah offered Hajira to Ibrahim, so that their children could carry on his legacy. Very soon Hajira was pregnant and Sarah found to her surprise that she had started feeling jealous of the fertile young woman and the relationship she had entered into with her husband.

It was difficult for her to see her husband’s seed flowering in another woman’s womb and despite her best intentions she could not control her feelings. Pregnancy also restricted Hajira’s movements and she was unable to work as before, infuriating Sarah even more. When a beautiful baby boy was born to Hajira, Sarah’s jealousy overflowed. She could not bear to look at mother and son without feeling envious and conscious of her own inadequacies.

She urged Ibrahim to take Hajira to the desert and leave her there. Ibrahim was in a dilemma and prayed to God and his Lord ordered him to separate Hajira from Sarah.

"Where should I take her?" asked a worried Ibrahim.

"Take her to the valley called Mecca. It is the part of land that I created first," was the revelation by God.

Gabriel was sent to their assistance and Ibrahim, along with Hajira and her baby Ismail, were carried on a heavenly steed towards their destination. On the way they saw many places lush with greenery, rich with streams. Ibrahim wanted to stop in each of these places but was told that this was not their destination.

At last they reached Mecca, a valley between the hills of Safa and Marwah, and Hajira and Ismail alighted from the heavenly steed. Under a solitary tree Hajira spread a cloth and lay down her infant son, taking rest after a long, tiring journey.

Suddenly, she saw that Ibrahim was leaving and she cried out in anguish, "O Ibrahim, where are you going, leaving us in this valley where there is no person whose company we can enjoy nor anything to comfort us?"

Ibrahim hurried his pace. Then Hajira asked, "Has God asked you to do so?"

"In whose care are you leaving me? There is no one here to help, nor is there any water or food for me or my baby."

Ibrahim replied, "I am leaving you in the care of the One who asked me to bring you here." With a heavy heart, saying a prayer to his Lord to look after his wife and baby son, he returned to Sarah.

Hajira was left alone in the desert with a baby and soon the dates and water that Ibrahim had left behind were finished and the baby was crying from thirst and hunger. It was a hot day and the heat was making the baby cry even louder.

Helpless and terrified, Hajira cried for help but there were no humans around. The distraught mother didn’t know what to do. In desperation, she left the baby under the tree and started running towards the two hills Safa and Marwah looking for water.

Fearful that wild animals may harm the baby crying under the tree, she kept turning her gaze towards him, then steeling herself to go forward.

When she reached the top of one hill she would see a mirage of water on the other side and run towards it. She ran up and down the hills seven times, chasing the mirage, her baby’s distant cries echoing in her ears. Exhausted, she realised there was no water for her, and as she bent down in despair, she realised that there was silence around her. Her baby had stopped crying.

Frightened, tired, the young mother hurriedly made her way towards the baby to find an angel guarding her son and a spring gurgling near him, which the angel was digging with his foot.

She rushed towards the spring crying, "Zamzam, zamzam," (Stop, stop) for she was now scared the baby would drown in the water.

The news of a freshwater spring in the dry, rocky, mountainous region soon spread in the desert. Bedouin tribes began to move towards the valley and with Hajira’s permission started to settle there. And slowly mother and son made a new life for themselves.

Ibrahim, in the meantime, kept Hajira and their son in his thoughts and prayers. Ten years later he returned to Mecca to look for them and was relieved to find mother and son well settled. Ismail had grown up well. He had a huge flock of sheep and was able to look after his own and his mother’s needs. Ibrahim was happy and proud.

But the father’s reunion with his family was interrupted by another vision and command of sacrifice. Ibrahim dreamt that God had commanded him to sacrifice the son whom he was meeting after a decade of separation.

Anguished, Ibrahim described his dream to his son, who immediately asked his father not to delay in obeying God. All his life, ever since he had discovered his Lord, Ibrahim had obeyed all his commands without questioning them. Now he was put to the ultimate test of devotion – in every instance he had shown his great love for his God. He had given up his home, his old traditions, the chance of raising a family – everything he held dear. But now he was being asked to prove his love for God above the love of his only child, the deepest bond humans have on this earth. A Palestinian from Gaza prays in front of the Dome of the Rock on Eid al adha. [Photo: Reuters]

Trembling, heartbroken, Ibrahim led his son to the place where he had to sacrifice him and laid him face down, on the altar. Shaitaan whispered in the Prophet’s ear, urging him not to sacrifice the son born to him in old age as he was unlikely to have another one. Ibrahim remained resolute, as did the child being prepared for sacrifice.

Ibrahim clenched the knife in his hand and raised his arm to bring it down on his son’s neck. The son for whose birth he had prayed was about to be killed by his own hands. His faith was strong and unwavering, his pain deep.

But before the knife entered his son’s flesh, a voice spoke out to the old man. "O Ibrahim, you have indeed fulfilled the vision." God had tested Ibrahim with a severe test but he had proved that his faith was true. Miraculously Ismail was replaced with a ram.

This sacrifice was of such importance that every year Muslims celebrate it as the feast of Eid uz Adha or the celebration of the sacrifice, commemorating it by sacrificing an animal in honour of Ibrahim and Ismail.

Thirteen years after the birth of Ismail, Sarah was given divine tidings that she would be blessed with a son though at that time Ibrahim was close to a hundred and she was almost ninety. And thus, Ibrahim’s second son, Isaac, was born to her.

In the meanwhile, Ibrahim visited Hajira and Ismail regularly. On these visits Ibrahim received instructions that he and Ismail should build the House of God.

They built a structure in the shape of a cube, which is known as the Kaaba, and Ibrahim raised his hands in prayer, "My Lord, make this city (Mecca) a place of security and provide its people with fruits, such of them as believe in God and the Last Day." From that day onward this has been a place of pilgrimage.

After Islam was revealed to Prophet Mohammad and instructions given on how to perform the pilgrimage or Hajj, God honoured Hajira’s sacrifice. The desolate spot the one-time slave woman was left in is one of the busiest pilgrim sites in the world today. Today, every pilgrim has to walk up and down the two hills of Safa and Marwah, seven times, keeping his or her face turned towards the spot where Hajira had left Ismail. Every pilgrim, too, drinks from the spring of Zamzam.

The culmination of Hajj is the sacrifice of an animal in the nearby city of Mina on Eid uz Adha honouring Ibrahim’s willingness to sacrifice his son for God’s sake.The stoning of the pillars at Mina honours Ibrahim’s rejection of Shaitaan’s temptations.

When Hajira died, Ismail buried her next to the Kaaba. This area is part of the circumambulation done by pilgrims during Hajj. The word hijrat or migration comes from her name. This slave girl who had to leave her country finally found a home in the House of God. 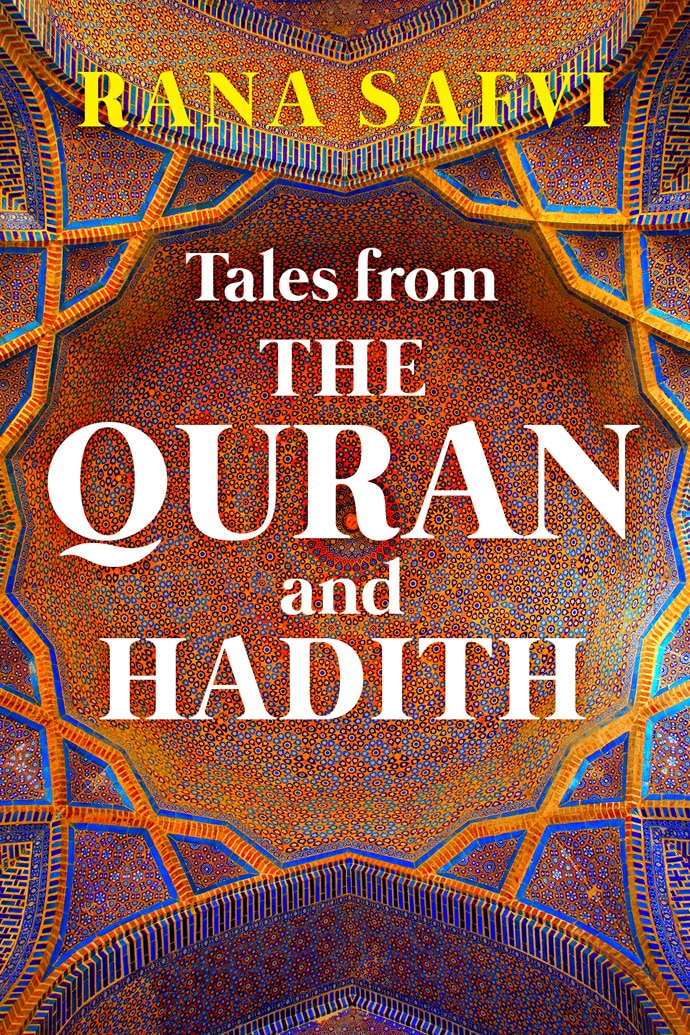 Tales from the Quran and Hadith; by Rana Safvi; available on Juggernaut app.

Also read: How the spirit of sacrifice symbolises the festival of Eid Al-Adha

#Muslims, #Quran, #Eid Al-Adha
The views and opinions expressed in this article are those of the authors and do not necessarily reflect the official policy or position of DailyO.in or the India Today Group. The writers are solely responsible for any claims arising out of the contents of this article.