Why I am shutting down my bookstore in New Delhi

In a few weeks from now, I will be bringing down the curtain on Fact & Fiction, a small bookshop I started in New Delhi, more than 30 years ago.

It's not an easy decision to make, but it's no big deal. Really. Bookshops shut almost every day around the world. For me, though, it is the end of a long road. I have finally accepted this after denying loyal customers for some while now, who have been hearing rumours, and can also see my stock liberally dwindle.

I have been in denial because a part of me still longs to see new books come through the door, believing it is business as usual.

Had I been left to my own devices, I would have continued running a rundown bookshop into oblivion, bleeding till I could bleed no more.

But today I can't afford to run the bookshop. If I owned the space, it would have been different. The act of mercy came by the way of a change in Delhi Rent Control Act, 1958, delivering a decapitating blow, ending my slow passage to irrelevance. I couldn't fight no more. 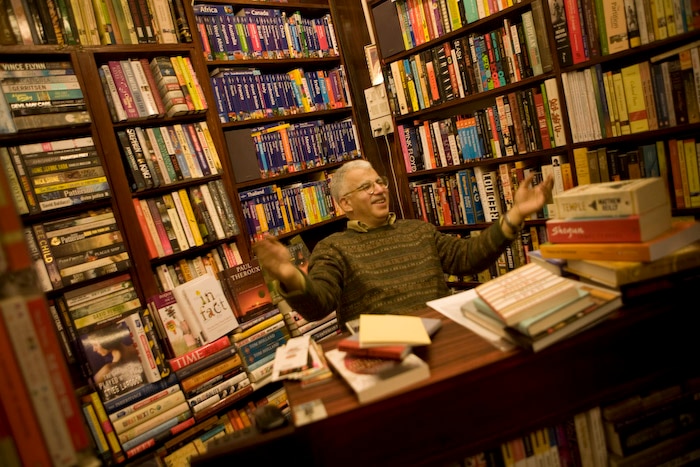 For the past several years, I have spent hours wondering what has happened to my dream profession. Where have my loyal clients gone? Where have the friendships, forged over the counter discussing the joys of reading and discovering old and new books, vanished?

There was a time, not too long ago, when people would walk into the store and confess how they nurtured a secret desire to run a bookshop. (Perhaps they considered it a gentle way to retire among books and gentle bibliophiles.) Today, they too have disappeared.

So, what have I earned after 30 glorious years at Fact & Fiction? Memories that made for great life lessons.

It was good fun telling people I was in the book trade simply because I loved books: I was an anomaly. I remember the first question most distributors asked me when I started: How was I going to choose the books? To most of them, my selection was esoteric. It didn’t take me long to figure out that the trade I had chosen tended to be full of people who had accidentally percolated into the business, mostly by birth. For most, it certainly wasn’t about any love for books.

I chipped away for many years trying to create a niche: Owning a small bookshop had some advantages. It forced me to be excruciatingly selective about the books. This allowed the bookshop to be more eclectic, as opposed to others who would house a collection thrust on to them by the distributors. I have spent years hounding these distributors for publisher catalogues, often salvaging them from their trash bins and then making small procurement order, to try and get books that didn’t stand a chance of ever being ordered.

And boy, it was sheer joy.

It took me a long while, but slowly and steadily, the same traders would inform me that a new lot of books had arrived in their warehouses. I would rummage through strewn cartons spilling with books, trying to figure out how many copies of what I could sell. The broad consensus among publishers was to send me books no one else could figure out. Till date, unsuspecting clients still walk in and ask where I get my books, why the selection is different from other bookshops, and who chooses the books for me. Some are still quite unconvinced that I got my books from exactly the same source as every other bookshop in the city, and that I personally choose to keep the vast majority of books out of the shop. Perhaps it reflects my biases. Mostly, it's to do with being a reader, someone who grew up with his nose in one too many, which put me in considerable advantage to transcend beyond titles in a bestseller list.

I have always maintained that bookselling is an oxymoron: Books sell on their own merit. Booksellers merely facilitate this by presenting a good selection. Yes, you can hand sell a few books, point people to a particular direction, make a few suggestions to your regulars. But largely, everybody must make up their mind. So the role of a bookseller, I believe, can, at best, be described as a kind of curator. A function rendered redundant today when every book is a mere listing on the internet.

What do I feel having to shut shop? In one word: relief. A bookshop is an organic entity, a response to stimuli. With the participatory stimulus gone, you are merely existing in a vacuum. Some advise me on staying alive in a marketplace run by the internet. I ask myself: Am I just prolonging the death throes or is it a gradual metamorphosis? I am rather sceptical of my relevance in the current market scenario.

The city now has one less indie bookshop: A city that has had too few bookshops to begin with, and hardly any noteworthy chain store, the likelihood of another bookstore coming up and making a difference is pretty slim. Especially in this current environment of reduced retail sale and high rentals. On that count alone, it’s an irreparable loss. I maintain books are highly tactile objects and cannot be sold on the internet alone. The art of browsing and the serendipity of finding unconnected books are hard to emulate in the virtual world. The number of people who come in to find books, then to compare prices on their smartphones, while the slightly sensitive ones merely photograph the book and then order from home, only goes to validate my point. The books, which customers take for granted, are there in the shop because of booksellers’ perseverance.

What will always bring a smile to my face: Seeing a generation of readers coming in with their children, and being told how the books and the bookshop were an integral part of their formative years. They actually thank me!

I did it my way: Now I take a deep bow with the greatest humility, and utmost flexibility, and kiss it goodbye.

#Bookstores, #Literature, #Books
The views and opinions expressed in this article are those of the authors and do not necessarily reflect the official policy or position of DailyO.in or the India Today Group. The writers are solely responsible for any claims arising out of the contents of this article.