The colour of film nostalgia

In a scenario where even officially older films are a mess to watch with DVDs and Blurays butchering their aspect ratios, the trauma of witnessing colourisation of some of the seminal classics is far from over.

Be it the purists or cinephiles, watching any film in the way the filmmaker intended the viewer to experience is always a greater joy. It’s hardly surprising then that watching a colourised clip of Satyajit Ray’s Pather Panchali (1955) that has been doing the rounds on the Internet would leave a strange taste in the mouth.

The latest instance of such ‘experimentation’ is kind courtesy of a team of researchers from the University of Maryland that have come up with a colour video of a recent 4K resolution. What makes this even scarier is that it was done using Artificial Intelligence where technology looks at millions of real videos and then ‘dreams’ of the colours that would best suit the original. In a scenario where even officially older films are a mess to watch with DVDs and Blurays butchering their aspect ratios, the trauma of witnessing colourisation of some of the seminal classics is far from over. 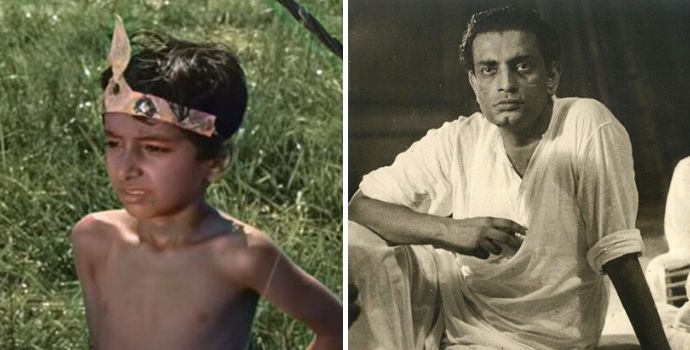 In the last few years, the strides that technology has witnessed has made it possible, even as simple as clicking a few buttons, to colourise old footage and what you have is a clip of the Lumière Brothers’ 1896 film The Arrival of a Train, a lost Chaplin reel or a Ray masterpiece reinterpreted in colour. It’s not like there have not been instances in the past when films were given a colour make-over, Dev Anand’s Hum Dono (1961) and BR Chopra’s Naya Daur (1957) come to mind, as does K Asif ’s Mughal-e-Azam (1960), which originally featured a song shot in colour. The transformation did change some of the original’s subtlety but as this was something that the filmmaker approved, and even supported, the shock was not as much. But the game stands changed with the next step in this horrendous evolution where user-generated colourised versions would inundate the Internet.

The people behind the attempt to colourise Ray’s iconic film that features unforgettable characters such as Apu and Durga, and includes some of cinema’s most memorable moments such as the landmark train departure and Kashban scene have called it “academic experimentation.” It’s not like Andy Warhol’s ‘Marilyn Diptych’, which was made of two silver canvases on which the artist silkscreened a photograph of Marilyn Monroe 50 times, that re-interprets something recognisable.

There is a much larger context to what colourising something as ground-breaking as Ray’s Pather Panchali means and far-larger questions emerge. These questions are as significant as discussing the cultural value of Raja Ravi Verma or Amrita Shergill’s art. If a premium can be placed on displaying any great work of art in the way closest to what the artist would have wanted the viewer to experience, shouldn’t cinema be treated with similar respect?

However, the ease with which the likes of Russian YouTuber Denis Shirayev, the one behind colourising Auguste and Louis Lumières’ The Arrival of a Train, managed to upgrade old monochrome footage to colour with algorithms that use a Convolutional Neural Network to analyse colours across a set of colour images, and their black and white versions to create a plausible but necessarily correct set of colours to fill into the image is only the tip of the iceberg.

The 30-year-old University of Maryland professor behind the colourisation of the Pather Panchali clip project, Aniket Bera, expressed that as many US professors and researchers experimented with old footage, he wanted to try it out on something that was close to his heart. His experimentation was a result of his love for Ray’s films, and although he makes it clear that this is “not the way to watch the movie,” the academic experimentation might have unleashed the genie from the lamp. The chances of amateurs using technology to seemingly do the same job for what studios charge a packet at a fraction of the cost could be seen as a triumph of technology.

Take two disconnected news items - the estate of James Dean, a cultural icon and screen idol who died in 1955, has allowed a film to use CGI to ‘recreate’ the actor to star in a film that was supposed to come out in 2020 and amateur Deepfake artist from iFake YouTube channel improvised the de-ageing on Netflix’s multi-million dollar Martin Scorsese-directed The Irishman (2019) to generate an impressive output without spending a fortune. Now, try telling a studio to maintain the sanctity of movies by not getting something done by a ‘youtuber’ for which they would have ideally spent millions.

Also read: What the future of cinema halls looks like

#Artificial Intelligence, #Satyajit Ray, #Pather panchali, #Film colourisation
The views and opinions expressed in this article are those of the authors and do not necessarily reflect the official policy or position of DailyO.in or the India Today Group. The writers are solely responsible for any claims arising out of the contents of this article.