How Friends encouraged us to be a sexist, homophobic and regressive lot

Throughout its 10 seasons, the popular sitcom is littered with instances of problematic, judgemental behaviour by its characters.

Monica: Maybe you don’t need him to propose to you, maybe you can propose to him.

Monica: I proposed to Chandler.

This is part of a scene from the Season 10 episode of Friends, "The One Where Rachel’s Sister Babysits". We all laughed at it, like we did for most of our favourite and most beloved sitcom.

But did we realise what the characters we grew up loving were implying? Phoebe actually believes that a woman proposing to a man is "desperate". When Monica gives her own example, Phoebe’s reaction clearly states what she thinks of her. The laughter track tells us that this is the point where we’re supposed to laugh, which is effectively an endorsement of Phoebe’s reaction. A tad too desperate: Friends, Season 10, Episode 5 — The One Where Rachel’s Sister Babysits. (Credit: Screengrab)

Throughout its 10 seasons, Friends is littered with such instances of problematic, sexist, judgemental behaviour by its characters.

Sitcom characters regularly say and do ludicrous and inappropriate things in order to generate humour. How can we forget the things Jerry Seinfeld and gang got up to in Friends’ 90s contemporary, Seinfeld?

But here’s the difference: most sitcoms are meant to be about dysfunctional people. In Seinfeld, the behaviour of the characters is regularly put in contrast with the rest of the world and shown to be extremely problematic. We’re supposed to laugh at them. We’re not supposed to want to be like them. Friends did something few sitcoms do: it made its characters aspirational. They were attractive people in their 20s and 30s leading fun- and laughter-filled lives without a care in the world. When we watched the show, we would wear being a Ross or Rachel like a badge of honour. No one ever did that for George Costanza or Cosmo Kramer because unlike with Seinfeld, the characters from Friends were portrayed as “normal” in their world.

In fact, outsiders to the group like Gunther, Janice, and David (Phoebe’s ex-boyfriend) were shown to be oddballs.

Friends created aspirational archetypes who were dysfunctional in very token ways. Joey may have been stupid, but the fact that he was attractive to women was his defining trait. Ross may have been a "nerd", but had no trouble getting dates, which, in Friends, was a huge marker of “success” in life.

It might be easy to claim that we didn’t actually take lessons from any of the characters’ negative traits, but it isn’t that simple. A person we look up to engaging in problematic behaviour subliminally tells us that said behaviour is okay, and it is no different for characters in TV shows we love.

Friends had a huge impact on impressionable teens watching the show. The characters’ behaviours, ideas, and beliefs that were “rewarded” were effectively endorsements, while those that were “punished” were denouncements.

Chandler constantly being embarrassed of his father, a trans woman, was an endorsement of transphobia. His issues with his mother openly talking about sex amounted to slut-shaming. Him getting defensive when the rest of the group told him that they assumed him to be gay was reinforcement of homophobia and heteronormativity. 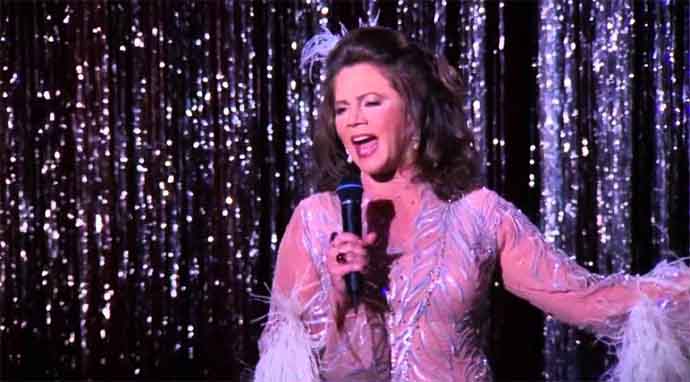 The group repeatedly mocking Ross for his passion for science, academia, and knowledge was arguably one of the show’s most harmful contribution to society, as it amounted to anti-intellectualism. Portraying his multiple failed marriages in a negative light perpetuated the stigma around divorce.

In fact, one of the most regressive things about Friends was how its characters viewed marriage. After Ross accidentally says “Rachel” during his wedding to Emily, she puts forward a lot of conditions for their marriage to work, such as effectively never being able to see the group again. When Joey points out that those are ludicrous, Ross claims that life is about making compromises and this shuts everyone up.

If you think about it, the situation is this: Ross met a woman, had a whirlwind romance, and decided to get married within four weeks of meeting her. As it turned out, this is clearly not meant to be because even before they get married, there are serious roadblocks in their relationship. Is it fair that the show tries to tell us this relationship is worth giving up seeing your sister and your best friends in the world, those who are your de facto family?

Had Ross not already been divorced, would he care this much about a “failed” marriage to someone he's known for four weeks?

Friends defined marriage as the ultimate goal of life and somehow, this only really seemed to apply to the women. It didn't matter that Joey was the furthest from “settling down,” it was Monica who acted as if not finding someone to marry reflected terribly on her. Chandler may have had serious intimacy and commitment issues, but it was Monica, who exclaimed “my day is here at last!” on their wedding day. Marriage, the ultimate goal of life: Monica and Chandler getting married. (Credit: YouTube)

Rachel is generally shown to be the most attractive and likeable in the group, but then why is she shown to be the most desperate? In the season four episode, “The One with the Fake Party,” Rachel puts a borderline circus act to woo Joshua, a man she likes. This involves putting an act in her cheerleader outfit, trying to tie a cherry stem with her tongue, and eventually sneakily kissing his leg.

Throughout the show’s run, none of the male characters were shown to do something as demeaning to get a woman’s attention, even though it is impressed upon us many times that barring Joey, both the other men aren't very attractive to women.

Phoebe was the show’s kookfest. She had a completely different belief system. She didn't believe in evolution or gravity. She believed in past lives. She believed that her mother was in a cat. She believed in different planes of existence. But where Phoebe drew the line was believing that marriage isn't really life’s goal. When she and her boyfriend, Mike, decide that they will live together (an arrangement almost indistinguishable from marriage), Phoebe decides that she cannot be in a relationship that doesn't end in actual marriage. Purr-fect mommy: When Phoebe thought her mother's spirit is in a cat. (Credit: YouTube)

Even though it's already a long list, but it isn't just about sexism, homophobia, transphobia, and regressive mindsets with Friends. The show perpetuated what can be termed a "culture of judgement". Any time a character did something that deviated from “normal,” the others ostracised him/her via relentless mockery, reinforcing the idea that there was only one code of acceptable behaviour in the world.

One wasn't allowed to be "weird".

The fact that Friends is probably the most popular sitcom in the world even 24 years after its premier is extremely disturbing. The good times we had while watching the show came at a cost. Our impressionable minds were affected by the subliminal messages of the show. Our desire to be like the characters made us walking, talking drones for regressive systems.

While art is supposed to be progressive and challenge prevalent notions, Friends made us enforce conformity to them.

Also read: 10 reasons why Friends was the greatest show ever

#Sexist, #Slut-shaming, #Homophobia, #Friends
The views and opinions expressed in this article are those of the authors and do not necessarily reflect the official policy or position of DailyO.in or the India Today Group. The writers are solely responsible for any claims arising out of the contents of this article.