Bajpayee is one of the few actors like Aamir Khan and Shah Rukh Khan who have their own independent managers.

After 24 years in cinema, you’d think acting must be easy breezy for Manoj Bajpayee.

It wasn’t so on the sets of Gali Guleiya, an intense drama that releases on September 7. Bajpayee said he was feeling out of breath while shooting for Gali Guleiyan, an intense drama (Photo: Twitter)

On the 28th day of shooting Bajpayee told his director, newcomer Dipesh Jain, to ‘wrap it up’. It isn’t that he wasn’t enjoying the process of playing Khaddoos, a man in search of a child and with plenty of issues of his own.

Playing a complex character and shooting non-stop in the dilapidated house had begun to take a toll.

“I started feeling out of breath. I needed a break,” he said.

“Khaddoos is trying to undo the entire past and with every effort he is failing. To portray that demanded lot more from me. All skills were used and sometimes they fell short.”

It’s a demanding performance in which he has to work in isolation and with limited dialogues to give a sense of his troubled mental state.

Audiences will be reminded of one of Bajpayee’s finest works in Aligarh.

Both Khaddoos and Professor Siras battle isolation, only one is fighting himself than the society.

At the core of Gali Guleiya, much like Udaan, is a toxic father-son relationship and how memories of a broken childhood can ruin your present.

Jain, who shot in real locations in Delhi, doesn’t spoon-feed the audience, offering them details little by little and keeping them guessing.

It can be a trying watch but what makes it compelling is Bajpayee and child actor Om Singh in his first film. Asked about what makes Bajpayee eager to collaborate with first-time directors like Jain, he said, “I can’t expect an old-timer to come up with this kind of an experiment. The newcomers are exposed to works by filmmakers beyond Hollywood. I have to respect the knowledge that they have. If you are interested in evolution as an actor, you have to tag along.”

It’s one of the reasons why he hasn’t signed up with a talent management agency which he feels may not necessarily encourage him to do films like Gali Guleiyan but do more like Satyamev Jayate. Bajpayee is one of the few actors like Aamir Khan and Shah Rukh Khan who have their own independent managers.

“I have been getting work through the body of work that I have created and the credibility I have gained in the market so why should I give them an interest in it,” he said.

“I will go ahead and do whatever I want to do. I am doing stuff doing without any fear or greed.”

And the approach is working for he continues to get work. A lot of it. 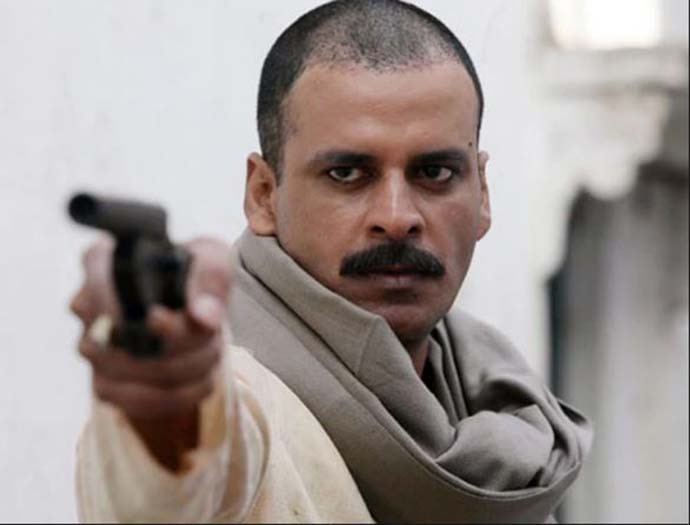 Manoj Bajpayee wants to evolve as an actor and that's why prefers to work with new directors. (Photo: India Today archive)

Come September, he will also be seen in a special appearance in Love Sonia, a drama on human trafficking also starring Mrunal Thakur, Richa Chadha and Freida Pinto.

Next year will see him in Abhishek Chaubey’s Son Chidhiya with Sushant Singh Rajput and Bhumi Pednekar and there’s also Devashish Makhija’s Bhosale in which he plays a terminally ill, retired constable. “It’s harder to say ‘No’,” he said. “It’s harder to take a break now.”