Who was Gangubai Kathiawadi?

Sanjay Leela Bhansali, the director of Hindi movies known for his opulent films, is all set to release his next film, Gangubai Kathiawadi, on February 25 this year. Gangubai Kathiawadi stars Alia Bhatt in the lead role. The first looks of the movie were released in January 2020. The film also stars Ajay Devgn, Vijay Raaz and Indira Tiwari.

The teaser of the movie was released in February 2021 and it received rave responses. From Shah Rukh Khan to Ranveer Singh and Priyanka Chopra, all praised Alia for her performance.

Have a look at the teaser of the movie:

Gangubai Kathiawadi was initially set to release on Septemer 11, 2020, but because of the Covid-19 pandemic, the release date had to be postponed. Then the makers decided to release it theatrically on July 31, 2021, but once again it was pushed because of the second wave.

Now, the directors have finally zeroed in on February 25, 2022 as the theatrical release date.

The film is based on a chapter, Gangubai Kothewali, from the book Mafia Queens of Mumbai written by S Hussain Zaidi in 2011. But who was Gangubai Kathiawadi and what made Sanjay Leela Bhansali find her life so interesting that he decided to make a movie on it?

Here's what you need to know about Gangubai the person.

Gangubai Harjivandas Kathiawadi was born in 1939 in Kathiawad, Gujarat. Since childhood, she nurtured the dream of becoming an actress and moving to Mumbai. At the age of 16, during her college days, she fell in love with Ramnik Lal, her father’s accountant. The two eloped and went to Bombay, now Mumbai. In Mumbai, they married and started living together.

But fate had something else for her.

Her husband conned her and sold her to a brothel for Rs 500. Her life as Gangubai started in the brothels of Kamathipura, one of the biggest red light areas in Mumbai.

In the 1950s, Karim Lala, Haji Mastan and Varadharajan were the three most prominent gangsters of the Mumbai underworld. The area of Kamathipura fell under Karim Lala. Many of Lala’s men were customers in Kamathipura’s brothels.

In one incident, one of Karim Lala’s men brutally raped Gangubai, who then reached Karim Lala to seek justice. Quoting from Hussain Zaidi’s book Mafia Queens of Mumbai, Gangubai said to Lala, “I might be a prostitute but I am not an object that people can use whenever they feel like. Because of that man I had to be hospitalised. He was very brutal to me.”

She tied a rakhi around Lala’s wrist and sought his protection. Little did Mumbai know at the time that this woman from Gujarat was on her way to become one of the most dreaded, respected and powerful woman of Mumbai. 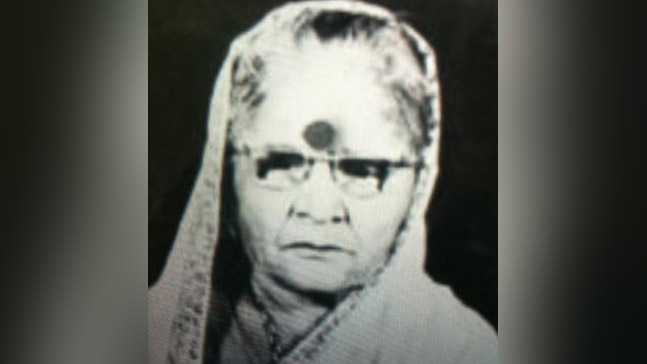 Under the patronage of Karim Lala, Gangubai Kathiawadi excelled in fulfilling her ambitions. She became powerful with strong underworld connections, ran a drug-procurement network, and even ordered murders.

Quoting from Zaidi’s book, ”Under tutelage of her rakhi brother, she began to develop strong ties with Nagpada police station and the underworld.”

Gangubai came to be known as the Madam of Kamathipura and there is even a statue of her in the area.

In 1960, she was the President of Kamathipura and the only brothel owner who owned a black Bentley car, the valuation of which today would be around Rs 4 crore.

One of her fiery speeches in Azad Maidan in Mumbai brought her in notice of the then Prime MInister of India, Jawahar Lal Nehru. In her speech, from Zaidi’s book, she said, ”Unlike the other cities of India, the streets of Bombay are safer today. I don’t want to take credit from the police administration, but I also believe the notorious women of Kamathipura should be partly given credit for this.”

She said, ”Jawans of the country who fight endlessly in the battlefield so that you remain unharmed; we prostitutes are fighting our own battles.”

She also asked why Kamathipura drew expressions of disgust in the so-called forward city of Mumbai.

Her speech drew attention and subsequently, she even got an appointment with PM Nehru. She placed the request of protecting the red light area of Kamathipura from removal by government authorities. Nehru accepted the proposal.

5. WORKED FOR THE BROTHEL WOMEN Though she ran brothels, she never forced women into the trade. She fought for her workers' rights. The walls of Kamathipura are still adorned with her photos.

#Kamathipura, #Gangubai kathiawadi kamathipura, #Aliabhatt, #Gangubaikathiawadi
The views and opinions expressed in this article are those of the authors and do not necessarily reflect the official policy or position of DailyO.in or the India Today Group. The writers are solely responsible for any claims arising out of the contents of this article.