The Christmas of 2016 was, indeed, the Last Christmas of sorts, in a heart-wrenching way. It has been so ironic, decreed by destiny, that George Michael, the prince of Pop music, breathed his last in the early hours of Christmas morning of ’16. And it still moistens our eyes each time we hear that lovelorn anthem is sung in the sexiest of voices of our times.

A whole generation of women, still, get their hearts racing and feel a nervous rush of a teenager’s first romance every time we tune into a George Michael song. Such has been his hold over our teeny-weeny, achy-breaky hearts.

George Michael was the rockstar lover boy who made our hearts beat faster with his silky, smooth voice and Greek God good looks. His irresistibly attractive swagger (shades better than his partner Andrew Ridgeley, though the latter was not a bad looker either) always made us swoon and sweat. 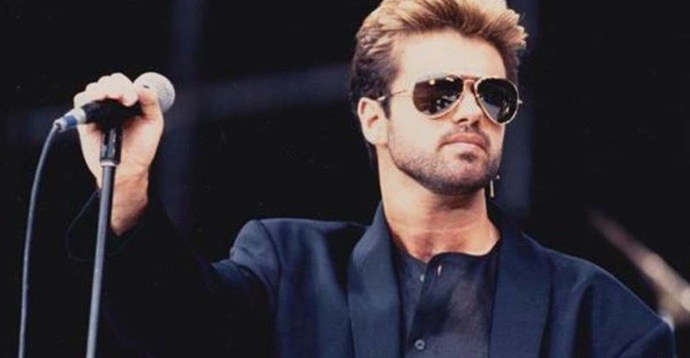 George Michael, the prince of Pop music, breathed his last in the early hours of Christmas morning of ’16. (Photo: Facebook)

Friends, who know me since the 80s, would recall my unabashed love for George and my tribute to him through the way I wore my hair for years. My shaggy, messy-top hairstyle was a collective homage to my Pop idols of that time – George Michael, Cyndi Lauper and Janet Jackson.

Besides grabbing a huge chunk of space in our hearts, George Michael helped us feel, emote and express the teenage and early 20s love we wore on our sleeves. I remember being pulled in for a New Year's Eve dance by one of the hottest Doon boys at that time, the hunk a lot of us girls crushed over.

With a pounding heart and the white fear that he would listen to the loud hammering sound my heart was making over the music, I crumbled into the luscious dude's arms as we danced cheek to cheek in dimmed lights on 'Careless Whisper.'

During one of my longest infatuation periods, George's mellifluously sung love ballads kept me company as I teared up at the thought of unrequited love. Entrenched in the mushy, largely imagined phase of romance, I would cry copiously into the pillow with the strains of "One More Try" causing the right effect on my weak nerves. Back in the day, fed on the "boy chases girl" diet of Bollywood flirtations, I often looked out the window into the farmhouse orchard to imagine George Michael tease and tempt me with his 'Edge of Heaven.' With his golden voice belting out tempting lyrics in the background, I would time and again sit by my bedroom window and either watch the rain falling on the garden swing or count dew drops on the summer grapevine or look at frosticles on the edges of the fir tree leaves. The seasons would change but what would stay constant was my love and intense admiration for this blonde bombshell.

In my late teens, early twenties, without the experience of a real-life boyfriend, George filled the gap admirably. My fertile imagination was all I had to reach into to have a rollicking affair in my mind with the hottest Pop star; the deep sense and craving for passion making me go to places I did not know existed within me and feel such sensations that brought only pure joy.

Song after song, from 'Father Figure' to 'A Different Corner' to 'I can't make you love me' he made me relish the gamut of amorous feelings that every girl or boy should; and more importantly he made me feel those without the baggage of guilt, secrecy, hurt and heartbreak.

For a large part of my life, dance has been a big segment of my exercise routine. More than walking and cycling, what I have really enjoyed is an hour long dancercise to pulsating music in the cozy confines of my house. Whenever I have done that, 'Wake me up before you go-go,' 'Club Tropicana,' 'Young Guns,' 'Come On' and 'Bad Boys' have always been on the playlist.

Even today, at my heaviest, sedentary worst, it is “Faith” that makes me get up and wear my Blue Suede Shoes! George Michael, you will always be missed. (Photo: Wikimedia Commons)

Well, the thing is, first loves never disappear, reappearing in some corner of the heart with the slightest nudge from nostalgia. They, like an autumn bloom, flare up at the faintest teasing of the memory, coming alive as if they never went into a deep recess, buried in the life that existed in another time.

And great musicians never really die. They are as immortal as the music they have created; rising up in our consciousness with just a turn of the knob.

George Michael, you were an essential part of my youth. That stage of life that one never lets go of, even when one advances in age. So, as long as I am young at heart, you will always reside in my mind and rule my heart with your uniquely special voice.

We love you, George Michael! And we will always miss you for all the music you could still have made.

For now, go on and do the jitterbug with God!