If I don’t speak out, I will lose my voice: Simran filmmaker Hansal Mehta

Failure, alcohol and contemplation have played an integral part in shaping what he does today and the choices he now makes. He says that without failure he would not have experienced angst. That without alcohol, he would have never known what loss of control meant.

“Without contemplation and my extended break from films I would have never experienced peace. I look back at all those times with fondness and gratitude,” said director Hansal Mehta, whose film Simran will hit the screens in September.

No, he does not want to talk about the controversy regarding the film that stars Kangana Ranaut. He is clear that he has already said what he had to and does not owe an explanation or clarification to anybody. “I want to focus on the film which needs all my attention. It’s an intimate movie with smashing contribution by Ranaut and others, something I am waiting to share with the world,” says the filmmaker behind Aligarh.

But it’s not just Simran that is occupying his mindspace right now. With his movie Omerta, which he says is a companion piece to his movie Shahid, also starring Rajkummar Rao, all set to hit the international film festival circuit later this year and the web-series Bose, for which he is the creative producer, Mehta is on a roll.

Omerta, he insists, is a film he has wanted to make since 2005 and that Shahid was intended to be an enabler for that, something to give producers the confidence that he could pull off Omerta. “This political thriller is an ambitious film in every sense of the word,” he says about the film whose protagonist disrupts the system through violence and unrest. “This film is a retelling of the bloodied times we live in,” the director confides. 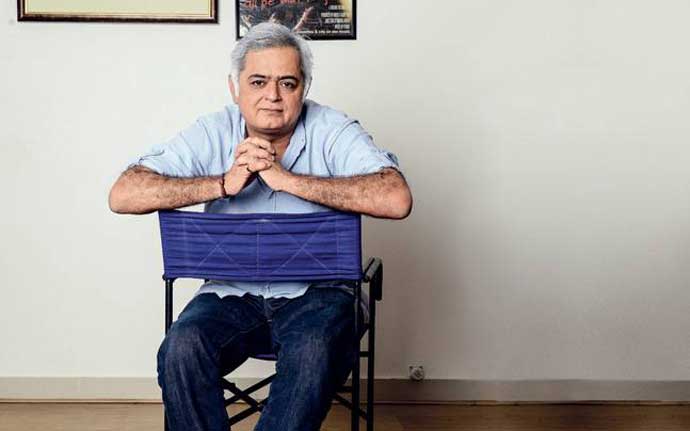 'Anything that could provoke debate or provide a contrarian view is seen as anti-national. This kind of attitude is counter-productiveto an expressive art like cinema.' Photo: DANESH JASSAWALA/India Today.

Excited about the film scripts on former Prime Minister Manmohan Singh, he is writing at present and one on Sanjay Gandhi that he plans to start work on soon, Mehta opines that some stories must be told in order to remind the future generations of their history - without embellishment or adulteration fed by politically motivated historians.

“All my characters, whether it is Shahid Azmi (Shahid), Deepak Singh (Citylights), Professor Siras (Aligarh), are a reflection of various social microcosms that form an essential part of understanding the world we inhabit or will inhabit. Stories like that of Manmohan Singh or Sanjay Gandhi are also humanised tales of flawed legacies that I hope form an integral part of my own cinematic journey.”

Mehta is a man in a hurry. He says making cinema means being able to make his next film. “Well, I’ve spent too many years doing work that was pointless and mediocre. There are so many stories to tell and I want them out there for the world to see.”

In times when films can be stopped from screening at film festivals in the country, the filmmaker feels that it is reason for despair as one is living under an establishment that looks at cinema as only a tool for nationalist propaganda. “Anything that could provoke debate or provide a contrarian view is seen as anti-national. This kind of attitude is counter-productive to such an expressive art,” he says.

Talk to him about little support for independent cinema, with even organisations like NFDC not giving a go-ahead to any film for the past three years, and he interjects, “Expecting support from a state that thrives on control is akin to accepting slavery. Independent voices need support from individuals, foundations, collectives and an alternate platform, to be showcased.”

Mehta is excited about the online medium, which he is exploring with the web series Bose. “Fewer restrictions, the ability to explore multiple plots... as a storyteller, it (online medium) pushes me to cross all boundaries. I am here to stay.”

Also read: To be gay in India and not belong: Aligarh needs to be watched