Why we need to rewrite our wedding vows

The story of Sati is a warning. You are not supposed to visit your parents' home if your husband isn't respected there. But asking for permission to visit? In this day and age?

No Hindu woman is allowed to make the mistake Sati did.

According to mythology, Sati went to her father Daksha’s yajna — where her husband Lord Shiva was not invited. In fact, it was not even a last-moment slip-up that the son-in-law was not invited. It was intentional — a Bollywoodish ego tussle between the royal Daksha and the ascetic Shiva.

As it turned out, Sati could not tolerate her husband’s humiliation. She immolated herself in the yajna fire itself, which angered Shiva so greatly, it led to his tandava and the consequent stories of how Sati’s body splintered and those places where each of her body parts fell became various 'Shaktipeeth'.

But that’s for another time. 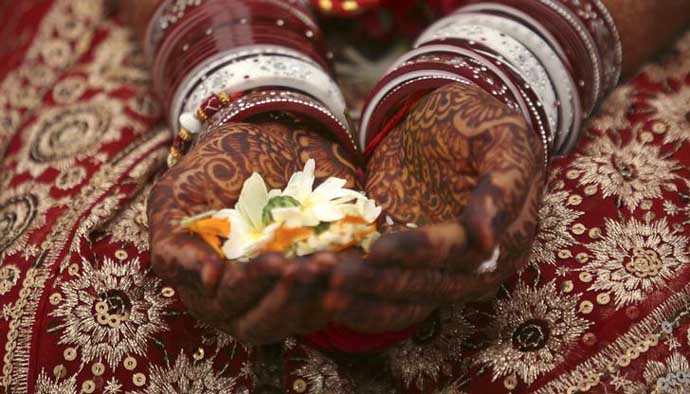 Wow! Some of those wedding vows are truly involved. Pay attention the next time you hear them! (Photo: Reuters)

For now, let’s take up the issue of Sati’s apparent mistake of visiting her ‘maika’ where her husband was not duly respected. This has been viewed as such a huge error that it has indeed become a vow every woman takes at her wedding — not to visit her parents’ house uninvited, or, without the husband’s permission.

Not that I am an expert on wedding rituals but I have recently seen how these regressive vows are uttered by priests amidst utmost banter, much to the delight of those sitting around and witnessing what’s supposed to be the wedding of two — equal — hearts.

These rituals and vows differ from one state to another; from one community to another. So, don’t get offended if this exactly is not your wedding vow. Yours must be equally agitating, believe me.

With the specific vow I am talking about, the bride has to agree to take 'permission' from her husband every time she wants to visit her parents — only on two occasions is she a free bird.

When the visits serve some purpose of the male members of the ‘maika’ – so, on Raksha Bandhan and Bhai Duj.

The boys have it sorted.

It's not exactly fair for the groom as well.

He has to be the saviour. He has to be the mard, jisko dard nahi hota. He has to be the protector. He has to take his wife wherever he travels. (RIP #Solotravel on Instagram). He has to provide roti and kapda. Makaan is a given because if you don’t have it already, rent will also do fine, especially in Mumbai. Without all this in place, how dare you seek my daughter’s hand!

Also, as per this view, what else does a woman even need in life? Apart from roti, kapda and makaan?

Did you just mutter that three-letter S-word? This wedding stands cancelled! (But we do want grandkids in two years max!). 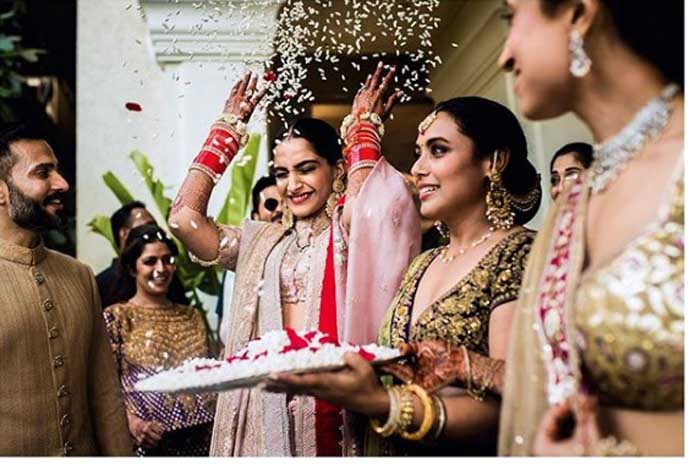 Here’s my permission — and here’s my debt (No EMI)

For the families, it’s a win-win situation.

If you represent the groom’s family, you win because you apparently get a daughter.

If you represent the bride’s family, you win because you never had a daughter. It was paraya dhan, and the debt stands cleared by one handful of rice thrown by an acrobatic movement of the hands during Vidai. (No EMI involved).

So, no one loses anything in this grand, glittery show called the desi wedding?

Also Read: Why the perfect wedding gift does not exist

#Wedding, #Sati, #Wedding rituals, #Hindu wedding
The views and opinions expressed in this article are those of the authors and do not necessarily reflect the official policy or position of DailyO.in or the India Today Group. The writers are solely responsible for any claims arising out of the contents of this article.