Wendy Doniger on how India's sexual conservatism is a result of the British, not Mughals

[Book extract] Many of the English-speaking Hindus came to accept the British evaluation of Hinduism, in a kind of Stockholm syndrome.

The situation for the Kamasutra changed when the British colonised India in the 18th century. As not only Protestants but Victorian Protestants, the British rejected as filthy paganism the sensuous strain of Hinduism, both the world of kama and much of Hindu theological dharma, with what they saw as kitschy images of gods with far too many arms. It reminded them of Catholicism. They also opposed aspects of Hindu social dharma, such as child marriage and the burning of widows (sati).

But they respected Hindu ethical dharma, including Indian monism and idealism (so appealing to European philosophers from Schlegel to Hegel) and the Bhagavad Gita (so appealing to the American Transcendentalists). At the same time, the underside of Victorian prudery, Victorian pornography (among what Stephen Marcus called "The Other Victorians"), also flourished in its Orientalist form, and it was an Englishman, Sir Richard Burton, who brought the Kamasutra to the attention of Anglophone Indian as well as British readers in 1883, when he published the first English translation of the book. But proper Europeans were scandalised by the Kamasutra. 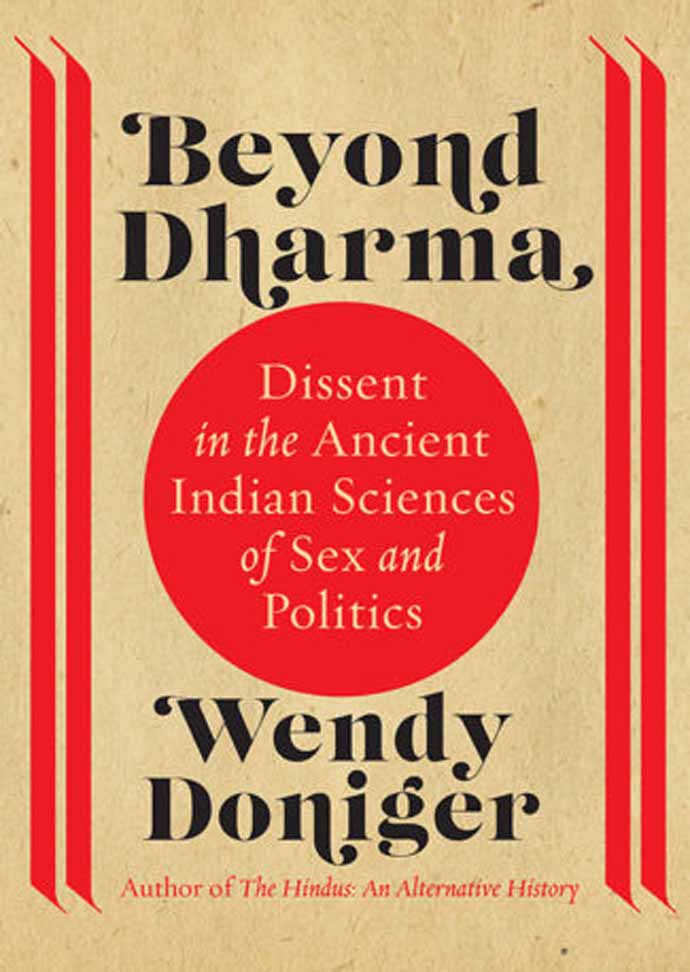 Beyond Dharma: Dissent in the Ancient Indian Sciences of Sex and Politics (Speaking Tiger)

To get around the censorship laws, Burton set up an imaginary publishing house, the Kama Shastra Society of London and Benares, with printers said to be in Benares or Cosmopoli. When Richard Schmidt produced his definitive German translation of the Kamasutra in 1897, he put "the presumably scandalous passages" in Latin, and another translation into German, this one unexpurgated, led to a lawsuit in Germany as late as 1964.

Many of the English-speaking Hindus who worked for and with the British came to accept the British evaluation of Hinduism, in a kind of Stockholm syndrome. They developed new forms of what came to be called Reform Hinduism, the Hindu Renaissance or the Bengal Renaissance, which valued the philosophical, ascetic aspect of Hinduism and devalued the world of pleasure represented in the kama-shastra. They propounded a white-washed brand of Hinduism limited to ethical dharma, particularly Sanatana Dharma ("the eternal dharma"), heavily flavoured by Unitarianism. A number of such Hindus, particularly in Calcutta (now Kolkata), went about trying to silence the love songs to the gods, to cover up the erotic sculptures, and to kick the temple dancers out of the temples.

This sanitised Sanatana strain of Hinduism was just one form among many, and a minor strain at that. It thrived primarily among the middle castes, who aspired to raise their social class by aping Victorians, this whole strategy aping the much older Hindu strategy of lower classes aping Brahmins, in a process that the great sociologist MN Srinivas called "Sanskritisation". Most Hindus went on telling their stories and dancing their dances and worshipping their many gods. But the middle castes began to enforce this new brand of dharma.

In the 20th century, kama in general fell into still deeper disrepute. The British lion, even after its official death in India in 1947, dealt another blow to Indian freedom of expression through the film censor board (the cousin of the US Hays Office), which, from the early 1950s, implemented a policy that had roots among the British (who had worried more about sedition than about sex). The film censor board cast a shadow that extended over Indian visual arts and literature as well as film. But where the Sanatana Dharma of 19th century Reform Hinduism had opposed abusive aspects of Hindu social dharma, including those affecting women, this new version enforced social dharma rules repressing women. In the 2000s in Bangalore, Mumbai, Delhi, and several other Indian cities, vigilante groups like the Sri Ram Sene (The Army of Lord Rama) routinely beat up young couples seen together in public and women who visited pubs, and also vandalised shops that sold Valentine's Day cards.

Indian intellectuals generally deplored this prudery and blamed it both on the British, who largely deserved it, and on the Muslims, who generally did not. (Muslims of the Lodi dynasty in the 16th century commissioned one of the last great works of Sanskrit erpticism, the Ananga Ranga, and the Mughals who succeeded them particularly appreciated the Kamasutra and produced lavishly illustrated editions.)

VS Naipaul, in his book Half a Life, offers his own, rather jaded version of the anti-Muslim accusation as applied to the Kamasutra: "In our culture there is no seduction. Our marriages are arranged. There is no art of sex. Some of the boys here talk to me of the Kamasutra. Nobody talked about that at home. It was an upper-caste text, but I don't believe my poor father, Brahmin though he is, ever looked at a copy. That philosophical-practical way of dealing with sex belongs to our past, and that world was ravaged and destroyed by the Muslims." And then (the argument continues) came the British missionaries, adding insult to injury. Thus, many Hindus blamed India's sexual conservatism on "an unholy combination of imposed Muslim religiosity and imported British 'Victorianism'".

But these psychic wounds actually date, as Pankaj Mishra has noted, not from the period of Muslim rule, in which Hinduism thrived under the new stimulus, but "to the Indian elite's humiliating encounter with the geopolitical and cultural dominance first of Europe and then of America".

#Wendy Doniger, #Book Extract, #Kamasutra, #Sexual conservatism
The views and opinions expressed in this article are those of the authors and do not necessarily reflect the official policy or position of DailyO.in or the India Today Group. The writers are solely responsible for any claims arising out of the contents of this article.