[Book extract] The Mahatma respected moderates, but was extreme in his own way.

In our times, Gandhi followed the path of egoless fearlessness. He respected the moderates, but was extreme in his own way.

Even today, there are many people who practise a Hindutva that is not articulated clearly even to themselves. Among them are both upper-caste and lower-caste Hindus and those who fit Savarkar’s definition of Hindutvavadi.

In their view, the cosmopolitan Congress leaders appear as escapists who not only cannot stand up to the Muslims, but also pander to them for their votes. In this situation, it seems like only Modi has the kshatra quality to rule this country with chaturopaya, by silencing the Muslims of this country and appeasing the avaricious ones among them. They don’t see this trait in the well-mannered Advani who inadvertently praised Jinnah. If Savarkarism is a display of valour, Gandhism advocates morality and self-realisation.

The person who seemed to rival Modi for a brief while was Arvind Kejriwal, who did not hesitate to be seen as a practising Hindu and posed for cameras with his bare, vibhuti-smeared body after a dip in the Ganga. In these elections, Kejriwal alone countered Modi’s Hindutva intellectually as well as through simple Hindu rituals. Rahul Gandhi, with his liberal European mindset and a half-baked cosmopolitanism, speaking some Hindi but better English could not weather the storm of Hindutva. The low-caste leader from Gujarat became the ideal, like Shivaji, for Indians who had a deep-seated longing for kshatra qualities. He rekindled memories of Vivekananda.

Also read: Savarkar's big mistake and what Indian Muslims and American Catholics have in common

It was possible, in ancient India, for a low-caste individual to become a ruler. A shudra with his bravery could climb the caste ladder and become a Kshatriya. Shivaji was crowned like this. I believe that this egalitarian dream, so dear to many of us, is realised today in Modi – not because of the Sangh parivar’s ideology, but because of the environment created by Gandhi, Ambedkar and VP Singh. This environment became necessary for the Sangh parivar as well.

When I was in Kerala, I invited VP Singh to our university. At breakfast I asked him, "When you were in the Congress for so long, you did not think about the upliftment of the 'Mandal' castes. What you are doing now, is it political?"

After thinking for a moment, he replied, "It is not only my politics. All political parties will have to bring it into practice."

I recalled what he had said sometime later. On the occasion of the Padma Awards ceremony, the friendly Advaniji came up to Esther and me at tea time and spoke to her in Kannada, saying, "Hegde taught me this in jail." After some polite conversation, he said to me, "See how times have changed. All these days, I looked upon Kalyan Singh only as a party colleague. Today I am compelled to notice his caste."

If Kejriwal took a dip in the Ganga, Modi performed an arti to the river. After Modi won the elections, a joyous Indian media projected amplified images of his calm, contented, smiling face. Over and over, they showed Modi offering flowers and paying his respects before a small photograph of Gandhi. Gradually, the Gujarat riots grew into a myth, like the one of Arjuna setting fire to the Khandava forest, a symbol of his bravery.

It is a sign of the new times that Gopal Subramaniam, who reminds one of past events, was prevented from being appointed a Supreme Court judge. Subramanian Swamy justified this by saying that the stand Gopal Subramaniam took during the Ram Setu controversy was not right. Though Subramaniam was a very senior advocate, he did not subscribe to the ideology on which the elections were won. 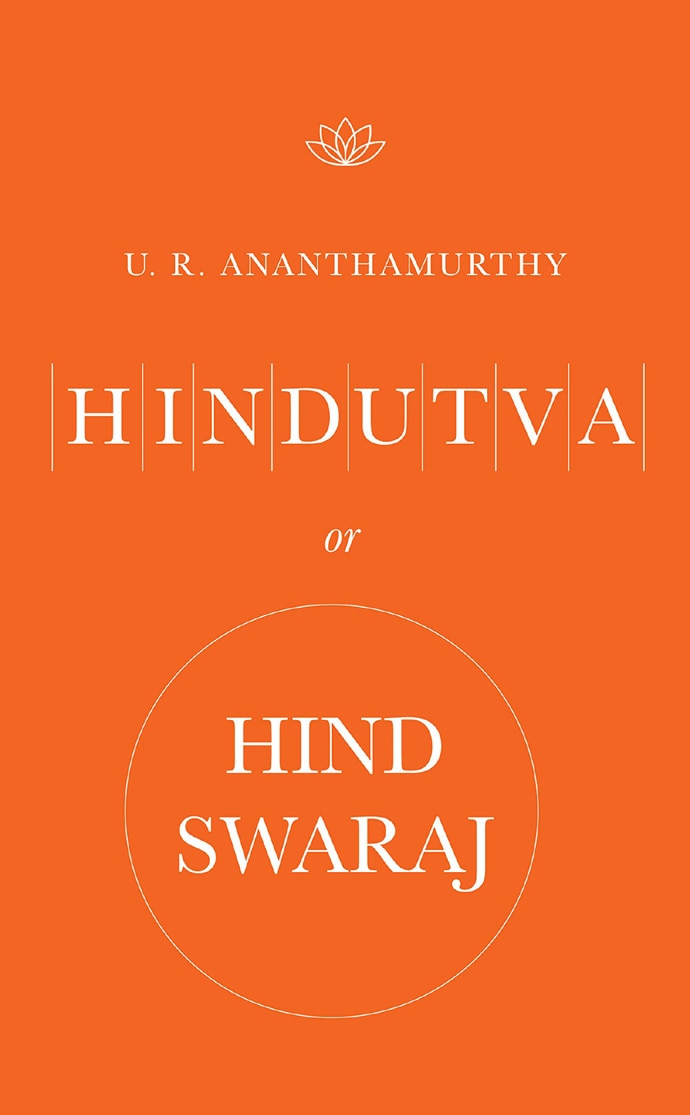 Let us go back to Hind Swaraj, a work contemporary of, and an alternative to, Savarkar’s Hindutva. In this book, Gandhi’s clarity of thought comes from the greatness of ancient India as well as the meanness of its decadent practices. In his words, Gandhi paid more attention to the greatness, but in his actions, he focused on its meanness. Like untouchability, casteism and unclean holy places that discriminated among people on the basis of their caste.

Also read: Are we allowed to forgive Godse?

Gandhi observed a fast for one day because Kasturba, along with his secretary Desai, went to the Puri Jagannath temple where untouchables were not allowed. This is how he acted. Gandhi’s egoless courage is unique in that it allows him to reject modern medicine, the British Parliament, railways, lawyers and doctors. Some of his words are as follows:

If Savarkarism is a display of valour, Gandhism advocates morality and self-realisation. Even as he builds the argument, Gandhi recalls the Gujarati word for "civilisation". His modernism is not cosmopolitan. It has its roots in Gujarati, it grew in India and its branches spread across the sky.

Also read: Why Nathuram Godse saw Gandhi as the greatest enemy of Hindus

In the early 20th century, these two Indias, the cosmopolitan and the other rooted in India, germinated among the Indians living in England, and sprouted and spread to India as well.

Gandhi respected Tilak but chose Gokhale as his guru. For the radicals of that time, Gokhale was a coward.

An exploration of various texts has revealed that my view that the Hindutva of bravery and a universal religiosity that supports lower communities are two separate entities is superficial. In the Congress, the views of those who did not subscribe fully to Gandhi’s ideology had an element of aggression in them, even if they were not as extreme as Savarkar’s.

Once Masti, whom I revered, came to attend my talk on Gandhi. After everyone had left, he called me to his side and said warmly, "No doubt Gandhi was a Purushottama. A Mahatma. But he did not pay attention to kshatra dharma."

These words of Masti have remained with me, without acceptance or opposition.

Among Gandhi’s followers were both devout but liberal Muslims like Maulana Azad and militant Hindus. Those freedom fighters who eventually succeeded in the Congress in the Nehruvian era were the cosmopolites with a vision of British socialism and eager for development. The leftists wanted India to develop an atom bomb.

Mao’s China, which encroached on our territory, attacked and overpowered us, also announced its atom bomb.

A few years later, the India of Gandhi’s satyagraha tested its atom bomb. Marxism has a way of accepting certain unavoidable realities as tactics.

If Gandhi, who believed that human beings were capable of instant change in their personal lives, their thoughts and their behaviour, had lived for ten years more, he would have been a daily embarrassment for the government. While Godse caused the government to feel orphaned, he saved it from embarrassment. That is the harsh truth.

#Book Extract, #UR Ananthamurthy, #Mahatma Gandhi, #Hindutva
The views and opinions expressed in this article are those of the authors and do not necessarily reflect the official policy or position of DailyO.in or the India Today Group. The writers are solely responsible for any claims arising out of the contents of this article.

The author is an acclaimed Kannada writer and critic. He was one of the pioneers of the Navya movement.