[Book excerpt] Salem had bedded some of the most ravishing sirens from the film industry, including a major beauty queen. But Monica was different.

Mafia dons are, by and large, more partial to one-night stands and brief affairs, hardly ever entertaining the thought of a serious relationship. But Abu Salem ventured into forbidden territory with Monica Bedi. Everyone around him was taken by surprise at this development, most of all Salem himself.

Salem had bedded some of the most ravishing sirens from the film industry, including a major beauty queen. But Monica was different. She had neither won crowns at beauty pageants, nor was she a contender for top billing in films. But there was something irresistible about her. Something he had not seen in the "plastic" divas of the film world. Salem wanted to marry her and take her with him to the US. But before that, he wanted to ensure that Monica reached the top league of Indian actresses. He felt that once she became a successful actress, she would be beholden to Salem and would not refuse a marriage proposal. It’s impossible to know for sure how many people got calls from Salem and which of them agreed to his demands, but Monica did get her first big break — the sort she had been waiting for all her life.

The film was called Jaanam Samjha Karo, scripted by Rajkumar Santoshi and directed by Andaleeb Sultanpuri, and released in April 1999. It had a star cast of big hitters like Salman Khan and Urmila Matondkar. Although Monica was touted as the second lead in the film and paired with Salman, she had only a minuscule role. It seemed quite evident that she was cast in a blink-and-miss appearance only to appease Salem and ward off his menacing calls. 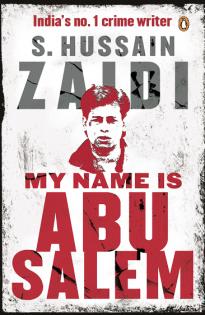 Rise of a starlet

The next big project that he landed for Monica was Jodi No 1, directed by David Dhawan, with such topline actors as Sanjay Dutt, Govinda and Twinkle Khanna. Ironically, Monica was paired with Sanjay, who had been given preferential billing over Govinda. However, Sanjay is believed to have been very upset with the casting of his romantic interest. He protested that if Govinda could get a top star like Twinkle, how come he was asked to work with a B-grade starlet like Monica Bedi? He considered quitting the movie, but one phone call made him change his mind. Monica Bedi with Sanjay Dutt in David Dhawan's Jodi No 1.

Sanjay was told in no uncertain terms that he had no option but to work with Monica and he was expected to be respectful to her — so much so that he was not even to hold her too firmly during the romantic scenes. Salem’s spine-chilling ultimatum was enough to make everyone on the sets wary. The result was that throughout the movie, Sanjay and Monica did not so much as gaze at each other lovingly, let alone display any physical chemistry. Sanjay was no longer working with Monica the actress; he was working with Monica, his bhabhi. The movie did average business on the strength of the comical pair of Sanjay-Govinda and because of Dhawan’s standing in the market.

For Monica, however, things had started looking up. She was being treated with respect and everyone wanted to please her. She had started enjoying her newfound respect, and basked in its glory. She was that much closer to being the superhit actress she had always dreamed of becoming. Soon, Salem managed to get through to Rajiv Rai, one of the most respected directors in the industry, and forced him to sign Monica on for his next film. Rai had produced hits such as Tridev with Sunny Deol, Naseeruddin Shah, Madhuri Dixit and Jackie Shroff, and Mohra with Akshay Kumar and Suniel Shetty. Widely considered to be a big name in the industry, Rai was in the process of making Pyar Ishq Mohabbat with Kirti Reddy, Suniel Shetty and Arjun Rampal.

There was no scope for another leading lady. But Salem had threatened Rai once in July 1997 and he knew that he had succeeded in frightening him. There was no way that Rai would refuse his "polite suggestion". Rai buckled under the pressure and brought her into the film, but completely lost interest in the project. Released in September 2001, Pyar Ishq Mohabbat was a box office disaster and Rai lost a considerable amount of money on it. Since Monica did not have a substantial role in the film, Rai feared a backlash from Salem and thought it best to leave the city. Meanwhile, the media had got wind of Monica getting roles as a result of her association with Salem. Journalists began investigating the threats received by the filmmakers. The producers of Jodi No.1 denied any duress in casting Monica and so did Rai. But the stories had begun appearing in the newspapers. Rai immediately shifted base and migrated to America.

Post your comment
#Book Extract, #Bollywood, #Monica Bedi, #Abu Salem
The views and opinions expressed in this article are those of the authors and do not necessarily reflect the official policy or position of DailyO.in or the India Today Group. The writers are solely responsible for any claims arising out of the contents of this article.

Author of a number of top selling books including: From Dongri to Dubai, Mafia Queens of Mumbai and, most recently, Byculla to Bangkok.