How the tragedy of Pakistan began with Jinnah’s flaws

Hussain Haqqani's book is an important read for those in India who believe Pakistan and Pakistanis are no different from ‘us’.

The book, Reimagining Pakistan, by Hussain Haqqani, makes for an interesting read about the circumstances, twists and turns that have led to Pakistan being widely described as the “epicentre of global terrorism”. It is an important read for those in India who simplistically believe that Pakistan and Pakistanis are no different from “us”, as “we share a common history and heritage”. Haqqani dwells at length on the contradictions and confusion surrounding the birth of Pakistan led by Jinnah. Photo: Reuters

Haqqani’s own career and life symbolise the travails of ambitious young Pakistanis, afflicted with disillusionment. Haqqani had just started his career in 1983, as a journalist of the Far Eastern Economic Review, when I met him in Islamabad. He was then an ardent supporter of military dictator General Zia-ul-Haq and his policies of promoting Wahhabi-oriented “radical Islam”.

He, thereafter, served rivals Nawaz Sharif and Asif Ali Zardari, as Pakistan’s envoy to Colombo and Washington. Targeted by Pakistan’s military, he now acknowledges the flaws in Pakistan’s body politic and the pernicious role of Pakistan’s all-powerful army. The book dwells on the fallacies and flaws behind the very creation of Pakistan, whose founding father, Mohammed Ali Jinnah, was an ostensibly liberal, cigar-smoking, whisky-drinking, pork-eating, British-educated lawyer.

Jinnah combined his “liberalism” with an insatiable appetite for territory well within India, like Hyderabad, Junagadh and even Jodhpur. There was no dearth of people then who considered themselves the true heirs of Muslim rulers who had ruled across India for centuries. There is no dearth of elitist Pakistanis even today who continue to believe that as they are fair-skinned, their forefathers were not from the subcontinent but from across the Muslim world.

It was primarily this sense of racial bigotry that led to their contempt and disregard for their darker-skinned Bengali-speaking brethren in the East and the eventual emergence of Bangladesh after a bloody armed struggle.

Haqqani dwells at length on the contradictions and confusion surrounding the birth of Pakistan led by Jinnah who, despite his professions of being modern-minded, gave Muslim clerics a free hand in political mobilisation.

Discontent in East Pakistan commenced with Jinnah’s authoritarian rejection of a legitimate role for the Bengali language. Not only were Pakistan’s first rulers not sons of the soil, they were insistent on enforcing the use of Urdu, which was not the mother tongue of any of Pakistan’s people, apart from those who migrated from India. This was merely because Urdu was popular in the court of alien Muslim rulers. 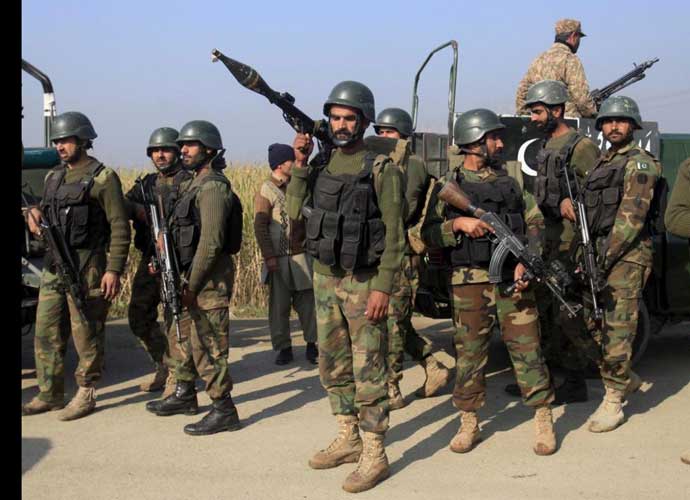 While the ostensibly modern-minded Jinnah co-opted religious extremists, Islamic fundamentalism spread rapidly during the decade long rule of General Zia. Haqqani provides a detailed description of the pernicious role of the army and its preferred jihadi groups like the Lashkar-e-Taiba, following the Soviet invasion of Afghanistan. Haqqani also describes how Pakistan’s army undermined the authority of successive civilian governments and led the country to disaster, by being drawn into America’s “war on terror” post-9/11.

There are also details of the army arranging the “disappearances” of inconvenient journalists and other civilians, who were seen as being inimical. Unlike his predecessors, President Donald Trump has bluntly exposed Pakistan army’s activities in fomenting terrorism across India and its support for the Taliban in Afghanistan, while swearing loyalty to the American “war on terror”. Pakistan army’s policy of hunting with the American hound while running with the Taliban hare lies internationally exposed.

The final chapters of the book are unquestionably the most interesting and relevant ones for contemporary reading. The chapter on Pakistan’s economic follies spells out how “weak civilian governments, vying for popularity and military governments without political support seeking legitimacy”, have led the country to economic disaster, making it a perpetual economic basket case.

Haqqani also alludes to the views of eminent economists like IMF president Christine Lagarde, on the reasons for Pakistan’s dismal economic performance. The last chapter makes sombre reading of the follies that have led Pakistan to religious extremism and near bankruptcy.

Haqqani advises, “Instead of a narrow definition of patriotism that excludes all serious deliberation about alternative paths for the country, Pakistan’s military could begin reflecting on why alternative paths may actually lead to a better future. There is, however, no sign that such rethinking is underway.”

This is a reality check for all Indians to ponder over, while looking at options available to deal with a dysfunctional and difficult neighbour. There are sadly no “easy options” on this score!

#Muhammad Ali Jinnah, #India, #Pakistan, #Hussain Haqqani
The views and opinions expressed in this article are those of the authors and do not necessarily reflect the official policy or position of DailyO.in or the India Today Group. The writers are solely responsible for any claims arising out of the contents of this article.

The writer is a former diplomat. He served as India’s high commissioner to Pakistan and Myanmar.