'Zero' could have aimed for the stars in its quest for love and fitting in. But it finally falls flat

But in Zero, Bauua Singh (Shah Rukh Khan) pushes himself into a territory where even Sushma Swaraj cannot intervene. And so, we have a film which looks at how limitless love can be, and yet, how empty and restless it can make one feel.

The loverboy here is Bauua, whose confidence and popularity is in contrast to his diminutive frame. He’s four feet, six inches tall and walks about Meerut as if he owns it. What exactly does this 38-year-old man do for a living? He is a good-for-nothing, as his father (Tigmanshu Dhulia) bemoans, happy to live off his family’s wealth. But he does have a purpose in life — he is looking for a wife, which he finds, through an online portal. Enter Aafia (Anushka Sharma), an Indian-Afghan scientist, who has discovered water on Mars. Bauua is hardly impressed for she suffers from cerebral palsy and is wheelchair-bound.

Bauua’s pursuit of Aafia is initially to restore his dented pride. So, this class ten-pass man woos Aafia through an operatic song on which he’s spent Rs 6 lakh, no less, to hire dancers, musicians and Holi colours. Where is the cash flowing in from? Well, that's a typically Bollywood mystery!

Like that trademark Bollywood touch, love has no intellectual barriers either and in Zero, Aafia falls for Bauua simply because he treats her as ‘equal’ and makes her feel ‘normal’. Marriage is impending. But Bauua doubts if he can last it out with a scientist.

As I watched it, I felt the first, more entertaining and sensible half succeeds because it normalises its hero. The visual effects team deserve a chunk of credit for seamlessly fitting mini-SRK into a big canvas. Like his earlier creations, writer Himanshu Sharma quite enjoyably highlighted the flaws of his leading characters, yet making them endearing. So Bauua is brash and thankless, but he still grows on you with his bravado and energy.

Bauua's admiration for actress Babita Kumari (Katrina Kaif) sees him make an ill-advised move which takes him from Meerut to Mumbai. There, he hangs with her as she struggles to get over her ex (Abhay Deol) with alcohol. We’re told it’s been a year, it feels like an eternity. It’s the least of the film’s troubles though.

To say that Himanshu Sharma loses the plot entirely in the second half is an understatement. At two hours and 44 minutes, the film is a slow, taxing descent to a fantastical climax. Part of the second half involves watching Shah Rukh Khan walking around New York in his boxers. By playing Bauua, Khan certainly aims for the stars — but I felt he fell short mainly due to a script which leaves viewers short-changed. A trip to Mars ends up feeling like one to distant Pluto (which is now coincidentally called the ’dwarf planet’).

Khan is as valiant as his character, his energy and effort evident in every frame — but if 2018 has proven anything, it’s that the three superstar Khans no longer hide the flaws of a story and carry a film on their shoulders. The year has in fact shown us the vulnerability of the three superstars to a weak, if not collapsing, storyline. Here too, the last 45 minutes of Zero are intolerable cruelty as we see Bauua go to inordinate lengths to prove how deep his love is, with the jilted Aafia watching his ‘agni pariksha’ by the sidelines.

Where Tanu Weds Manu and Raanjhanaa had a few colourful supporting characters that added zing to the proceedings, Zero is too occupied in trying to be an epic love triangle. It doesn’t help that they remove the third angle too soon. Kaif delivers an efficient performance which appears like an exercise in catharsis. The comic relief provided by Bauua’s sidekick Guddu (Zeeshan Ayyub) works only in parts. 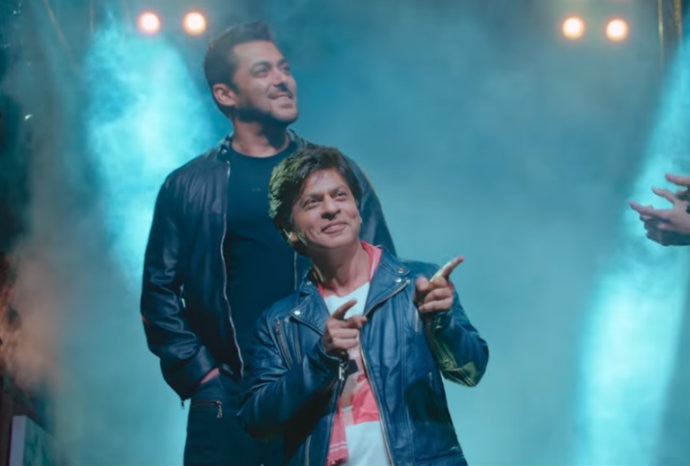 One can see Khan, Rai and Sharma pull all sorts of tricks — a dance number with Salman Khan, a reunion with all of Khan’s heroines at a strategic film party, even adding a chimpanzee to the plot — but there’s no magic. Instead, these desperate attempts never fit into a compelling or well-planned narrative.

There’s a telling statement in Zero which touches on the conflict in the romance. In one of the two memorable showdowns between Aafia and Bauua, she complains how she has had to match up to his “akkad, jaat and aukaad.” That suggests how proving oneself worthy of love and valuing what one has are easier said than done.

It leaves one wondering about the complexities of being a Bauua in this world. It's an intriguing question but one which the makers of this paricular film aren’t able to explore, simply because they are caught up in making him fit the mould of Shah Rukh Khan. To negate Bauua’s size after a while begins to irk.

Love, for all its wonders, also needs to feel real.

Reaching for the stars is commendable but staying emotionally rooted is significant. Despite all the potential it held, to delve into new terroritory Bollywood has thus far shirked, Zero ultimately lacked much heart. I thought that was its biggest shortcoming.