At the India Today South Conclave 2018, Gautami, Khushbu, Taapsee, Kajal talk about casting couch and others issues they face.

A day after Kannada film actor Sruthi Hariharan exposed how she had faced casting couch not once but twice in her career, actor Taapsee Pannu said that it had been a shock for many that Taapsee never faced it, despite having worked in the south Indian film industry for so long. Such is the image of the industry.

“I haven’t faced casting couch but I know of a few actors who confided in me in casual conversation what they have faced. And they have been surprised that I haven’t faced any as I have been working in south for so long and I do not have a background of films which can protect me from such indecent proposals,” the Pink actor said talking at India Today South Conclave 2018 during the concluding session of “Women in public life: The personal is political.”

It worries me that why people think such kind of an indecent proposal will take women forward: @khushsundar #SouthConclave18Watch full video: https://t.co/4dMzO4Q83h pic.twitter.com/Rd5YRzHJWU Veteran actors of the south Indian film industry, Gautami and Khushbu denied of receiving any indecent proposal in their careers, but agreed its raging presence in the industry. "It worries me that people think agreeing to such proposals will take women forward. And people also consider women to be so desperate," Khushbu said. Telugu actor Kajal Aggarwal said casting couch is present everywhere, in other professions as well. “It’s a personal prerogative. It’s a subjective thing. It’s a personal call if somebody wants to go ahead in their lives by doing something with another person. There should not be any judgement. It’s sad that all of us are considering ourselves lucky for not being hit on. That should have been the way of life.” 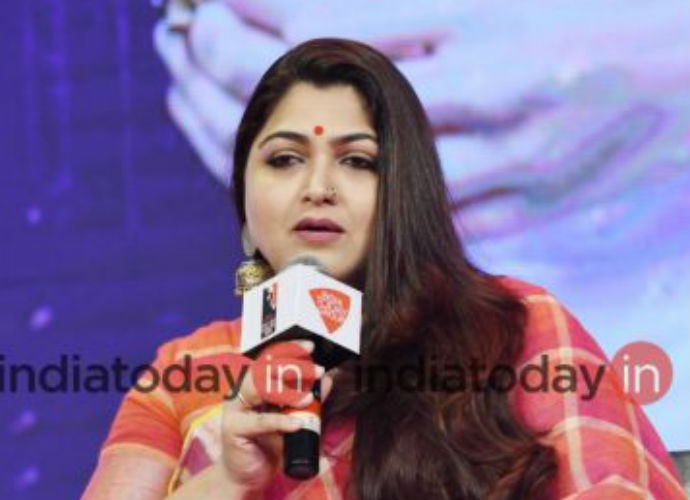 Heroines are replaceable, heroes are not

Talking about the discriminatory treatment meted out to the heroes and the heroines of a film, Taapsee recounted how the introduction of a character she was essaying in a south Indian film was dropped as the hero of the film objected to it. “The introduction was one of the reasons why I agreed to do the film. And when I asked my director why I was not informed that the introduction of my character is being dropped, the person asked me whether he was entitled to inform me,” Taapsee said.

Citing how leading ladies of a film are rejected for quoting higher remuneration, for not being available for shooting, according to the convenience of the director, or the hero, Taapsee said, “Over the years, I have understood that I am a replaceable object in a film. I was going to be blamed if a film flopped. It was then that I decided to make a name for myself so that a character is created keeping me in mind. I will do a south movie every year, but the character has to need me. And I will do it in a profit-share basis, just like the hero of the movie.” 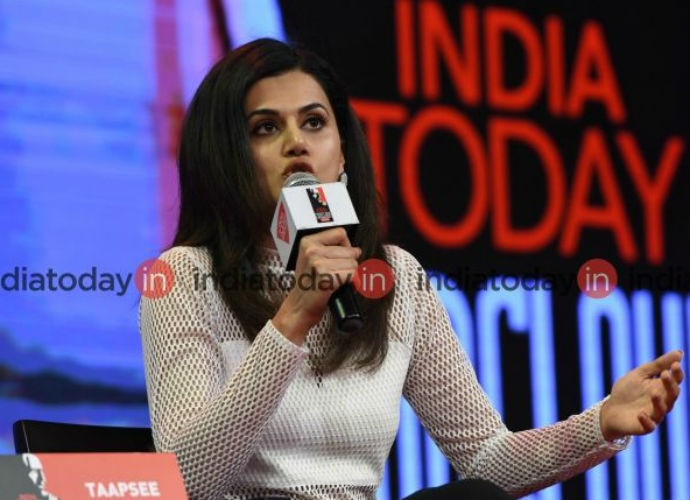 How Taapsee shuts down trolls

While Kajal was of the view that social media has made things easier for them as people think twice before commenting in fear of public glare, Taapsee had a different story to share. She was trolled for posting a bikini photo from her movie Judwaa 2 on Twitter. “I don’t troll them, because I believe an eye for an eye will make the world blind. If you get offended, then their purpose is served. I don’t get irritated. I just mock them. I work hard to attain a body like that. Why shouldn’t I post my bikini photos?”

"When you are against the tide, it's YOU who needs to stand up for yourself......But don't forget the smile 😁" #Judwaa2 #AaTohSahi pic.twitter.com/qIimdBSkHY

Gautami said why it is wrong to impose a negative connotation to women who want to look glamourous. “They are just a reflection of the audience. There is nothing to be apologetic about wanting to look good.” 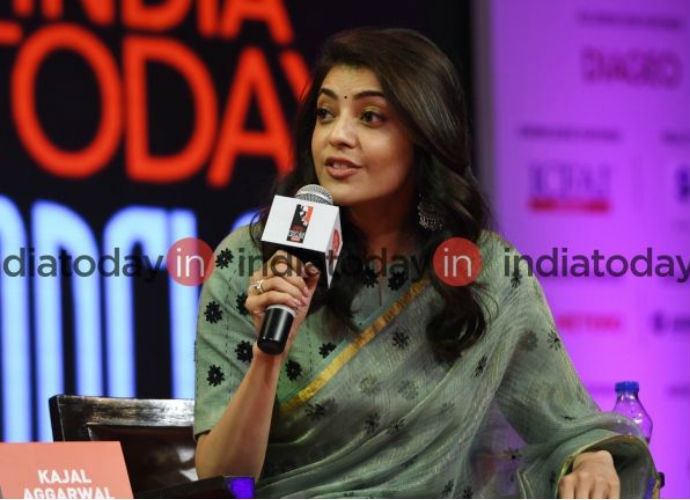 ‘It’s time we objectified men too’

At a time when a bikini picture of an actor becomes the centre of a controversy, but not a single word is spent on the six-pack abs of the leading male characters of the movie sets a different precedent of gender bias. This is because the movies are targeted at male audience. More number of female viewers may skew the scenario of objectification, the actors agreed.

Also Read: Why 20 AAP MLAs are facing disqualification (and what political parties are saying about it)