Superhit Tamil movie Jai Bhim tells the story of the custodial death of Rajakannu', a man from the Irula tribe, and the long legal battle that followed. Jai Bhim has been slapped with a legal notice now.

Jai Bhim, directed by TJ Gnanavel, stars Tamil superstar Suriya Sivakumar in a role which is a tribute to Justice K Chandru. Jai Bhim is getting tremendous love from different parts of the country. It has now become the highest-rated movie on IMDb. The movie revolves around a real-life legal battle that Justice Chandru fought in 1993. It drives your attention towards crucial issues like custodial torture and caste discrimination.

Jai Bhim has now been slapped with a legal notice. 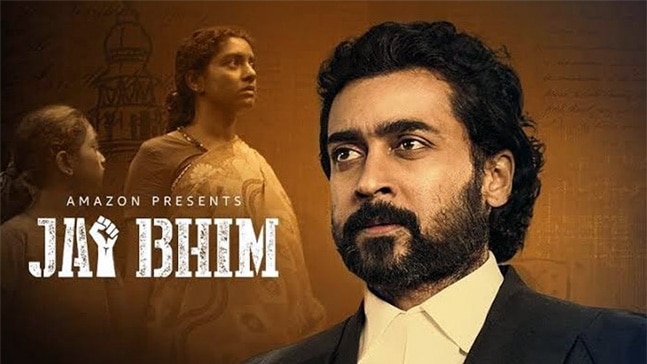 The President of the Vanniyar Sangam has demanded a public apology and Rs 5 crore to cover the damages. After the legal notice was issued, actor Suriya received several threats. Suriya’s residence has now been given armed police protection due to the ongoing row.

REAL ISSUES: The ones offended are right. Jai Bhim should worry them, and the society as a whole, but for reasons different from what the notice says.

1. CASTE DISCRIMINATION: For centuries now, India has been fighting against caste discrimination. Jai Bhim also focuses on this social issue, one that still exists; yes, even in 2021. In the very first scene of the movie, you can see a police officer segregating suspects based on their caste.

2. PLIGHT OF THE TRIBAL COMMUNITIES: Jai Bhim throws light on the lives of the Irular tribe, which struggles for basic facilities. The film has been lauded for its stark portrayal of this hunter-gatherer, rat-catcher tribe, and the hardships they face on a day-to-day basis.

3. FIGHT FOR A CERTIFICATE

In one of the scenes from the movie, Rajakannu’s family struggles to get a Scheduled Tribe certificate from the government officials. Low literacy rate is also a concern, it renders them helpless in exercising their fundamental right such as getting an ST certificate.

Extreme torture and inhuman treatment at the police station led to the custodial death of Rajakannu. Jai Bhim excellently focuses on this often-swept-under-the-carpet issue. What is worse is that custodial torture continues till date, with shockingly low conviction rates.

It took 13 years for Rajakannu’s wife, aided by Justice K Chandru, to prove in court that her husband was killed in custody. To conclude, in India, a false robbery case takes 13 years to reach a verdict while innocents suffer.

In between the many headlines you might be reading these days on Jai Bhim, it is crucial to focus on the actual issues the film highlights in the best way possible. The Vanniyar Sangam’s legal notice and other alleged remarks against the film are distracting everyone from real issues that Jai Bhim tries hard to portray.

#Jai bhim real story, #Jai bhim controversy, #Suriya, #Jaibhim
The views and opinions expressed in this article are those of the authors and do not necessarily reflect the official policy or position of DailyO.in or the India Today Group. The writers are solely responsible for any claims arising out of the contents of this article.