Veerana was the next (after Purana Mandir), and possibly last, Ramsay classic, a well-told tale with all the ingredients familiar to followers of their cinema.

Unlike many of their earlier films, Veerana is quite slickly made, the fact that it’s the late '80s shows in the smoothness of the script, the quality of the acting, the "sets", the songs and their picturisation, and, most of all, in their choice of the female, and overall, lead: Jasmin.

Jasmin was unlike any other Ramsay leading lady. Aarti Gupta might be my favourite, and that of many others, but Jasmin was a sensation. She was perfect for the part: unusually light-skinned, with expressionless eyes, both a face and a figure that were excellent for a possessed girl who walks around aimlessly (not quite) in the dead of night, and she did romance well.

There’s an interesting story – perhaps untrue, but widely accepted in the industry – that Jasmin, who had done Sarkari Mehmaan (ND Kothari, 1979) and Divorce (Kothari, 1984) before Veerana, became so popular after the Ramsay blockbuster that she attracted the attention of the underworld. It began with her getting calls and then got worse, and the police in Bombay, apparently, didn’t pay much attention to her complaints.

Soon after, she left India, married an American – or a man in America – and never came back home. This, whether you believe it or not, is the accepted story about Jasmin. Even the Ramsays, who speak of her so affectionately, don’t know, or won’t tell, what happened to their star girl. 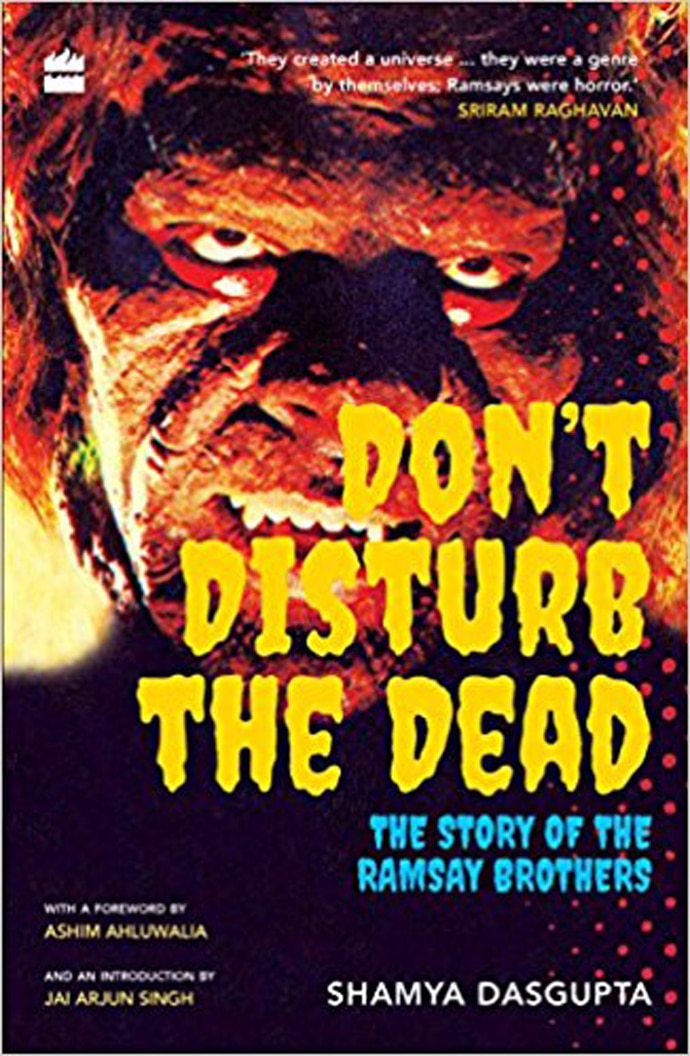 In Veerana, she is wonderful, as are the other leads: Rajesh Vivek as the shaitaan-worshipping Baba in the sort of role he owned over the years, Kulbhushan Kharbanda as the helpless patriarch, Hemant Birje as the muscular hero, Vijayendra Ghatge as the powerful and smart younger Thakur – Kharbanda’s brother – who is taken away by the bad guys early on in the film and is presumed dead only to return later on, and Gulshan Grover as Raghu, the Thakur’s handyman and a Peeping Tom, are the best of the lot.

And, well, while Satish Shah’s Hitchcock is given too much time and the humour is too loud to work for so long, he isn’t too bad. He never is, is he? Add to that decent Lahiri music and smarter camerawork from Gangu than before, and there’s little wonder that Veerana did so well. Of course, Birje was still riding the high of Tarzan (B Subhash, 1985) and would have brought in his fans to the theatres as well.

In the film, a witch, Nakita, appears to male travellers in a secluded forest as a beautiful young woman, takes them to her haveli, seduces them and then kills them. She needs to remove a bat-shaped locket strung around her neck to change from beauty to beast. Murders take place and Thakur Mahendra Pratap and his brother Sameer decide to investigate. Once they hear enough accounts to believe the fantastic tale, Sameer decides to handle the matter himself and, armed with an "Om", he goes off to find Nakita.

He does, they go to the haveli, they get into a bubble bath, but before Nakita can take off her locket, Sameer does, and warding her off with the "Om", brings her to the villagers, who hang her to death from a stake. But Baba steals her body at night and, over time, manages to "kill" Sameer and kidnap Thakur’s younger daughter, called Jasmine*. 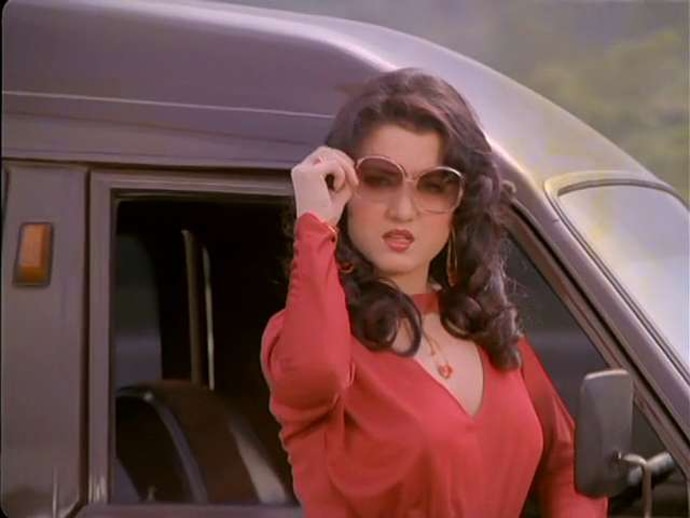 A psychiatrist figures out the issue with Jasmine, and it’s finally clear to everyone that she is possessed. PC: Screengrab/YouTube

Then, with the help of a voodoo doll and chanting of incantations, transmits Nakita’s soul into Jasmine’s. (There’s even a touch of Harry Potter and the Goblet of Fire here, with "flesh of the servant willingly given" helping Nakita/Jasmine get up and about.)

There is carnage after that as Jasmine, starting as a young girl and then an adult, goes for the kill.

At some stage, Birje, as Hemant, enters the scene and becomes close to the Thakur family, saving various women from unimaginably gory possibilities and, generally, becoming a saviour for everyone.

Murders continue. A psychiatrist figures out the issue with Jasmine, and it’s finally clear to everyone that she is possessed. That’s why she roams around at night and vanishes for long stretches despite being perfectly normal otherwise.

The psychiatrist, of course, is killed too, as is Raghu (Grover). In yet another twist, Sameer is discovered alive in the cave of the shaitaan-worshippers and, between Birje and Shah, he is rescued. She needs to remove a bat-shaped locket strung around her neck to change from beauty to beast. PC: Screengrab/YouTube

Now Baba’s plot is clear to everyone. But he manages to kidnap Jasmine, hoping to kill her on an amavasya night in a bid to give Nakita a rebirth. Foiled. The witch, locked in a sarcophagus, is taken to a Shiva temple and is, finally, destroyed for good.

"It was a good film, an entertaining film, a very good script," offers Gangu. "It was easy to shoot too, because the actors were experienced, they knew their work, and we had all our usual locations, and it was perfect."

It wasn’t perfect for Birje, though. Reports I stumbled upon say that he blamed this Ramsay association for the downward slide of his career. One way or the other, Veerana was one of Birje’s few successful films. And Jasmin’s only hit. And the Ramsays’ last really big film, though they did make a few more successful films.

(Excerpted with permission from HarperCollins India.)

*The lead actress' name in real life is Jasmin.