Johnny Depp has revealed new information during his and Amber Heard's defamation trial. Here are 8 that are most shocking.

The Johnny Depp-Amber Heard defamation trial continues to bring shocking information about their relationship to public light. The trial is currently underway in Virginia, US, and is expected to go on for the next 3 weeks.

Marriage therapist Dr Laurel Anderson acted as witness, and claimed that both Depp and Heard were mutually abusive. SO, WHAT HAS BEEN REVEALED NOW? Johnny Depp took the stand on April 19. Here is what happened:

1. On April 20, Johnny revealed that Amber once took a lit cigarette and "stomped it out on my face. This was after the finger had gone away." The 'finger' refers to his severed finger in the March 2015 incident. He also said, "She stubbed it out in my face, on my cheek."

2. Amber Heard's lawyer J Ben Rottenborn, asked Johnny during his testimony, "If Disney came to you with US $300 million and a million alpacas, nothing on this Earth would get you to go back and work with Disney on a Pirates of the Caribbean film, correct?" 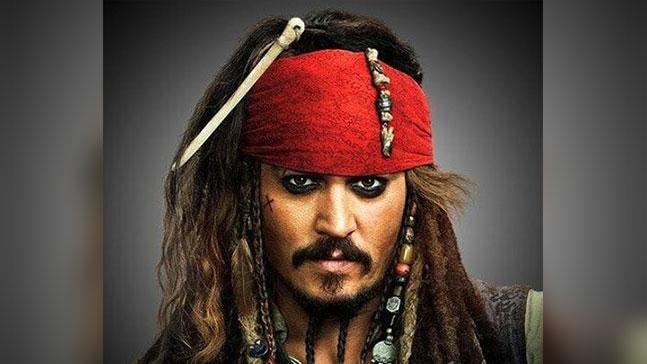 Talking about his dismissal from the Pirates of the Caribbean series, which he had led as Captain Jack Sparrow for 15 years, Johnny said he would never return to Disney even if he received US $300 million and a million alpacas from the company.

3. Dr Kipper had testified about Johnny and Amber's trip to the Bahamas in August 2014 for a detox from the opiates Johnny had been taking after dental surgery.

When Johnny was questioned about the trip, the actor broke down and said, "That was the lowest I'd ever felt as a human being. Tears streaming down my face, begging another human being, ‘Please, please give me the meds that will take this away.' And she would not."

Here's a glimpse of the questions Johnny is facing during his testimony from Amber Heard's lawyer:

4. Johnny also revealed that he did not see Amber between April 22 and May 21 in 2016. Why? Because he had "received some news that was as absurd and grotesque and cruel, and then I was shown a picture of what the problem was."

Johnny said during his testimony that he was shown a photo of "our bed and on my side of the bed was human faecal matter, so I understood why it wasn’t a good time to go down there."

He added that his foremost response was to laugh at the situation and added, "It was so outside, it was so bizarre and so grotesque that I could only laugh." 5. Amber's lawyers focused on text messages Johnny had sent to Disney and The Tourist co-star, Paul Bettany, where he expressed a desire to kill and defile Amber. After saying he wanted to burn Amber, Johnny wrote, "Let’s drown her before we burn her!!! I will f*** her burnt corpse afterwards to make sure she’s dead."

Johnny apologised to the jury and judge for the 'vulgar' language he used in the texts and said, "in the heat of the pain I was feeling, I went to dark places". He went on to explain that sometimes he used dark humour to express himself.

6. The actor also clarified why his daughter, Lily Rose-Depp did not attend his wedding with Amber. Johnny explained in court, "My daughter Lily-Rose did not come to the wedding. She and Ms Heard were not on particularly great terms, for several reasons." Depp also told the court that Heard and her 'gang' of friends consumed MDMA, a recreational drug, at their wedding reception.

7. Talking about the effort he made to make his relationship work with Amber, Johnny told the jury that he had two letters from his 'Winona Forever' tattoo removed. In the 90s, when Johnny and popular actress, Winona Ryder were dating, Johnny had a 'Winona Forever' tattoo made on his arm which he changed to 'Wino Forever' after they broke up.

Johnny testified, "I took off the last two letters. I thought through pain comes humour. Humour has to come in there into the pain and that's how you play it out in the mind."

and this how Depp's Winona tattoo looks like now:

He told the court that Amber hated his Winona tattoo and made him get one of her. "I was doing everything I could to bring a smile to her face as opposed to a frown and then the onslaught of whatever problems she was experiencing," said the actor.

8. Popular drugstore cosmetics brand, Milani found itself in the middle of the ongoing trial when one of Amber's lawyers said that the Heard carried Milani Conceal + Perfect All-in-One Correcting Kit with her throughout her relationship with Depp to hide her bruises.

While holding the Milani Kit, the lawyer said, "This was what she used. She became very adept at it. You’re going to hear the testimony from Amber about how she had to mix the different colours for the different days of the bruises as they developed in the different colouring and how she would use [this] to touch those up to be able to cover those."

But Milani cosmetics immediately clarfied the air by releasing a video on TikTok. The brand wrote on the video, "You asked us… let the record show that our Correcting Kit launched in 2017! Take note: Alleged abuse was around 2014-2016, got divorced 2016, makeup palette release date: December 2017."

Check out the video here:

IT'S MILANI COSMETICS CALLING AMBER HEARD OUT FOR LYING FOR ME!Milani cosmetics confirms the concealer palette Heard claims to have carried in her bag to cover her bruises through her marriage, wasn't released until 2017.#JusticeForJohnnyDepp#DeppvHeard pic.twitter.com/Icbj0i59DU

The brand further wrote in the comments section, "We are here to provide the facts of the case."

Johnny had filed a US $50 million defamation lawsuit against Amber in March 2019 for defaming him in her 2018 Washington Post op-ed. Johnny claims Amber’s Washington Post op-ed damaged his reputation and ended his iconic run as Captain Jack Sparrow in the Pirates of the Caribbean franchise as well as his role in the Fantastic Beasts series.

#Winona ryder tattoo, #Pirates Of The Caribbean, #Milani cosmetics, #Lily rose depp
The views and opinions expressed in this article are those of the authors and do not necessarily reflect the official policy or position of DailyO.in or the India Today Group. The writers are solely responsible for any claims arising out of the contents of this article.