October is not your usual love story

Juhi Chaturvedi is also the writer of critically acclaimed and popular films like Vicky Donor and Piku.

"When you are writing, it is the absolute bare-naked truth. A lot of material is up there for scrutiny. It just can’t go into anyone’s hands,” says Juhi Chaturvedi, writer of critically acclaimed and popular films Vicky Donor and Piku.

Three years later, she comes with October, and like the ones before this one too is directed by Shoojit Sircar. “There is a certain mind space and thought process I have which fortunately and beautifully matches with his,” she said. “The framework of our rights and wrongs is very similar. I don’t have to work extra hard to guess has he understood at all or not? He gets it.”

The mutual respect and admiration stem from an association that dates back to 2003 when Chaturvedi, then a creative director at advertising agency Ogilvy & Mather, started working with Sircar on commercials.

“A lot of my battles are taken care of when I work with them,” said Chaturvedi who is yet to have a credit outside of Rising Sun Films, Sircar and Ronnie Lahiri’s film banner. Unlike the other films, October emerged from Sircar’s brief of making a romance that explores “pure, unconditional and absolute love”. Can it exist in the age of Tinder and Facebook likes? 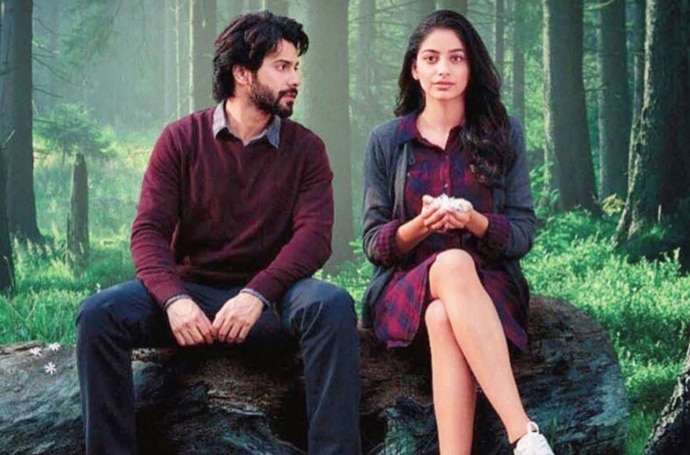 Chaturvedi, who has an affinity for the mature love stories prevalent in Satyajit Ray’s films like Nayak, Mahanagar and Seemabaddha, took over a year to develop the story which took shape only after she got the name of the leading lady — Shuili (played by the Wales-born Indian Banita Sandhu making her debut). Varun Dhawan plays the male protagonist, Dan.

October, she clears, doesn’t conform to the Hallmark and Archies notion of love and neither is it overtly expressive and exuberant as it is in Hindi romcoms. Instead, October emphasises on the “unspoken ways” one expressed matters of heart. Chaturvedi cited how her father cooked when her mother was unwell (“There have been many weeks when we have had puri and chips) and recalled the now obsolete era of writing letters. “October doesn’t fit the idea of status updates, here-today-gone-tomorrow love, meet with flowers and teddy bear,” she said. “In October, there is a tenderness to it.”

Chaturvedi sat in on edits, picking the good takes, and was also on the sets. “The way I work is I put myself out there completely to that person (director),” she said. “I don’t know how many directors would allow me that access.” Soon Chaturvedi is reading out a list of the perks she has to offer if filmmakers hire her. “You get a script supervisor, you get right takes, you get poster designer for free,” she says. “I’m what you say, ‘Sarv gunn sampann’.” Hopefully, Mira Nair, who is on Chaturvedi’s wishlist, is listening.

Post your comment
#Love story, #Love story, #October, #Piku
The views and opinions expressed in this article are those of the authors and do not necessarily reflect the official policy or position of DailyO.in or the India Today Group. The writers are solely responsible for any claims arising out of the contents of this article.