In a defining scene in Rajinikanth’s latest release Kaala, the super-powerful and thoroughly corrupt politician, played by Nana Patekar in pristine white wardrobe, sits with his granddaughter. “Did Ram really kill Raavan?” asks the child. "Valmiki wrote it, so he must have," quips the grandfather, before sniggering conspiratorially.

Rajini’s new film makes no pretence about his political agenda at a time when the superstar is all set to join active politics. In a film that sets out to reverse the colour code of "filmi" good and bad (here, black stands for good and white denotes evil), Rajini reserves a blunt sucker punch for the colour saffron. 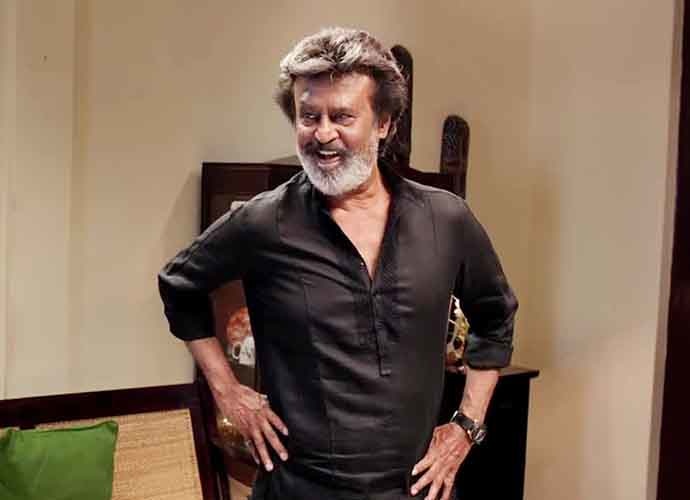 Patekar as the villain-politician stares down from saffron-hued posters all over Mumbai city. He talks of “Pure Mumbai” and “Digital Dharavi”. Allusions in the film made to Ram and Raavan challenge traditional notions about the Ramayana. A shop in Kaala’s home turf Dharavi can be clearly seen flaunting the signboard: A-1 Beef Shop.

It is evident that Kaala, released as Kaala Karikaalan in Hindi, is meant to launch the superstar’s political manifesto more than peddle his usual brand of larger-than-life entertainment. In the simplest context, Rajini’s assurance as a public servant is delivered through the dialogue of a cop named Shivajirao Gaekwad (incidentally, the actor’s real name): “Main janta ke saath hoon (I am with the people).” Rajini essaying saviour of the downtrodden is, of course, nothing new. In his career of over 40 years, he has played the messiah numerous times, bashing up the baddies to protect the rights of the poor. What sets apart Kaala, coming two years after Kabali, from formulaic Rajini films of the past is the way the film openly pushes his anti-right wing slant.

To deliver Rajini’s political subtext to the larger audience in a simple manner, the script is uncomplicated mainstream stuff. The hero fights for the land of his people in Mumbai’s Dharavi slum against the rich, corrupt and powerful politician, who has spotted plum real estate prospect in the area. The twist in characterisation lies in colour symbolism.

Fashionably, Kaala, hero of the masses, is represented in black (the colour, he says, stands for those who toil honestly). In sync with his name, Kaala wears black and rides a black Jeep. His world is squalid — the dark, dingy bylanes of Dharavi that hardly get much daylight.

In contrast, Nana Patekar’s villain-politician always dazzles in all-white ensemble and rides in a white Range Rover. His statuesque bungalow is almost all white, too.

It is too early to say if Rajini will colour-code his brand of politics off the screen, too. A party flag in black or one with a black-dominant logo could become a USP in a country where the politics of colour plays itself out in sundry hues, from saffron and red to blue and green.

What is clear, going by Kaala, is the fact that Rajini is certainly not inclined towards the colour saffron right now.