Why this documentary on Kolkata showcasing Naxalism has offended the CBFC

Award-winning filmmaker Anirban Datta’s documentary on Kolkata, Kalikshetra (The land of Kali), is facing the clanking scissors of the Central Board of Film Certification.

According to various news reports, the CBFC has asked for several cuts, including references to the the "Naxalite movement and the subsequent government crackdown".

According to the director, the film explores more than thousand years of "local history" of what we today know as Kolkata. In this huge canvas of history, what has become controversial and sensitive for the CBFC is mainly two episodes: 1946 Direct Action Day riots and the period of the Naxalite movement (1970s). In Kolkata's long socio-psychological memory, these two incidents are pivotal and seem to form the entire narrative. 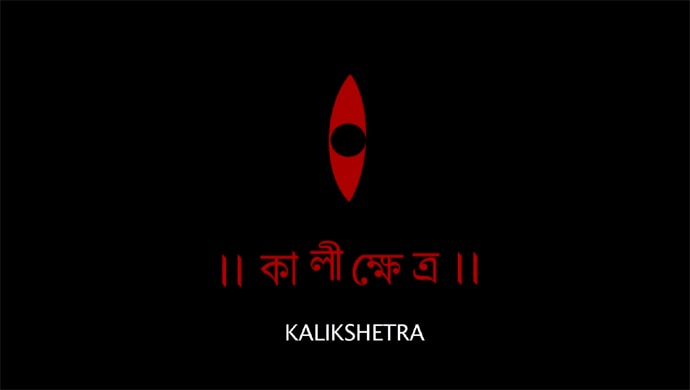 This reminds me of a story about Ibn Sina, the great Persian medieval doctor. He once had to "cure" a lovesick patient who however refused to divulge his love interest. Ibn Sina uttered the name of all the clues and incidents, chronologically and also thematically, and measured the patient's pulse beats. It is only when he took the name of the beloved's village that the pulse shot up, and Ibn Sina uncovered the source of the love-sickness.

It looks like Naxalism is the "beloved’s village" in Kolkata's memory, silently structuring the telling and retelling of the city’s story. Kolkata is always internally, psychically, seized by its Naxalite days even when it is never mentioned. No wonder then that this other 2012 movie on Kolkata Bhooter Bhabishyat, grappling with past memories, has a Naxalite as the key narrator. Now the past gets re-inscribed into a perpetual present: raucous ghosts from the past inhabit and disturb the present. In the movie, the ghosts of Kolkata are angry and in a crisis as real estate builder Bhuturia tears down old mansions and havelis, the favourite dwelling place of these restless ghosts. The resistance to the builder takes place in the present time, but this is a "present" teeming with diverse social forces from the "past", including the ghosts of the Mughal-era chefs, courtesans, feudal lords, colonial officials.

Further, the ghosts are intransigent - they refuse to compromise with Bhuturia. The displaced ghosts reject all compromise packages and rehabilitation of any sort. They reject the given terms and conditions that constitute the present. They are rebels. No wonder then it is the Naxalite, Biplabda, murdered by the police in 1970, who is the film’s chief narrator weaving together the stories of all the other characters. He is the thread, the witness and the gaze connecting the history of those displaced, maimed or marginalised - from the Battle of Plassey till the present. He is long dead but also a living revolutionary dream from the past and also the one who converses with the present.

If Mumbai is the city "outside of history", of reclamation land, where big capital can always treat it as an empty slate, mill lands can be effortlessly converted into malls, where the past does not come and attack this "present" from the future; Kolkata is just the opposite. Here, the big capital's "future plans" are always under seize and cursed by evil spirits.

So, Bhooter Bhabishyat is a deadly expose of the festering subconscious which the present of Bengal today so actively, so pathetically contrives to conceal and drive away.

Interestingly, Satyajit Ray’s Goopy Gyne Bagha Byne, inspired the film. Goopy and Bagha are the butt of jokes in the village. But, away from the mean village folks, they have a fantastic dream encounter with ghosts where they find the promise of a life of plenty and fulfillment. This secret nexus with such a promised land allows them the last laugh, allows them to break all ties with the miserable "real world" present.

Bengal is like Goopy and Bagha in the village after their dream, after having touched utopia - they do not need to change, and do not need the future. The future they know and want is that utopia they lived through as in a dream. Bengal's 1970s "investment" in the Naxalite utopian fervour, so drastically expanding its horizon of the possible to sublime levels, makes it ineligible for any enjoyment in the ever-banal present. Hope and despair, trauma and bliss, violence and life intersperse here.

Kolkata's "local history" seems to find itself invariably speaking in and through the gaze provided by the Naxalite years. This gaze means a restructuring of chronology into a socially dense and politically charged restructuring.

There cannot be a flat local history, a bland tapestry of memory and incidents for the consumption of the liberal cultural elite. The diversity and multiplicity of local history cannot be chipped off and selectively packaged into "heritage items" - a Dilli-haat is possible in Delhi, but a Kolkata-haat is not possible in Kolkata.

The CBFC clearly should place itself on a learning curve rather than judging and censoring Kalikshetra.

Also read: Why CBFC has refused to okay Malayalam documentary on Emergency