If the India portrayed by Vatsayana was real, then when did it get so conservative?

Well... this is an educated guess. But I have every reason to believe so, given the ancient Indian ascetic’s track record for tolerance. While composing Kamasutra’s section on “unusual sex acts”, a chapter that details almost all conceivable forms of modern-day pornographic acts, Vatsayana dismisses it as worthless, but neverthless includes it saying that there are all sorts of people in this world with different characters and inclinations.

Mining such surprisingly progressive views from a third century book, often regarded as a matter of national shame rather than pride, is one of the focus areas of American academic Wendy Doniger’s new book, The Mare’s Trap: Nature and Culture in the Kamasutra. In envisioning a world of total sexual and social freedom and making it accessible to all those who have money, irrespective of caste or class, Vatsayana was more of a rebel in the league of the Playboy founder Hugh Hefner, than his morally uptight and patriarchal ancestors Manu and Kautilya, the authors of Dharmashastra and Arthashastra, respectively.

Vatsayana’s advocacy of women’s pleasure and freedom, suggesting those who are sexually unhappy in a relationship to walk out, would have appalled Manu who wanted a “virtuous wife” to constantly serve her husband like a god.

Perhaps, had it not been for Richard Burton’s flawed 19th century translation of Kamasutra, which according to Doniger, remains popular and precious in Europe and America like Edward Fitzgerald’s Rubaiyat, Vatsayana could have been lucky enough to be named after a female anatomy. Because Vatsayana, Doniger insists, knew about G-spot, the female pleasure point named after the 20th century German gynaecologist Ernst Graefenberg, and blames Burton’s faulty translation for keeping it a secret from the Western world. A V-spot would have been a befitting tribute to a man who believed that women have a far higher libido than men. Vatsayana’s interest in women, however, goes beyond erogenous zones. In fact, he takes female promiscuity for granted and asks men to be alert to find out if women are attracted to them by scanning for flirt signals and paying close attention to involuntary gestures and facial expressions and if that doesn’t work, by resorting to cunning psychological approaches like a pickup artist (Neil Strauss take note) to seduce those who are immune to seduction. He also lists a number of pick-up points such as temples, weddings and, rather strangely, in the vicinity of a house on fire, to hook-up women.

If the India portrayed in Kamasutra was real, then when did it get so conservative? Doniger rejects as “jaded” VS Naipaul’s view that Mughal invasion ravaged and destroyed this liberal world. She is right. Though it may seem hard to believe now, Islam, unlike Christianity, is not an anti-sex religion. In fact, Islam’s traditional attitude towards sex, elevating it to the sacred, may even appear similar to the ancient Indian philosophy.

The blame for this modern scorn for sexuality among both Hindus and Muslims, to a great extent, lies with the Christian colonial powers. Ironically, by resorting to extreme measures in the name of corrupting Western influences we are actually aping our colonial masters more than our tolerant ancestors. 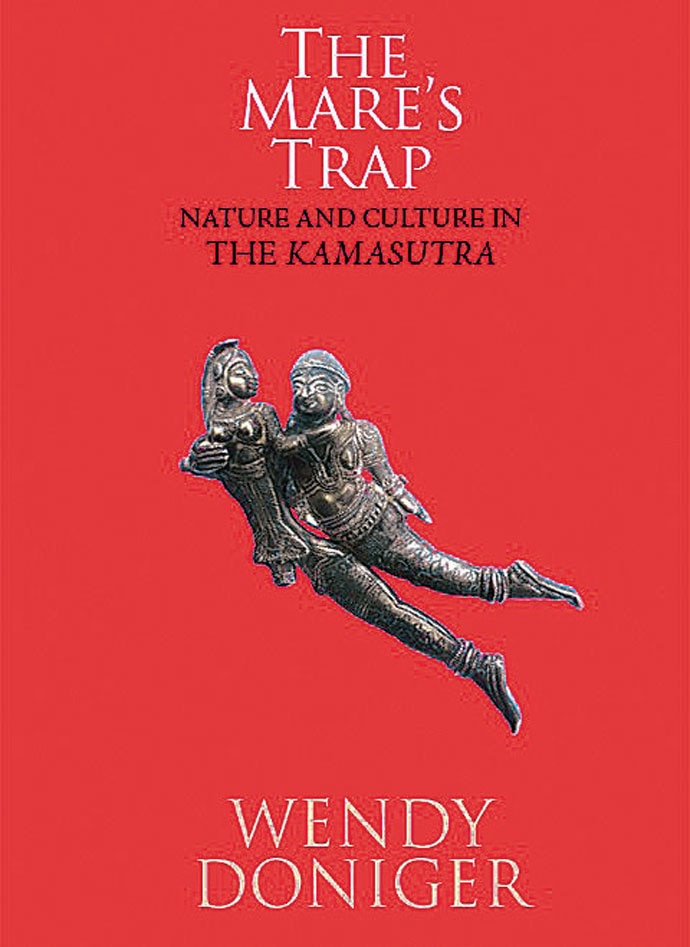 The Mare’s Trap: Nature and Culture in the Kamasutra; by Wendy Doniger; Speaking Tiger; Rs 399.