Why Kashmir needs its cinema halls back

It might seem an outlandish notion, given the gloom in the Valley. But that sense of despair is exactly why Kashmir needs those cinema houses of joy back.

The world around us comprises a galaxy of all the forms of art — cinema being the most complex and powerful of these. It leads us into a better state of understanding of our lives and that of the people around us, besides seeing the current trends of our societies and culture. Besides shedding light on political and spiritual matters, cinema equips one with both perspective and catharsis, opening one’s eyes to novel ways of thinking, feeling and pursuing lives. 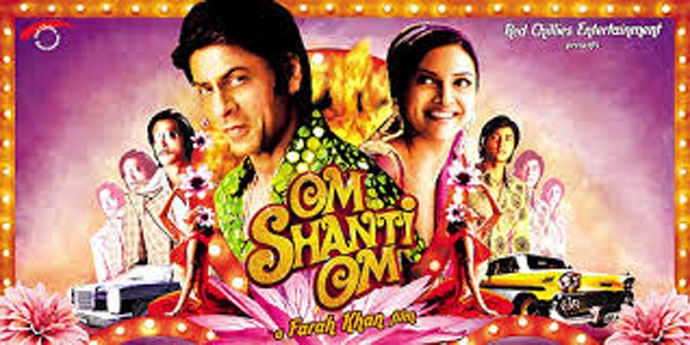 Cinema has always been the mirror to our reality and dreams. (Photo: YouTube screengrab)

It is a globally known fact that India has a rich tradition of the art of cinema having shaped and moulded people’s lives, emotions and sensitivities through various frames and narratives. In the current era of globalisation, cultural exchanges are happening at the speed of light — technology, cultural phenomena, ethical views are changing in a second, rather than days, months, years or decades.

In this, cinema has evolved to be that impeccable blend of technology, business, entertainment and aesthetics that can lift the mood, even change a mindset. Cinema, popular or parallel, by definition is an audio-visual art of storytelling, with rich and programmed inputs of music, screenplay, cast and script, mirroring the society in which it thrives and functions.

Kashmir and its cinemas

Frozen three decades ago in their existence, cinemas in Kashmir merit our attention now. Anyone having grown up in the pre–1989 era in Kashmir would jump at the joy of narrating his/her share of experiences of when cinema halls in Kashmir ran to packed houses every weekend.

“I vividly remember having seen the popular Amitabh-starrer Mard twice and back to back with two of my uncles in Shiraz Cinema,” an observer tells me. It’s been 29 years since those cinema halls were shut, but only a biological end would diminish those vivid, colourful and lively memories of the time spent in these theatres.

This cinema hall was once a site of joy. (Photo: Twitter)

In the 1980s, 15 cinema halls functioned in the entire Valley, of which nine functioned in Srinagar, like Broadway, Regal, Neelam and Palladium. The entire gamut of these cinema halls faced sudden closure post-the summer of 1989, under the threat of armed insurgency after a militant outfit, named ‘Allah Tiger’, led by its chief Air Marshall Noor Khan, announced a ban on cinemas and bars in the Valley.

Considering both un-Islamic, Khan took it on himself to rid Kashmir of them.

Young militants of the now–defunct Allah Tigers would roam around Srinagar, ordering hotels to stop serving drinks and forcing liquor shops to shut down. On August 18, 1989, Allah Tigers issued a handout to a local daily, asking cinema owners and liquor shop owners to shut down their businesses.  Although initially, people took it lightly, the scheme of things took such a sinister turn that all cinema halls were shut down by December 31, 1989.

Of all the cinema halls in Srinagar, Palladium was known for screening English flicks. However, in 1993, three years after it faced closure alongside other cinema halls, the popular destination was burnt down and destroyed completely. Some of them as of today have been converted into hospitals or shopping malls, while some are just locked down as the buildings are damaged beyond repair to be used for any other purpose.

In 1999, three cinema halls — Regal, Neelam and Broadway — were reopened.  But Regal was attacked by terrorists with grenades, killing one cine-goer and injuring 12 others, while the Sunny Deol and Mahima Chaudhary starrer Pyar Koi Khel Nahi was being screened there. September 2005 saw Neelam — then the only functional movie theatre in Srinagar — hosting a face-off between security forces and suicide attackers, in which one militant was killed. Around 70 cine goers were inside the theatre at that point of time, watching the Aamir Khan-starrer Mangal Pandey.

Although the previous Mehbooba Mufti-led government was in favour of reopening cinemas, Hurriyat opposed the move, arguing that cinemas can’t be opened as a sign of normalcy; this is no right time to open them. The Hurriyat opposes the re-opening of cinema halls in Kashmir. (Photo: PTI/file)

Of late though, there have been voices emerging to boost cinema in the Valley and create an environment that is conducive to the opening of cinema halls.

“Today, our children who are 20-30 years old have not seen any films in the city. We have denied them this privilege,” former Public Works Minister Nayeem Akhtar told scribes on the sidelines of a film festival at Tagore Hall, Srinagar, in November 2017. He further added that he failed to understand why the people of Kashmir could feel negative about cinema halls, despite the existence of cinema across the globe. “There are cinemas across the world. Even Pakistan has them — Saudi Arabia is opening theatres in Riyadh. I don’t know why people feel so negative about cinemas here?” Akhtar wondered. While further referring to television, he said, “Television in itself a form of cinema. Your mobile phone in your pocket is also a cinema — I don’t know why we are being barred from going into cinema halls,” adding, “Our government would definitely take steps towards restoration of cinema halls in Kashmir.

But unless and until people across various section of the society join hands, it won’t happen. For how long would we keep our children devoid of genuine entertainment?”, he asked. However, the demise of movie-going culture in Kashmir — which once served as the setting for numerous Bollywood flicks and entertaining songs — has not deterred the Kashmiri people’s love for cinema. They turned to television sets and video cassette recorders. Sales of TV sets, VCRs and video cassettes picked up. Later, video CDs and DVDs became popular.

For Kashmiris who have never watched a film in a cinema hall, the small screens of their computers, laptops and TV sets assumed the role of their window to the world of moving images.

The fascination of Bollywood with the natural beauty of the Kashmir Valley is not new. It has invariably been the choice right since the 1960s, offering a picture-perfect locale, where each inch of the land exuded spellbinding natural beauty. Kashmir, with its breathtaking beauty, was once the star destination for Bollywood. (Photo: YouTube screengrab)

Things changed since, given the political turmoil faced by the state, and Bollywood turned its gaze towards the Alps of Switzerland and New Zealand to compensate for the magnificent beauty of the Kashmir Valley.

However, with some decline in terrorism, Bollywood returned to Kashmir in 2010, with films like Rockstar, Yeh Jawani Hai Deewani and Jab Tak Hai Jaan, a good part of them being shot in the locales of Kashmir Valley. The Eid offering from Salman Khan in 2015, Bajrangi Bhaijan, was also extensively shot in the picturesque locales of the Kashmir Valley. The psychological effect of movie-watching merits a strong mention here.

An increasing number of therapists in the current era of evidence-based practice prescribe movies to help their patients explore their psyches and while a few therapists have actually packaged their practices around cinema therapy, movies — like art books, and music — are becoming one more tool to help those in therapy achieve their goals and overcome their internal hurdles.

Books with such titles as Rent Two Films, Let’s Talk In The Morning and Cinematherapy for Lovers: The Girl's Guide to Finding True Love One Movie at a Time, are finding their own niche in the self-help sections of many book stores.

According to Gary Solomon, PhD, MPH, MSW, author of The Motion Picture Prescription and Reel Therapy, cinema therapy is the process of using movies made for the big screen or television for therapeutic purposes. The fact that, as he says, “it can have a positive effect on most people except those suffering from psychotic disorders” is crucial. Solomon has in fact been lecturing across prisons to help inmates learn to use movies as a means of therapy in their current predicament and, hopefully, to learn from it.

One would just hope and pray now that more and more saner influencing voices from the government and civil society in Kashmir emerge and rise to the occasion too — in order to make sustained and sincere efforts to restore this genuine and “accessible for all economies” form of entertainment.

This is required, so that the horizons of our younger generations get greater space to widen their sense of existence and their ideas are lent rich colours, to enable them to imagine and carve a niche for themselves in various walks of life.

Here’s pinning a flag of hope for that day when one doesn’t have to undertake a tiresome journey of 300 kilometres all the way through treacherous hilly terrain to the state’s winter capital Jammu, to see our favourite cine stars bringing alive human dreams and emotions on the silver screen. Let’s revive those old structures of Kashmir now, lying quiet as graves in a state of mourning currently — let’s give them their lost pristine glory, to enable art to thrive, and to add some colours to the lives, and the psyches, of the next generation in the Valley.

Before the gloom grows even darker.

#Bollywood, #Militancy, #Cinema halls, #Kashmir
The views and opinions expressed in this article are those of the authors and do not necessarily reflect the official policy or position of DailyO.in or the India Today Group. The writers are solely responsible for any claims arising out of the contents of this article.

A medico with the paramilitary force. Hailing from Srinagar, I have always been a keen observer of men, matters and national and regional politics of Kashmir. An old-time advocate of unambiguous political discourse for better governance.