If you ban the pheran, you're banning Kashmir itself

It is said that when Sonia Gandhi was once gifted a pheran in New Delhi, she responded with a smile, “I have a wardrobe full of them.”

For a brief time recently, the fundamental right to wear clothing of one's choice was no more valid in Kashmir — at least, with regard to the iconic pheran. The pheran is emblematic of Kashmir itself. (Photo: Reuters)

The Jammu and Kashmir government had turned averse to Kashmir’s traditional cloak, worn by both women and men to combat the harsh Himalayan winters, if not necessarily as a style statement too. The government, headed by Governor SP Malik, had for a while banned the pheran at some of its offices, causing a stir in the already trouble-torn region. Later, the order was withdrawn.

Social media was abuzz though. Kashmir’s who’s who, including politicians like Omar Abdullah, weren't silent. Most were openly venting their feelings in support of Kashmir's attire of pride.

My father & I have worn pherans to official functions many times over the years & will continue to do so, silly government orders not withstanding. #dontbanourpheran #revokepheranban. pic.twitter.com/nEsjpMd4XB

The Directorate of School Education, Kashmir, initially banned the pheran at its zonal offices in the Valley. “All the officials visiting this office are advised to visit with proper dress code during any official visit. It is recommended that no official will visit this office wearing ‘Feran’, traditional trousers and sleeper/Plastic shoes (sic),” read the order issued by the Zonal Education Officer Langate, in north Kashmir.

As per the Srinagar-based English daily, Rising Kashmir, the development came in the backdrop of a similar ban on the cloak in Srinagar’s Civil Secretariat where visitors would have to relinquish the cloak at the main gate. At the secretariat, the police had put pherans on the 'barred items' category.

But this was not the first time that this traditional robe found itself at the heart of such a controversy.

In the last thirty-odd years of armed conflict in the region, the pheran has often been looked on with suspicion. This owes presumably to its loose fitting, which affords the wearer an opportunity to carry a kangri or traditional fire-pot inside.

From a 'security' point of view, common sense suggests — if a pheran can carry a fire-pot, it can also hide firearms.

In 2014, the Army had asked Kashmiri journalists to refrain from wearing the pheran at events held by the Srinagar-based Army 15 Corps. Following an outcry from the media fraternity, the Army subsequently revoked the orders, terming the guidelines as 'inadvertent'.

In the 1990s, when militancy was at its peak, similar orders, though verbal ones, were often put in place against the cloak.

An official ban only came now.

It was withdrawn against the furore that followed but logically, there could have been two possible reasons behind the controversial ban in the first place.

One, to those who disapprove of it, the pheran apparently looks 'awkward' — much like how Haryana’s khap panchayats once found western attire like jeans and skirts 'indecent' and 'demeaning' for Indian women to wear.

Two, an excuse in the grab of 'security reasons' — well, there have been incidents when international airports across the world, including ones in the US, have been accused of harassing passengers, especially women, whose undergarments even were allegedly frisked in the name of security threats.

But then, despite terror threats of the highest order, no country ever banned any underwear, for instance.

So why would we want to ban the pheran?

For that matter, even former US First Lady Hillary Clinton wore a pheran in India, when she was gifted one by a Kashmiri businessman in New Delhi. Hillary Clinton found the pheran to be a graceful outfit. (Photo: FreePressKashmir)

The pheran is not alone in being so distinctive. In a country known for its diversity, richness of traditional attires is fairly vast. It varies from the iconic dhoti-kurta and ghagra-choli to shalwar-kameez and pagdis. Like the pheran, each of these attires is rooted in the cultural identity of that place. 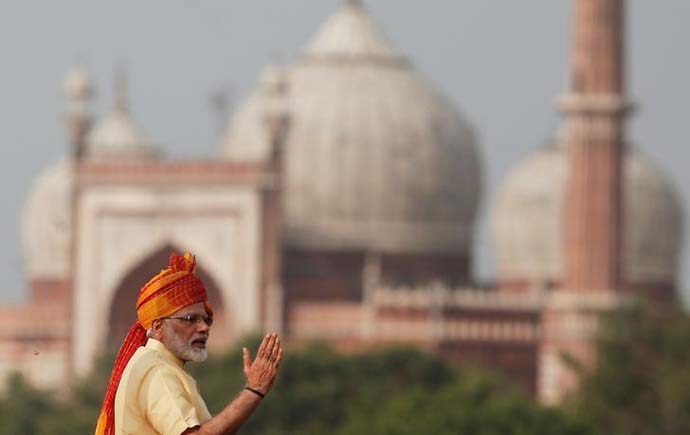 PM Modi is known to like Rajasthani Pagdis which are rooted to a place and culture. (Photo: Reuters)

So, creating an irrational fear about one particular attire only makes the intentions behind doing so seem doubtful — they make people question the very idea of unity in diversity.

From Prime Ministers Indira Gandhi and Rajiv Gandhi to Atal Bihari Vajpayee and Narendra Modi, there has hardly been any top dignitary who visited Kashmir without flaunting the pheran.

It is said that when Sonia Gandhi was once gifted a pheran in New Delhi, she responded with a smile, “I have a wardrobe full of them.” Sonia Gandhi has a wardrobe full of them. (Photo: Reuters)

A trend-setter of fashion in India, Bollywood also contributed in making the pheran iconic. Be it the era of Shammi Kapoor’s Kashmir Ki Kali or Rockstar starring his grand-nephew Ranbir Kapoor, or be it Salman Khan’s Bajrangi Bhaijan, none of these blockbusters gave a miss to the pheran for shootings held in the Valley. 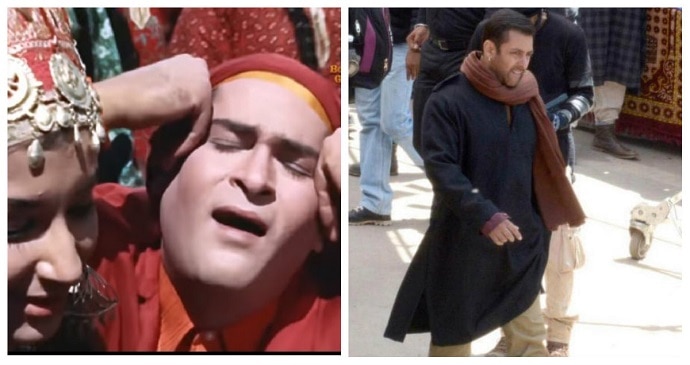 The pheran has starred alongside many a superstar! (Photo: YouTube screenshot)

The pheran has been an integral part of Kashmiri culture for the past seven centuries. It is believed that the pheran was brought to the Valley from Central Asia where it was used as a cloak, bearing the Persian name 'Pairahan'.

Any ban on the pheran thus would be no less than a ban on Kashmir’s cultural identity.

Also Read: The 'independence' debit card at the ‘Bank of Kashmir’