Who is Kate Bush and why can't I stop listening to the new Stranger Things song?

The penultimate season of Netflix’s supernatural, sci-fi epic Stranger Things just dropped and one of the many reasons the series has mesmerised its fans from around the world has been its ability to tap into quintessential 80s culture and make the most of the nostalgia surrounding it.

The series, created by the Duffer Brothers, first gained traction for its ability to recreate decadal distinctions - be it the myriad references to iconic 80s cinema, the uncanny hairstyles (that most certainly wouldn’t fly today), or even the sound of the 80s itself: with its retro, synth-heavy aural landscapes. Over the span of its four seasons, the Netflix original has incorporated a variety of different 80s rock and dance-pop numbers, the likes of which have included Joy Division, Cyndi Lauper and Peter Gabriel. However, owing to the series’ success and wide-ranging popularity, a few of these tracks have seen a resurgence of sorts and have shot up the Billboard charts once more.

The most recent of these examples is English singer and songwriter, Kate Bush’s Running Up That Hill (A Deal With God) which is currently enjoying the view from the top of Billboard charts for the first time in nearly 40 years. The song, having featured in the latest season, has also skyrocketed to the Top 200 streaming charts on Spotify (of which I have admittedly made up a considerable chunk) and finds unlikely companionship alongside Harry Styles, Bad Bunny and Kendrick Lamar.

The song was Bush’s first single from her album 1985 Hounds of Love and soon peaking at UK charts at Number 3. It was originally titled Deal With God, but fearing backlash for its religious connotations, the record label prompted her to change the title. It was only with the album release that the song was listed as Running Up That Hill (A Deal With God), fulfilling Bush’s original wishes.

According to Bush, the song has been through a series of misinterpretations in its long history of associations with young love and adolescent frustrations. In an interview with BBC Radio 1 in 1992, she elaborates that she wrote the song to provoke better understanding between men and women in relationships. “If only I could, I’d make a deal with God and make him swap our places” goes the chorus, which Bush explains would make things easier, if men and women could experience things from the other’s perspective, swapping places.

Within the context of the series, we first hear the song playing diegetically through a character, Max’s Walkman. While Max has socially withdrawn from everyone in the time following her brother Billy’s gruesome death, Kate Bush has been a seemingly integral part to her process of recuperation from the trauma (naturally of course). The song has overarching significance for Max’s character arc for the rest of the season. Following the revelation that music has the ability to break one out of a deadly trance cast by Vecna, this season’s terrifying antagonist, it is inadvertently Bush’s warm, weighty timbre that snaps Max back to reality on the verge of death. In an intense, climactic sequence to the episode, Max escapes the clutches of Vecna and races for a way out of the nightmarish lair, as if paying heed to the song title.

On not quite as much of a literal level however, the chorus of the song is a reflection of the pain Max has been burdened with since Billy’s death, somewhere deep down wishing that she could swap places with him. Bush’s earlier intention behind the lyrics also ring sonorous as Max finally comes to terms with the difficult relationship she shared with Billy, wondering if things would’ve been better if only they could see things in the other’s shoes. 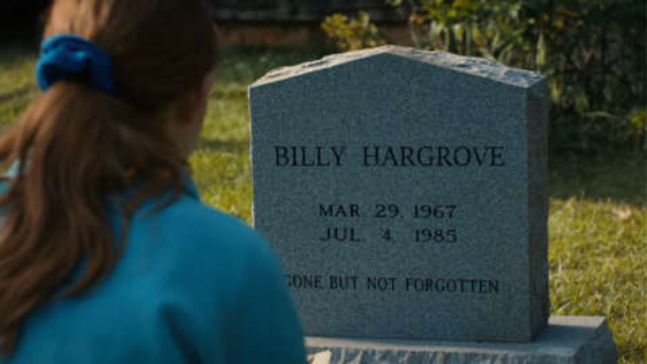 The implications of the song, complemented with Sadie Sink’s incredible performance, is exhilarating, heartfelt and brings a much-needed layer of emotional depth to Max’s character - a stroke of genius on the part of the series’ music supervisor Nora Felder. The impact of which is now felt worldwide with the track now trending in memes, reels and tweets as well, begging the question: What would be your ‘that’ song if Vecna were to come hunting?

Where The Clash’s Should I Stay Or Should I Go and Limahl’s Never Ending Story rose to internet fame in the wake of earlier seasons' releases, Stranger Things 4’s Running Up That Hill has followed suit and serves as a worthy successor to the series’ history of making people fall in love with the 80s all over again.