Enjoy it or ignore it, but don’t waste your energy in outrage.

Weddings are a time for celebration. And celebrations are not complete without God's blessings. Amid varying rituals pertaining to different regions, songs are common to all Indian weddings.

In north Indian families, wedding songs by Hazrat Amir Khusrau are popular. In our family, songs invoking the blessings of Prophet Muhammad are sung when wedding preparations begin.

One goes thus — "Rasool e paak ka saaya Mubarak ho Mubarak ho (May the shadow of the Holy Prophet be upon the couple as a blessing)"; it talks about wedding festivities and preparations.

Recently, a song sung at the weddings of Mappila Muslims of Kerala, “Manikya Malaraya Poovi” was picturised for Omar Lulu’s upcoming Malayalam film Oru Adaar Love. According to a report in The Indian Express, "Mappila Paattu is a traditional Muslim song genre of north Kerala using the Mappila dialect of Malayalam with a liberal mix of Arabic and occasional Persian, Urdu, Tamil and Hindi words."

The article points out that PMA Jabbar wrote the lyrics for the popular Mappila song. Omar Lulu, the film's director, has only set it to a distinct tune, he hasn't changed the words.

"Manikya Malaraya Poovi" became an internet sensation as soon as it was released. I relied on the explanations given on the internet to understand what the lyrics meant. The music was catchy and the picturisation sweet, spontaneous and youthful. 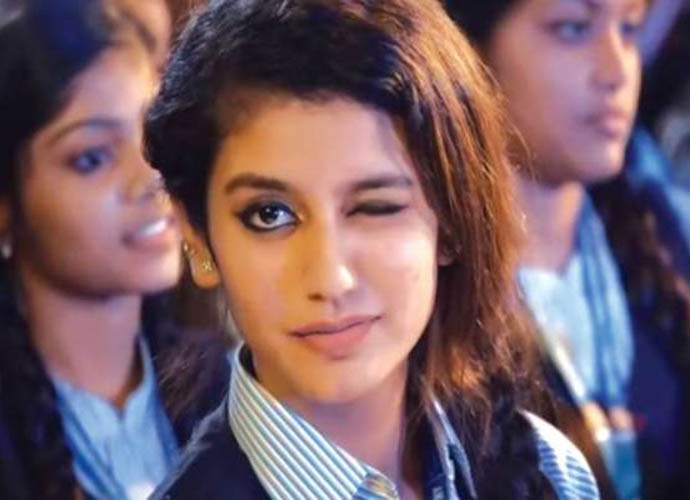 We seriously need to relax and learn to enjoy, not just outrage. A parody handle on Twitter sent out the fake news of a Maulana saying that when he closed his eyes for namaz, he saw Priya Prakash Varrier, the 18-year-old actor who made the number famous with her wink.

Television channels picked it up and ran programmes on it, without verifying whether the news was true.

Let's see what the song is all about:

One translation that's doing the rounds is:

At first, I couldn't really understand what the outrage was all about. Then it seemed that the word “desire” might have irked some. Since I don’t understand Malayalam, I asked someone who speaks the language. I discovered that the palpable intent in the words “She ‘got ready’ to marry him” was the reason behind the outrage.

In any case, there's nothing objectionable in these words. When I discussed it with my daughter Subuhi Safvi, she said, “As for the desire I think it’s important that people understand that women don’t want unrealistic virtues bestowed on them and don’t want to live up to them either. Desire is a human feeling between a husband and a wife.”

It seems the objections are coming from a section of people in Hyderabad and Mumbai; I suspect their knowledge of Malayalam. Even if they understand the words, I doubt they get the nuances of PMA Jabbar's poetry.

Let's revisit one of the greatest love stories and a perfect marriage between a man on whom Allah bestowed Prophethood and his first wife, Khadija, who was also the first to convert to Islam and accept her husband Muhammad as her Prophet.

Khadija-al-Kubrah bint Khuwaylid was in her forties, successfully leading a business empire from Mecca. She had inherited her father's empire at the age of 20 and had expanded it considerably. She used to send trade caravans to Syria and Yemen and in search of a manager. The name of Muhammad, who was a 25-year-old at that time, was suggested to her by his uncle, Abu Talib bin Abdul Muttalib, a successful Meccan merchant.

Muhammad was also known as Al Sadiq (the truthful) and Al Ameen (the trustworthy) for his honesty and integrity. Muhammad had Quraish genes and he had accompanied his uncle on his caravan. The profit from these trade caravans managed by Muhammad was much higher than any previous expedition and Khadija’s servant Maysarah, who had accompanied Muhammad, could not stop praising him.

As a successful woman of impeccable character, Khadija could choose from the many suitors in the Quraish tribe, but she had refused them all. She had married and been widowed twice and was not interested in marrying a third time. But there was something about Muhammad that attracted her. What drew her was his integrity, gravity and wisdom and she sent a proposal to him through her friend Nufaysa bint Umayayh. She felt she had found a worthy partner. Nufaysa approached Muhammad and asked him why he hadn’t married so far. Muhammad responded that he didn't have the means to marry. When he heard that Khadija was interested in marrying him, he was amazed. "How could such a marriage be mine!"

When he was assured that indeed she was keen, he expressed his willingness. Both met and decided to talk to their uncles so that a formal proposal could be sent. The marriage was arranged and solemnised by Muhammad’s uncle Abu Talib and Khadija’s uncle Waraqah bin Nawafil.

Muhammad moved to Khadija's home after their marriage. An orphan, Muhammad had found a haven, a companion who was his mental and spiritual support. They lived in complete marital bliss for 25 years and while she was alive, Muhammad did not marry any other woman, which was extremely unusual for a man of his time.

She comforted him when he thought he had gone crazy after the first revelation of the Quran by Angel Gabriel and was seeing and hearing things. She supported him monetarily and spent her money on propagating Islam. There is nothing in the lyrics of the song or its picturisation — which shows the blooming of young love — that is objectionable.

In no way does it demean the Prophet and Khadija Beevi. In fact, deification of the Prophet or his family is more suspect in Islam than showing them as perfect humans, which they were.

Faith should not be so weak that it is threatened by a wink. Our beloved Prophet never reacted to those who insulted or hurt him — he won them over with his akhlaq.

So, dear fellow Muslims, enjoy it or ignore it, but don’t waste your energy by outraging over it. Instead, create an atmosphere of amity and harmony where young people can find love and get married.

Help in the weddings of those who are facing financial difficulties. There are many things you can do that would, I’m sure, earn you the blessings of the Prophet and Khadija.

Also read: I'm an Indian Muslim. Why must I suffer the acid test and prove my patriotism?

Post your comment
#Marriage, #Prophet Mohammad, #Islam, #Priya Prakash Varrier
The views and opinions expressed in this article are those of the authors and do not necessarily reflect the official policy or position of DailyO.in or the India Today Group. The writers are solely responsible for any claims arising out of the contents of this article.