Why Ki is anti-feminist and it's a good thing

What makes her exemplary is that she doesn't indulge in male-bashing or bra-burning.

In the name of feminism, women have screwed themselves over. They want to look like Deepika Padukone, earn like Indra Nooyi and mollify like Nirupa Roy. They want to have it all. This force field of unrealistic expectations is exhausting, not only for them but also for society.

Thank god then for the gender agnostic Ki. For this is one Bollywood character who sets the bar high by keeping it low.

To begin with, she doesn't try to be superwoman. You know, the one who brings home the bacon and then cooks the damn thing. She neatly flips the traditional male-female breadwinner-caregiver approach to a partnership approach without leaving a mess (getting fired, getting divorced or getting institutionalised).

She brings home the bacon. He cooks the damn thing.

She doesn't apologise for remaining true to who she is. She refuses to feel guilty about being ambitious, powerful and successful. She's not afraid to ask for a promotion. She doesn't let her company "get the same work for less money".

She doesn't allow anyone to treat her victories as a fluke or anomaly. She doesn't seek help or permission. She creates her own agency.

When her "progressive" husband accuses her of sleeping around to get ahead, a reductionist gripe held against countless successful women, she puts him in his place. While doing all this, she manages to have friends and fun, possessing a likeability factor that feminists are denied.

She has a dream and in that she fits her "dream man". Unlike most feminists, who it's assumed die alone, she marries. But she marries wisely, choosing a man who would best suit her lifestyle and aspirations, without throwing her onto the patriarchal minefield of cooking, baby-spawning and in-law-pandering. After all, the single most important career move a woman makes is chosing who her life partner will be.

Despite her own ego, she finds a man without ego. No abhimaan this. We live in a male-identified and male-centered nation where it takes a man one label of "joru ka ghulam", "ghar jamai" or "not macho" to feel emasculated and complain of masculine harassment. What makes Ki truly exemplary is that she doesn't indulge in male-bashing.

I have yet to meet a man whose ego cannot be spotted by Martians from space. She manages a house husband who has no sense of entitlement or privilege and who steps in when his wife steps out. She shines without letting him lose his shine.

Ki makes Ka the Darcy of our generation. And that is noteworthy.

Most women, feminists included, are guilty of a few things.

Firstly, we expect men to read our mind. Not cool. As women we have to state what we want and mean it. Ki sits down with her husband before marriage and articulates her needs, while understanding (and responding) to his.

Also, often, we don't know how to delegate, at home and at work. Not Ki. She asks for help and receives it, settling into a marriage not on "her terms" but on "equal terms", the way it should be.

Most importantly, she doesn't act like a gatekeeper. Most women think that a man, if left alone, will burn the house down or drop the baby on her head. This intrinsic belief of male incompetence with housework calls for a major shift. Ki shows the way.

While all this is great, what makes Ki truly exemplary is that she doesn't indulge in male-bashing or bra-burning, abnegating stereotypes the feminist movement has long had to contend with. 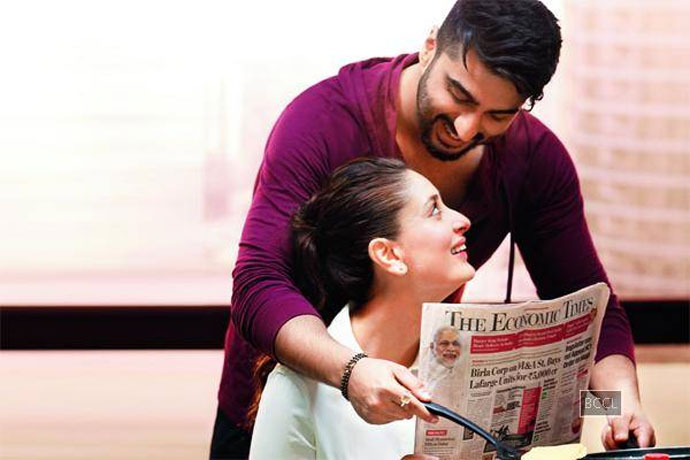 Instead of becoming one of the boys, she holds on to her inherent femininity - think pencil skirts, manicured nails, long hair - and rises in a man's world through determined meritocracy. She upends power dynamics between genders without tipping over into long upheld notions of feminists as nasty, bitchy, aggressive, abnormal, unlovable, unloved, unmarriageable, and unmanageable.

Can such women survive? Can such men be raised? Perhaps not. But this is Bollywood, rarely cerebral, yet capturing our inner lives with all that is emotive, amorphous and aspirational.

We often think of feminism as a movement for women, a way to disenfranchise men from their patriarchal privileges. But feminism comes with responsibility for both genders. As much as we need to remove gender roles from women, we need to assign gender roles to men, without tiptoeing into misandry.

We need to resocialise men and women, making the home a male and female domain, as much as the office is. This is what Ki does, while taking her man along for the wonderful ride. Is there a better archetype for feminism?

#Bollywood, #Gender Stereotype, #Feminism, #Kareena Kapoor
The views and opinions expressed in this article are those of the authors and do not necessarily reflect the official policy or position of DailyO.in or the India Today Group. The writers are solely responsible for any claims arising out of the contents of this article.

The writer is an author, columnist and former news anchor.