Why Michael Jackson, the King of Pop, still stirs our hearts

I was acquainted with his music when I was in my teens. While the highpoint of the Convent Prom was that boys from St Joseph's School, our brother school, were going to be there; the singularly most important part of the evening that made it so memorable were not the lanky boys in their new stubbles and croaky vocal chords, not their thin frames and cocky swagger, not even the fanciest of dresses that the girls wore. The lasting memory of that end-of-school-year Prom has been MJ’s distinctive voice that sang in a unique note and the sound that fell in its own genre like no other.

The second initiation came when I stepped into college; and a friend who was a BBC Radio regular boasted about being abreast with the latest musical fad of that time, yes "Beat It", "Billie Jean" and "Thriller". There was this mass hysteria that was fast engulfing the youth and I didn’t want to be left behind. 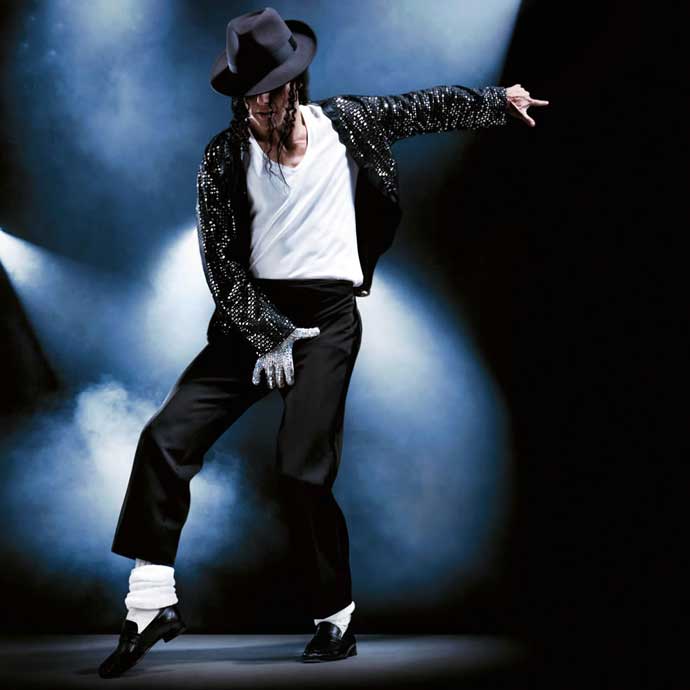 MJ has left lasting impressions and a master class on life for me and a large number of people. Photo: Agencies

Once I had been indoctrinated by a gentle nudge from friends, I soon, of my own volition, got baptised into this holy sect of scintillating, never-heard-before sound. Such was the pull and drawing power of the music and the magnetism of its creator that we simply got sucked in.

The western music loving people of my generation had found a new God and his name was Michael Jackson. He was more than an enigma for us. To us, he was our musical messiah who herded us to the blessed land that lay beyond our daily trials and tribulations.

We grooved to his music at our dance parties that became so famous that they were sought-after in the Doon Valley of the ’80s and early ’90s. No jam sessions were complete without MJ’s albums being played to high decibels. My dancing partners and I chose Michael Jackson’s songs for our piece-de resistance in the dance competitions which we ended up winning. Today, I would like to give credit to the music more than my alacrity and nimble-footedness on the dance floor. 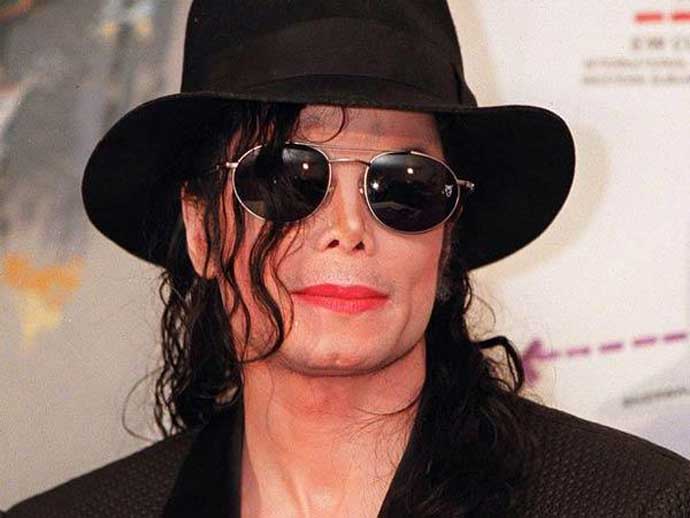 Given the tragic life that he’s had, I wonder if he really knew how many lives he has touched positively and brought happiness to. Photo: Screengrab

Over the years, Michael Jackson’s music meant different things to me at different times. During the magical monsoons in Doon, I swayed to the lilting tunes of "Ben", "The Girl is Mine" and "Man in the Mirror". During my dancercises I shook my body to his foot-tapping hits. Later, I marvelled at the emotionality of his artistic temperament as I tuned into “We are the World”, “Heal the World” and “Black or White”.

The musical idol, who now twinkles amidst the stars, did not simply regale me with his unique beats and enchant me with his special music. MJ has left lasting impressions and a master class on life for me and a large number of people, both from my generation and beyond. Here’s what he brought into our lives:

We were part of this large international community of young ones who were MJ converts. We had been transformed by his music and we were his disciples following his every dance move or new release. We found acceptance for ourselves amongst our peers and a sense of unity with the global world.

That is what he instilled in us even from across the Atlantic. We knew his songs, we tried his thrusts and shimmies and walks. And because we did all this, we were never the shrinking violets or the wall flowers who dotted the corners of the room. We were out there having fun, bringing in a lot of back-slapping bonhomie, being the heart of the gatherings – the inspired lot who in turn inspired others in our coterie. And because we were confident souls in the social circuit, we were also bold not brazen, self-assured not cynical in our other pursuits as well.

I will always be indebted to Michael Jackson for helping me get an image makeover from a studious bookworm to this bubbly babe whom everybody wanted to know in college. And guess what, because I regarded MJ’s music with a sense of sanctity and enjoyed it for its sheer brilliance, uniqueness and ingenuity, I did not allow my reverence to get diluted with any peer pressure. So, I did no drugs, did not enjoy tipple – a dance party mainstay, did not let my grades fall and generally remained a good girl who was popular and fun-loving at the same time.

After his demise, I read in several of the obits that MJ was regarded as a style icon. My generation began following him long before the phrase was coined. We came out with our own versions of fedoras, white glove and socks, black shoes, skin-tight jeans and yes, belts. We not only cultivated this ‘MJ’ style but also had the smarts to carry it with a lot of chutzpah.

Michael Jackson’s music has been one of the biggest stress busters for a whole lot of us, even today. In my last job, at one point of time, getting to work became a nightmare. The commute to work used to be filled with dreadful thoughts of facing the hell boy at work, the only bright light being the Jackson CD playing on the car system. Willy-nilly it brought a smile to my lips, put a song in my heart, lightened my steps and proved to be more meditational and therapeutic than the entire course of Art of Living. Similarly, after a hard day’s work that stretched well beyond 10-11 hours, it was his music that helped me battle the stress. 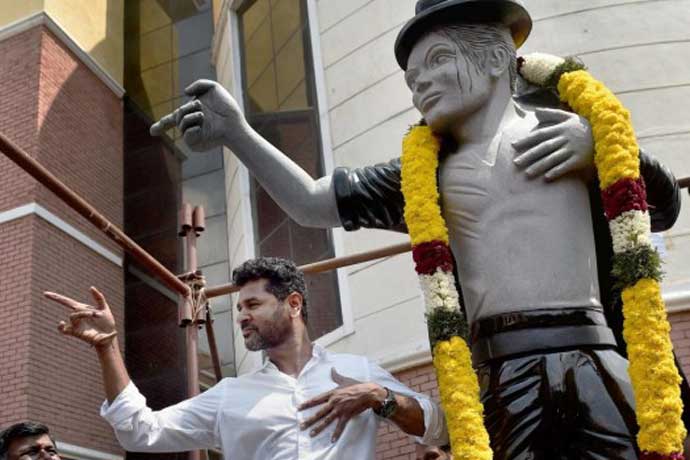 Michael Jackson has taught us all to strive for excellence and aim for the stars. Photo: PTI

It can be said with utmost conviction that Michael Jackson’s music has always made us happy. Even ecstatic, at times euphoric, a lot of times rapturous but always, overridingly, happy.

Given the tragic life that he’s had, I wonder if he really knew how many lives he has touched positively and brought happiness to.

Michael Jackson was a huge trove of talent. He has been one of the most sensational singers of all time, his dancing skills were such that they are emulated to this day, his song writing skills were extraordinary, his videos are legendary and above all, he was the most composite and ultimate entertainer. MJ has taught us that we, too, can multi-layer ourselves with multiple talents and endeavour to reach the zenith in our chosen areas.

Finally, Michael’s iconic yet tragic life holds a lesson for all of us. Here are a few that hold a lot of meaning for me:

Little shining star Michael taught us that you can assume responsibility for your family and loved ones even at the tender ages of five or 11. You only need big shoulders and a genuine inclination in that direction.

You can face any assault to your person or mind and come out stronger. At least in the first 3-4 decades of his life, when he rode the upper crest, MJ seemed to have overcome all the negative influences of his childhood rather well. At one time he did seem to have slayed his personal demons triumphantly.

In his leaving for eternity he has left this eternal lesson with us on how not to lead our lives. Drug abuse, accusations of child molestation, several liaisons – secret and otherwise, masks and gas chambers, needles and scalpels, tabloids and glowing tributes. Certain things in some professions are inherent. They come with the package. But for most, we ourselves are the decision-makers.

In his death, he has shown us that this is no way to go for anyone, leave alone a legend of his stature. The choices are in our hands. Are we willing to turn the stumbling stones into building blocks, the hazards into how-tos and the turbulence and turmoil into a tryst with destiny that strengthens the spirit and lays down the path for betterment?

MJ has taught us how to treasure all that one accumulates not by the stroke of luck but by the dint of one’s hard work. That he dithered it all away in his later years, should come as a sharp reminder to all of us, when we tend to get smug and snooty about it.

Michael Jackson, with his choicely penned lyrics and thoughtful words, urged us to look at the “man in the mirror and change some of his ways”.

He has shown us how talent and hard work can prevail over the biases. How the gifted and the genius can win over the prejudiced. With the global and incomparably huge recognition that MJ has received in his lifetime and so much more in death, he has overpowered the bias of colour, creed, race or religion.

In his musical prowess, his inventiveness, the sheer mastery over his craft and his uniqueness, Michael Jackson has taught us all to strive for excellence and aim for the stars.

And because he had it all before he lost everything – family, fortune, fame – Michael Jackson, in his tragic, untimely death, has taught us how not to squander away the reputation built with the building blocks of inspiration, perspicacity and sweat.

With his fan base and hysteria surpassing that seen for the likes of the King of Rock ‘n’ Roll or the People’s Princess, Michael Jackson filled our hearts with love for him and adulation like for no other, just by the magic of his music and the brightness of his brilliance.

Michael we miss you. I am sure you rest in peace, now that you are in God’s embrace, far from the world of ghouls and ghosts you created for yourself!