Erratic set-top box, weak WiFi: How cricket in the time of radio defied all

As a writer, Test cricket has taught me a few things.

I must have been six, when my mother handed me a small Panasonic transistor to listen to live cricket commentary. It was candy to my ears.  She gave me a glass of milk and disappeared into the kitchen. India was playing the West Indies at the Wankhede. A little while later I heard her voice ask: ‘So who is bowling now?’ I replied without hesitation: ‘Milkom Marshall.’

I tell this story to illustrate how the Indian love for cricket is passed to us in our mother’s milk. Our best stress-busting mechanisms are those we naturalise at a young age — reading a book while listening to cricket commentary is the one I’ve stuck to all these years. Except that following Indian Test cricket is hardly relaxing. One waits four years for this series and this particular match, and the first day is rained out (Photo: Reuters)

Take the ongoing Lord’s Test between India and England. One waits four years for this series and this particular match, and the first day is rained out. When rain stops and play resumes, it’s started to rain in your hometown in India for it’s the peak of the monsoon season. The Tata Sky set-top box is not receiving the signal. When it’s not raining in either of the two places, the power will go.

One can watch this live on one’s laptop as long as the battery lasts. Then the WiFi goes on the blink and you try and hotspot your laptop through the phone 4G but that never works steadily in the rain and you are stuck in permanent buffering mode.

At this point you have lost faith in the universe — four years of waiting — until you think of Bhuvaneshwar Kumar, India’s best swing bowler, out of action because of an injury. Sport can be cruel. He must have dreamed of bowling in swinging seaming conditions for four long years. This is what he was born to do. Think of his disappointment. You calm down. Sports teaches you empathy. 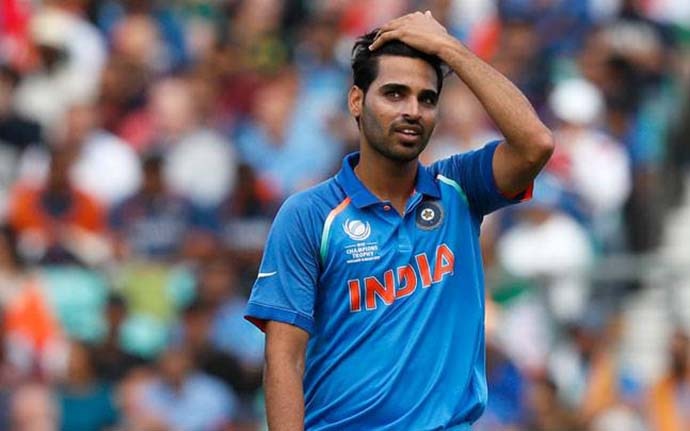 Only when you think of Bhuvaneshwar Kumar, out of action because of an injury, you can console yourself for not being able to watch a series you waited for years.

Overseas tours are tough for India. Over the years the Indian fan has developed a masochistic streak to deal with this. Virat might tell us to back the team no matter what, but no one ever stops backing the team. The fan though is allowed pleasure in pain.

Going back to cricket in the time of radio, by the age of ten, for overseas tours, I’d graduated to the family’s Phillips Skipper radio. I’d set the station frequency to Radio Australia before I went to bed. No worries about power cuts, erratic WiFi and set top boxes that cannot handle rain. One didn’t even have to get out from under one’s blanket. Twiddle a knob and you were transported to Perth, the fast and hard WACA. India tottering at fifty for five. There is pleasure in pain. It’s a familiar feeling.

And we deal with it in so many ways. We appreciate our own bowlers much more. We wait for our one batting hero to emerge — there’s always one. We wait for the Indian tail to wag — it mostly does overseas, defying logic. We appreciate the wonderful unpartisan crowds in England who turn out in full strength and appreciate every good save, ball and shot by the opposition. We admire their team — and why not. I remember Kevin Curran making his debut and it’s a nice feeling watching his son Sam, make his against India, followed by another twenty-year-old prodigy, Ollie Pope. It’s one of the beauties of test match cricket, that while it pits nation against nation, it’s in the nature of the game that it’ll force you to appreciate the other side, even though you will never stop rooting for your own — the sleepless night of hopefulness that accompanies ‘Oh, if only if, Ishant Sharma can hang in tomorrow morning and make twenty odd and get India to 180’, goes hand in hand with ‘Jimmy Anderson is such a legend’.

Finally, even as I’m aware that the sports-life analogy can be stretched, its seductions at times prove too much to resist. Sport has an inspirational role.

As a writer, Test cricket has taught me a few things. One can’t be too much on the defensive; after a point one has to play some shots and score some runs (Kohli and Tendulkar). Start banging out those sentences! There are times, when the start is slow; the sentences come in ones and twos.

One might not feel inspired, but it’s important to grind it out (Pujara and Dravid). Like with cricket, if one is returning to writing after a layoff, chances are you will be rusty, but soon you will start middling the ball. Like sweet timing, a writer knows a good sentence the moment your fingers type it out on the screen.

Like Ishant Sharma, some writers are rhythm writers — once they find the elusive flow, they are unstoppable. At other times, they might be disappointingly insipid. And yet, no matter how good the flow, and no matter how much you might want to go on and on to exploit it, in cricket and writing, like in life, you will have to break for lunch and tea.