There is literary fiction in Netflix's Lust Stories

Think of each short film as a deliberately underprepared dish. The nutrients are all intact.

The word that comes to mind repeatedly while watching Lust Stories (now streaming on Netflix) is "literary". Like a good short story, each of these 30 minute films takes us to the heart of a unique situation and leaves us there to figure it all out. The director and crew parachute the viewer into a cluster of neighbouring islands before they themselves disappear into the sky in a chopper.

The viewer looks heavenwards for help before realising that she has been abandoned for her own benefit. There is no secondary reading list, only the primary text(s). Hop from island to island and get familiar with the locals. As you observe their lives and psychological frailty, an eye will open inside of you — the eye of self-knowledge. It will lead you to painful discoveries, painful but essential. On the surface, we have a film that plays with standard Indian B-film/ magazine tropes of lust: teacher-student, bachelor-maid, sleeping with your best friend’s wife, the sexy school librarian in low-cut blouse. What we get in the end are four stylised and complex thought-experiments on the nature of lust — a bundle of contradictions. The directors take these various threads and pass them through the aperture of one pointy needle that pricks your skin. Like the American story writer Mary Miller, Anurag Kashyap is, at all times, tuned in to the ebb and flow of heterosexual desire.

Anurag Kashyap’s story takes as its axis the relationship between a female college lecturer (Radhika Apte) and her greenhorn student (Akash Thosar). It references the Me Too movement and yet it’s not about it. The male protagonist has difficulty pronouncing "consensual", let alone know its meaning. The college lecturer chases the boy only to run away herself. Emotions swing wildly, minute to minute, underlining the exhaustion that accompanies the push and pull of lust. Lust here is not a cold cat, it’s a prickly bear.

Kashyap circles around the theme using normal conversation. Before they make out for the first time, the lecturer goes through her student’s bookshelf in his room. They talk fleetingly about Chetan Bhagat, The Perks of Being A Wallflower and Sophie Kinsella.

Like the American story writer Mary Miller, Kashyap is, at all times, tuned in to the ebb and flow of heterosexual desire. Like Naipaul, he knows his characters better than themselves, and takes a boldly contrarian view, making us question accepted pieties and certainties.

Zoya Akhtar’s voice, on the other hand, reminded me of Amit Chaudhuri. Like Chaudhuri, she picks up on the quotidian and uses it as a weapon of sorts. Set in a 1BHK, the story is about the sexual relationship between a bachelor and his maid. 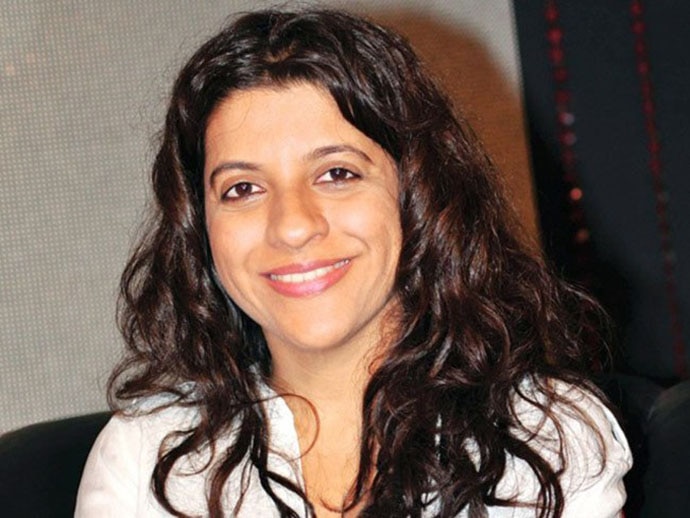 Like Amit Chaudhuri, Zoya picks up on the quotidian and uses it as a weapon of sorts

The latter speaks only once in the film but that candid "dirty" dialogue sets up a sexual equality between two, which is crushed by the inequality of class. Instead of steamy scenes, Akhtar gives us an endless (and brilliantly accurate) stream of background conversation (small talk that is typical in its aspirational smugness and crushing inanity) between the yuppie bachelor’s parents and his future in laws, while the maid, portrayed by Bhumi Pednekar, quietly goes about her business, mopping the floor, making poha and chai, changing bed sheets and smoothening the creases.

Everyday objects and appliances — the Aquaguard, the steel utensil rack — are the only ones witness to the forbidden secret the flat harbours. Dibakar's segment is perfectly nuanced, universal in its appeal and fluid like water

Dibakar Bannerjee’s segment is reminiscent of a Raymond Carver story, perfectly nuanced, universal in its appeal and fluid like water. Manisha Koirala is on Top of the Pops here as she negotiates a complicated sexual triangle between her husband (Sanjay Kapoor) and his best friend (Jaideep Ahlawat). It’s a story about the warmth and bonds of old friendships, of what we want to believe and willingly deny ("Sudhir Batra, India Bulls?" says the husband, refusing to believe that his wife was sleeping with his loyal long-standing friend, Sudhir) and how the practical necessities of the material world gently nudge the emotional storm to stay in the teacup, always. 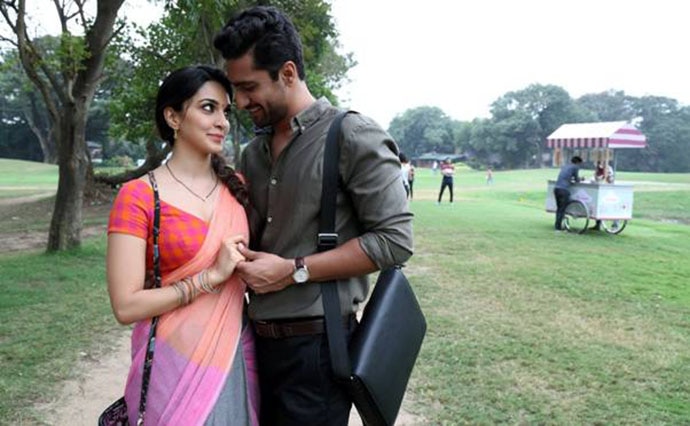 A wife convinces her husband that an Indian woman is more than a producer of babies.

Lust Stories concludes with Karan Johar’s story, which had shades of Salman Rushdie: magical trickery, in so much as it requires the suspension of disbelief; realist; post-modern, self-referential and ironic. Here a wife (Kiara Advani) gradually convinces her gormless new husband (Vicky Kaushal) that his hick simplicity is not hip, that he needs to be alive to her sexual needs, that an Indian woman is more than a producer of babies. 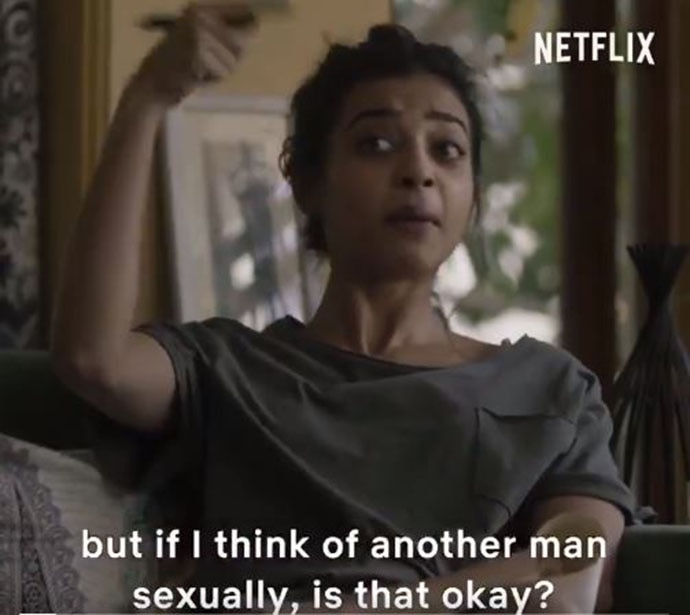 The college lecturer (Radhika Apte) chases the boy only to run away herself. (Screengrab: Netflix)

The brevity of these films means there is no room for tackiness. The dialogue is razor sharp and witty. The silences are like thunderbolts. Together these stories are a slamming indictment of Indian middle class mores that stifle and repress. Each story, marked by a ferocious cunning, holds a cracked mirror to our lives but, above all, they are quiet, at times intense, explorations into the interiority of characters.

Think of each short film as a deliberately underprepared dish. The nutrients are all intact. It’s good for cultural health and nation-state longevity.

Post your comment
#Bollywood, #Netflix, #Radhika Apte, #Lust stories
The views and opinions expressed in this article are those of the authors and do not necessarily reflect the official policy or position of DailyO.in or the India Today Group. The writers are solely responsible for any claims arising out of the contents of this article.