'Made in Heaven' is a ride from hell for the average Indian women. Why aren’t we getting it?

This model of class-impaired, so called 'feminist' rhetoric either divides women on socio-economic parameters or homogenises them into a universal, faceless, 'sex ki bhuki' matrix. Either is deeply insulting and totally false.

After soaking in rave reviews about the new drama that everyone is binge-watching — Made in Heaven on Amazon Prime — I bit the proverbial bait. So much style. Such little substance. No, there's nothing extraordinary about the show Made in Heaven. (Still from Made in Heaven)

The homosexual love scenes, that are the talk of the town and are being lauded on digital media platforms as ‘path breaking’ are again well-shot, and, probably, a deliberate attempt to push the envelope further in terms of normalising same sex sexual relationships, as explicit sexual postures and partners are depicted with one of the protagonists, Karan, a Delhi-based wedding planner, who is gay. And is largely the only noticeable male character in the whole series.

Arjun Mathur plays a gay character here. The show focuses on sex as apparently the sole premise of a relationship between gay men. (Still from Made in Heaven)

But what they do, for me, at least, was again bring back the attention to sex — and how for gay men, largely the premise of a relationship, whether it’s a one-off club hook-up, or a lasting, long-term, long-distance romance, is action between the sheets. To my mind, the makers of this series — who are also making a fast buck, as it were, forefronting gay porn, are playing safe, placing their bets on intimacy between men, rather than investing in lesbianism that is far more risqué in a country where marriage and motherhood and big, fat, decadent weddings still make front page headlines and usher in an uneasy sort of peace.

The women, and since, they outnumber the men, well, they just made me feel sad.

For want of a better word. Maybe 'hopeless' comes close...

And, while we are making a great hoopla about Sobhita Dhulipala's sassy wardrobe and her expensive designer saris, the makers could not have etched a weaker and more flimsy female lead with an actor exuding immense potential and sex appeal — a winning combo — Tara’s inner tumultuousness as superficial as her professional journey.

Sobhita Dhulipala plays Tara Khanna, a 'gold digger' in the show who confronts a stilted marriage. (Still from Made in Heaven)

To me, Sobhita who plays Tara, and, who is shown as a lower-middle class, ambitious, working woman whose own mother (perhaps single) herself coaches her to use her physicality and unbridled sex appeal to hook a rich husband and sends her to a neighbourhood finishing school in a back-lane infested with electrical wires and vacant auto-rickshaws, reinforces a shallow and extremely biased social stereotype — that women whose fathers are not rich and famous, who are plain-looking and dusky and sport inexpensive cotton kurtis and oil-slicked plaits, have no other option than to bed and ‘go down’ on a loaded millionaire.

They are quintessentially seducing the rich, roving-eyed, handsome boss, an heir apparent, so to speak. Thus, they are scheming to break up his carefully arranged marriage, to then be wooed by him and marry into royalty, as it were, — a master strategy, except, the truth maybe this, that more Indian women, in this country, bored stiff of monogamy and strangulated sexless and childless in suffocating, big budget marriages, held amidst ornate destinations and formalised over swirling leharaiya lehengas and uncut rare diamonds, are forced to live out their lives either as a rich man’s moody mistress, portrayed here in a character like Kalki, (who scrambles out of an abusive first marriage and then cheats on her best friend, by having an illicit fling with her husband and downloads her emotional debauchery to a smartly dressed shrink — the irony of this too!) depicts — or try and conceive, as Tara’s terse mother-in-law advises, saccharine-coated, after gifting her an emerald and diamond choker on a wedding anniversary, telling her that women before her have also suffered and silently borne such indiscretions.

And that she should also therefore ideally either bear an heir, to keep the man interested in her, still, or, fake happiness, by focusing on a business also funded by the in-laws and the industrialist husband. 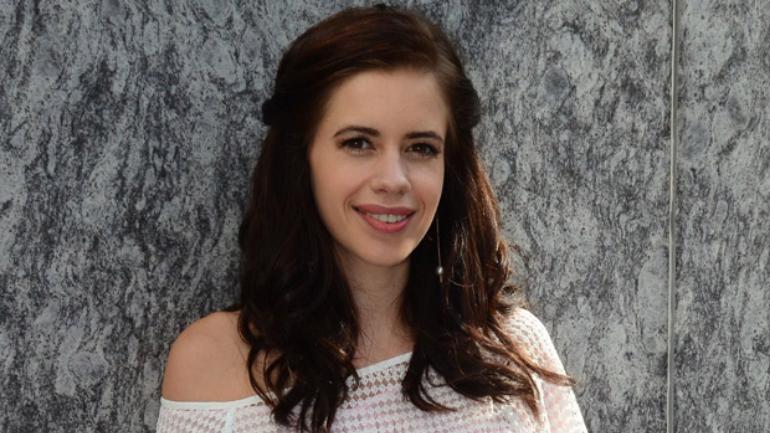 All women in the show appear to be busy seducing men for one reason or the other. Anything but real happiness, that is. (Source: India Today)

Tara’s ruminations, juxtaposed mainly as flashbacks, along with her floundering present marital crisis, are horribly shallow and reek of upper class hypocrisy — how she reacts when a poor mehendiwali is being molested by an ageing patriarch in an antique haveli — and yet, she is desperate to be the woman on top (pun intended), desperate to reinstate her place in her flawed, flaky marriage that she knew right at the start was wrested by cheating on another woman — and how even that, a woman who is vile and cunning and scheming sexually, is affixed to a class and economic background presumption.

How even the most middle-class character, possibly representative of West Delhi, named Jaspreet Kaur, Jazz, is also depicted as an aspirational, poor girl whose brother is a hopeless druggie, steals clothes from an upmarket boutique, breathless, to fit into the swish social circles she's privy to, thanks to her job in the wedding planning company, is downright derogatory and harmful to women like Jaspreet in real life, who probably, and despite, their telling circumstances, work shoulder to shoulder with privileged women and strive much harder to be professionally qualified, and just as Jazz is, get frequently deprived, deliberately. Beyond Patronising: Jaspreet Kaur or 'Jazz' played by Shivani Raghuvanshi is shown stealing clothes to fit into 'elite society'. (Still from Made in Heaven)

I felt especially nauseated when in a scene when Jazz, who loses her job as she’s misused her boss’s credit card to make a personal purchase and is seen literally orgasming inside a fancy, five-star bath-tub, goes over to a down-market garage where the grimy car mechanic is inferenced as her once upon a time beau — who then mounts atop a car bonnet, as they are seen, in possibly one of the worst filmed and most contrived sex scenes I have ever had to suffer.

Sex, again used, as a sham. Like a quick fix.

Feminism in India, is supremely and sinfully tricky and this is its exact crisis, and where the root of the rot lies, as I see it. Everyone wants to be a feminist. Activism is suddenly fashionable, thanks to the fleeting glory and guts that social media affixes on women who stand up to something and for something.

But this model of defective and class-impaired feminist rhetoric, that either divides women on the basis of their narrow socio-economic parameters or homogenises them into a universal, faceless, sex ki bhuki matrix — where even as the audience, I felt polarised — is torn between the fact that I am a Tara or a Jazz.

Either the bitch or the bimbette.

The slut or the Sati Savitri.

The middle-class girl who wants so bad to not be her.

Or the rich, spoilt girl, who is tired of being herself.

Or the same old gay man, like us, women in India, either sex starved or sexually active.

Our only existential dilemma.

There is nothing that is being fought for, or challenged, or won.

Is the biggest coward, there is.

And, so, as I turned off my television last night, having watched the last episode, I asked myself — what were we really celebrating and whether Indian audiences, and critics, and makers of cinema, producers and publishers, and critics and reviewers and distributers, who, for example, in the realm of books, openly lambast a Chetan Bhagat for dishing out trashy, soulless content or paint Golmaal as rubbishy — are mature enough to ask for more?

Or deserve to question why these rake in more than hundreds of crores in the first week or why 'those books' continue to dominate the Bestseller charts?

And if Made in Heaven, like many films in Bollywood and serials on digital platforms churned out by so-called feminist, A-list Bollywood directors and muscle power-wielding production houses, actually cater to that shadowy, slippery, space in-between?

Where we all want our women strong, liberated, sexual feisty and economically empowered.

Where we feel strongly for same sex relationships.

Where we all know that the institution of marriage is under severe threat in a country where cheating and open marriages are now rampant.

And yet, we settle.

Because as the success and recent hype surrounding Made in Heaven proves — settling sells.