Did you know that both 'Beta' and 'Dil To Pagal Hai' were offered to Sridevi first? But the parallels in their careers go beyond a few movies.

Madhuri Dixit has a special reason for doing Kalank, Karan Johar’s upcoming ambitious project. The role she is essaying was to be played by Sridevi, whose death last year came as a major shock to the movie industry and fans alike.

Madhuri says she wishes to make the late actress proud. “When I was on the sets, I looked at it as just another role. But, yes, I was extremely emotional when Karan (Johar) asked me to take up her role. I hope I make her proud,” Madhuri said in an interview recently. 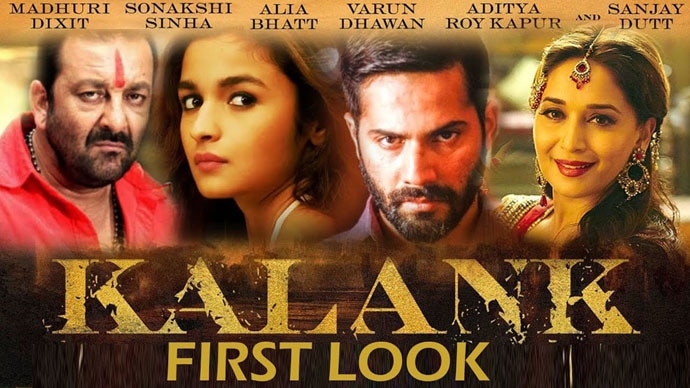 Madhuri will reportedly play a courtesan in this movie set in the 1940s. (Photo: YouTube/screengrab)

Once arch-rivals for the top spot in Bollywood, Sridevi and Madhuri were in a class of their own — few heroines before or after them have matched the combination of acting, dancing skills and sheer star power the two wielded.

But apart from their phenomenal popularity, the careers of Sridevi and Madhuri were strangely linked, and it is only fitting that Madhuri today plays the role Sridevi was supposed to.

For example, did you know that both Beta and Dil To Pagal Hai — two movies that went a long way in establishing and cementing Madhuri’s star status — were offered to Sridevi first? In fact, the iconic song ‘Dhak Dhak Karne Laga’, which still lends Madhuri the name ‘Dhak Dhak girl’, was conceptualised for Sridevi, as a Hindi version of her Telugu song ‘Abbanee Tiyyani’.

Also, in Madhuri’s early days in the industry, it was Anil Kapoor and Boney Kapoor — whom Sridevi was to marry later — who mentored her. According to an India Today article from 1993: “Anil’s wife, Suneeta, gave her (Madhuri) tips on style. Lectures on her figure, make-up, marketing herself, character and professionalism were thrown in for free. Anil Kapoor signed five films with her and promoted her heavily, with the aim of forming a successful star pair.” 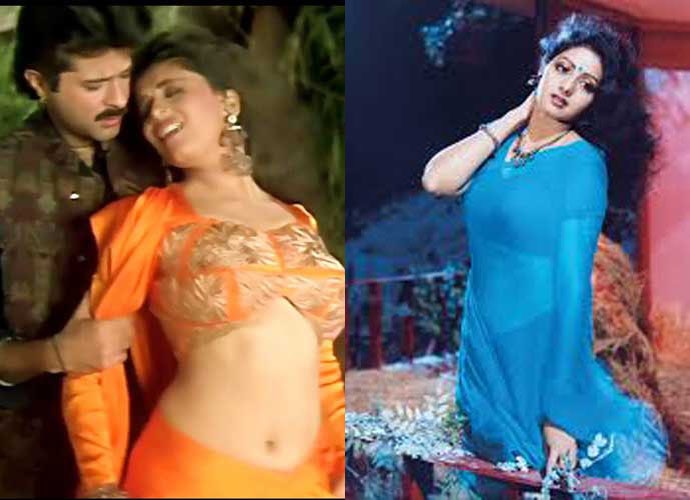 Who did it better? The Dhak Dhak and Kaate Nahin Katte debate is still raging. (Photos: YouTube/screengrab)

Madhuri’s career graph rose as the sun set on Sridevi’s. Not suprising then, that rumours of a ‘cold war’ between the two was a staple in Bollywood gossip circles.

In many ways, Madhuri benefitted from what Sridevi had done before her — the foremost of which was introduce filmmakers and audiences to the concept that a heroine could carry a Bollywood movie on her shoulders alone.

But she also seems to have learnt from her industry senior — from her successes as well as mistakes.

As the India Today article says: “Madhuri’s girl-next-door appeal makes her an accessible fantasy. Unlike Sridevi who is perfect enough to be plastic, Madhuri retains an essential vulnerability. Her sexuality is never threatening. The unaggressive glamour speaks to the front-bencher as effectively as to anyone else.”

Thus, it was not so much that Sridevi was fading when Madhuri came upon the scene. On the contrary, she had ascended into realms so rarified — no longer pretty girl, but a chiffon-clad sophisticated woman — that she was out of reach for most filmmakers and later, a section of the audience.

Producer-director Manmohan Desai had said in an interview to Filmfare as early as in 1986: “With Nagina, Sridevi has shot out of the reach of most filmmakers. I can’t afford to cast her in an Amitabh starrer any more. It’s too risky a combination.” This was the same issue that had announced Madhuri Dixit as ‘The New Sensation.’

Then came Mr India (1987), Chandni and ChaalBaaz (1989), placing Sridevi further up above the world so high. 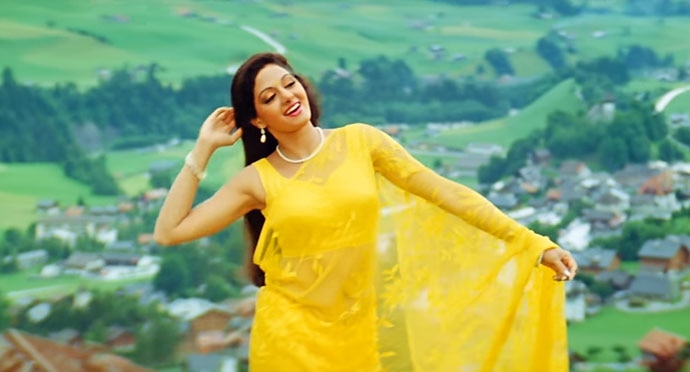 Chandni had Sridevi as the picture of chiffon-clad sophistication. (Photo: YouTube/screengrab)

By now, she had become quite categorical about her demands. She reportedly rejected movies because they were multi-starrers, because her role was not meaty enough, or because she had worked opposite the male lead far too many times. She once said about Amitabh Bachchan, “I have never said I won’t work with Amitji. But then what’s there for any artiste to do in a film starring him? He does everything himself.”

Sridevi might have been right in her stand — after all, she had worked hard to earn the place she now occupied. But then, two things happened to shake her utter domination of the industry.

Towards the end of 1988, Tezaab happened, making a nation’s heartbeat go ‘Ek Do Teen’. 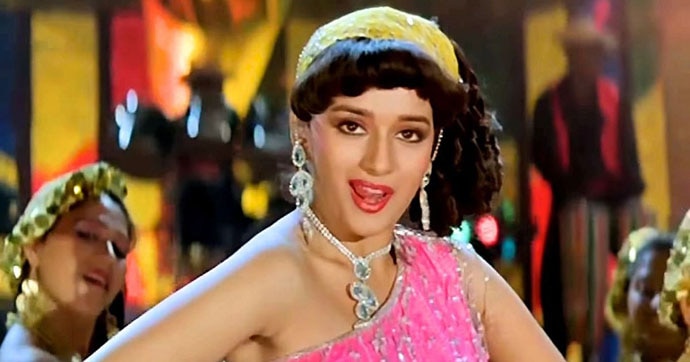 With Ek Do Teen, Madhuri had just begun counting her successes.  (Photo: YouTube/screengrab)

And by the turn of the ‘90s, Bollywood went all-out on teenage romance. Thus, where a Madhuri could star in Dil opposite Amir Khan, Sridevi could obviously not play a college girl anymore.

Madhuri learnt what not to do from Sridevi well. Where Sridevi would not climb down on her price rate or role specifications, Madhuri was flexible. On the sets, she was approachable and did not have too many demands or tantrums.

As the 1993 India Today article says: “…in contrast to Sridevi’s imperious and aloof image, Madhuri's reputation in the industry has considerably enhanced her value. People who have worked with her vouch that she is hardworking and professional.”

However, the two actresses were gracious enough to never have an open fight. The only anecdote where Sridevi appears to have made public her insecurities about Madhuri is when she allegedly accused choreographer Saroj Khan of giving better steps to Madhuri’s songs.

Years later, Madhuri and Sridevi remain the only two actresses to have launched successful second innings. And now, with Madhuri stepping into Sridevi’s shoes with Kalank, the wheel seems to have come full circle.