This is probably Anurag Kashyap’s most accessible film to date.

It’s significant that an Anurag Kashyap-directed romance begins with these lines from “Grey Waala Shade”, a song written by Shellee and composed by Amit Trivedi. It’s the song that best sums up screenwriter Kanika Dhillon’s vision — love is not red, or pink, or the purple and green-coloured heart seen on WhatsApp, it’s twisted. 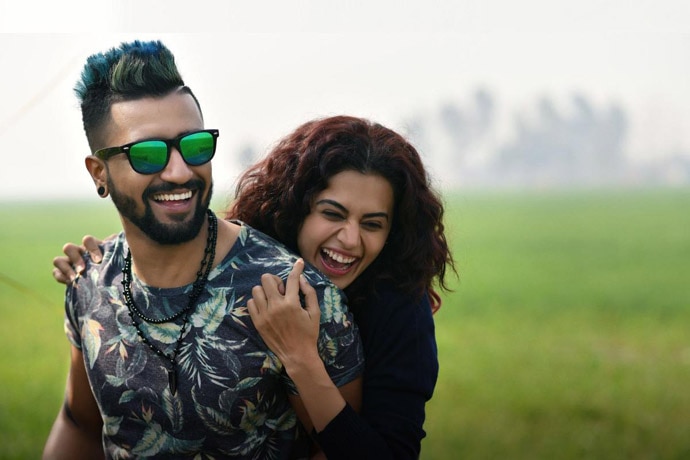 The romance between Rumi and Vicky is surreptitious, passionate. (Photo: YouTube/screengrab)

Through the song, Kashyap is telling the audience to keep its judgmental glasses at home and see a love story that revels in the flaws and indecisiveness of its three central characters. It’s Kashyap and Dhillon presenting the messy amorous adventures of Rumi (Taapsee Pannu), Vicky (Vicky Kaushal) and Robbie (Abhishek Bachchan).

Kashyap uses the song to establish the surreptitious, passionate romance between Rumi and Vicky. The visuals here include some rookie parkour captured in slo-mo, hugs and kisses on the terrace and in the bedroom, and most importantly, hip-hop dancers whose novelty here is that they are twin sisters. So familiar is the last trope that it’s hard to imagine what Kashyap’s filmography would be if hip-hop culture hadn’t travelled from US to India.

Love triangles such as Woh Saat Din and Hum Dil Chuke Sanam immediately come to mind while watching Manmarziyan, but Dhillon’s lovers are different, for they are reckless, restless, brutally honest, unapologetic and uninhibited in their expression of love.

Whenever Rumi and Vicky meet, they can’t take their hands off each other. But pleasure here isn’t just carnal — it can be also be delightful, as evident in a scene where Vicky tickles Rumi’s feet, reminding her that few can make her feel this good and love her so unconditionally.  The update here lies in the depiction of Rumi and Vicky’s limitless love. So when this mohabbat veers towards the traditional, as in marriage, trouble strikes.

Rumi’s family — she’s an orphan — want her to end the dalliance and tie the knot. She’s up for it so long as it is with Vicky.

But when the red-haired, hot-headed Rumi asks the blue-haired DJ Sandh to rise to the occasion, he gets the jitters. First love, for all its unbridled joy, comes with a caveat. Responsibility is the undoing of many die-hard lovers. “Jimmedaari ke name pe na hag deta hai tu (when it comes to responsibilities, you are sh**),” says Rumi, to knock some sense into him. 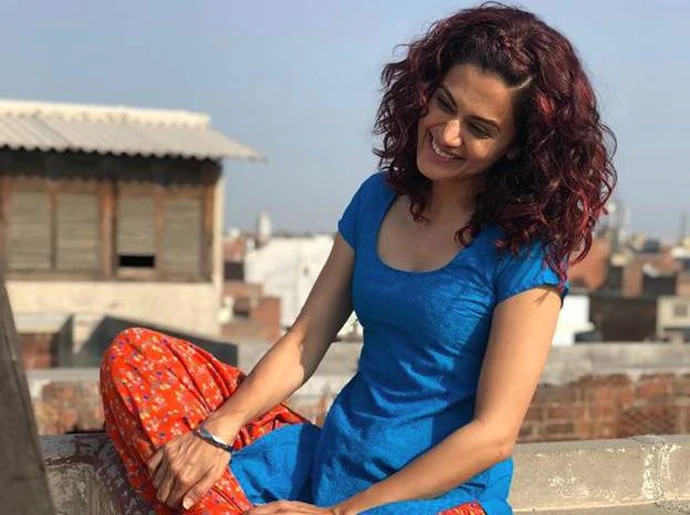 Rumi is the heartbeat of Manmarziyaan, and Taapsee is stellar as she plays out her complex character. (Photo: YouTube/screengrab)

Manmarziyan is an attempt to change the audience’s perception of love in cinema, to remind viewers that gone are the days of letters and QSQT-like lovers. Here, Tinder, Facebook and unanswered phone calls spark drama and conflict.

When Vicky fails to live up to the “mutual favour”, Rumi turns to the quiet, mature and rather dullish banker Robbie. She honeymoons with him in Kashmir, where she runs, sulks about, and watches shows on animal mating. Rarely has a broken heart been allowed to nurse itself in silence.

Rumi is the heartbeat of Manmarziyaan, and Taapsee is stellar as she plays out the contradictions and dilemmas of her complex character. “Sharam ke chakkar mein apni zindagi kharab kar dun (Should I ruin my life to avoid shame)?” is her practical response to societal objection and family loyalty.

You can’t pin down Rumi — she is on her own trip, and pain and making mistakes is necessary for growth.  But Rumi, for all her feistiness, is surprisingly short on ambition. She is an erstwhile state-level hockey player, who is solely defined by pyaar and fyaar. When it’s short in supply, there’s not a lot going for her. 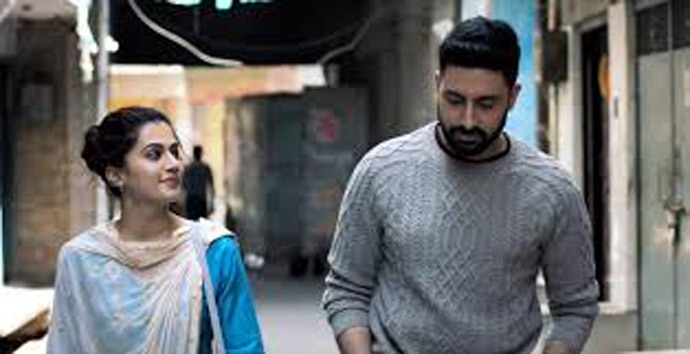 Robbie won’t put Rumi through trial by fire, but confuses her with his progressive ways and lack of questioning. (Photo: YouTube/screengrab)

Robbie is the Mr Darcy here, whom Rumi at one point refers to as Ramji.

He won’t put Rumi through trial by fire, but confuses her with his progressive ways and lack of questioning. “I’m not a virgin,” she says. To which he replies he isn’t one either. He enters the marriage knowing well that he will have to work the hardest on it.

Dhillon creates memorable moments between the new couple, showing them bonding over neat drinks and weighing each other’s silences. It’s in the lovely last scene, which evokes the candid conversation of Celeste and Jesse in Before Sunrise, that one gets a feel of Dhillon’s love for her characters and her screenwriting abilities.

Robbie accepts Rumi for who she is. His ‘don’t ask, don’t tell’ policy perplexes Rumi. He avoids confrontation as he performs the role of a dutiful husband. He gives Rumi the space to define the contours of their relationship. He is as the film’s English title says — “husband material”.

But letting go is the hardest thing to do in Manmarziyan.

Filmmaker Anurag Kashyap is guilty of it too, as he uses all the songs, which needlessly drags the heavier second half centred on Robbie and Rumi.  Nonetheless, Manmarziyaan is Kashyap’s most accessible film to date. It’s a traditional, familiar love story, with a contemporary spin.