Manto is a film of genius, audacity – and pure love

So, Manto is perfect. Of course, Manto was perfect. The writer Sa'adat Hasan Manto was possibly the greatest literary genius the subcontinent ever produced – and never adequately celebrated. But the film made on his life does offer a fitting homage to the artist, his milieu and his wonderful, tormented, fantastic mind. 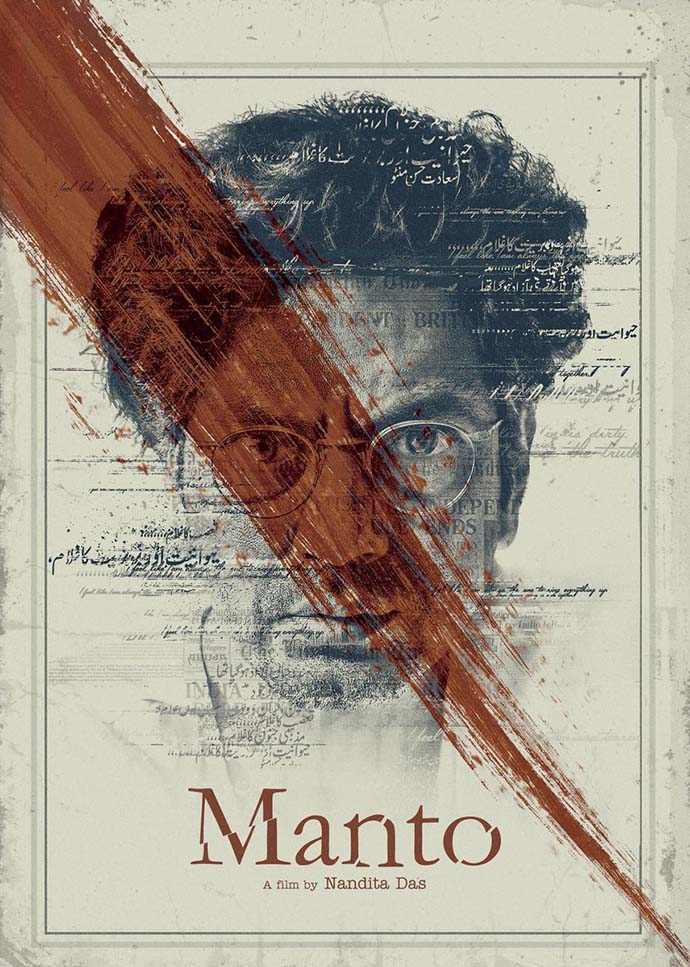 The film shines with superlative acting.

Leading every frame is Nawazuddin Siddiqui playing the writer Manto with all his flair, his eavesdropping attentiveness, his restlessness, his syrupy sentimentality (Yaad hai, usne humein free ka paan diya tha), his harshness of vision and hurtfulness of feeling. Nawazuddin portrays Manto with breath-taking perfection – he gazes adoringly at his handsome filmstar friend Shyam (Tahir Raj), fondly at his patient wife Safia (Rasika), wonderingly at the world he sees around him – its pimps and prostitutes with tired eyes, its leering rapists and butchered victims, its mud and blood and gore and pus and filth – and its fun. For Manto was also a film writer, and this film portrays his two worlds – the dark and the glittering – with deft beauty.

The portrayals of Manto and his wife Safia are superb. (Photo: Twitter)

In pre-Independence Bombay, Manto was part of a radical writers’ group which included Ismat Chugtai drawling insouciantly about her work, ‘Tumko yaad reh jaaye, utna toh accha tha,’ and a studio scene including Ashok Kumar, a beautiful young Nargis, K Asif (‘ideating’ about Mughal-E-Azam) and Manto’s friend, the upcoming star, Shyam. Tossing about on the waves of life that crash so fantastically in Bombay, Manto was enjoying being a writer whose pages practically buzzed.

But then comes 1947 – and dark violence spills over every page proclaiming freedom.

Manto stays in Bombay, until Shyam’s uncle arrives from Rawalpindi and tells a horrific tale of his son being butchered by rioters. Shyam then spits viciously at Manto, ‘If there was a communal riot now, I could kill you.’

That moment changes Manto’s life forever for those words literally break his heart. He is suddenly aware not of love but of blood and lines and limits that shut the doors of your heart. For a writer, and a friend, to face such lines is shattering. And Manto is shattered by Shyam.

He leaves for Pakistan. In Lahore, Manto is surrounded by poverty and desperation of refugees. (Photo: Screengrab)

Lahore is no Bombay though. In 1948, it is dirt-poor, full of refugees, dank, depressing, dark. Manto drowns himself in drink, but cannot escape the ugliness around him. It is at this time that he writes some of his most shocking, stunning work – Thanda Gosht, the story of a Sikh man who rapes a Muslim girl, only to discover she is already dead – landing him in court facing an obscenity trial where he's cattily targeted by Faiz, and quietly defended by a Professor Abid, played by a surprisingly suit-clad Javed Akhtar.

As the trial proceeds, Manto’s worries deepen and finally, his drunkenness lands him in hospital where he writes his greatest, most surreal work –Toba Tek Singh. The story of madmen stuck between India and Pakistan. The story of men, and women, animals, birds and trees, all stuck in a no-man’s land.

Nawazuddin portrays these complexities with sheer perfection. Alongside, Rasika Dugal glows gently as Manto’s intelligent wife. Tahir Raj lights up the screen with his good looks and effusive talent while the many cameos, Paresh Rawal playing a pimp with a stick, Vinod Nagpal playing the madman who longs for his village, are just delicious, full of ironies (Rishi Kapoor plays a producer who ‘screen tests’ aspirants by having them strip – ‘Utaro, utaro, bada challenging role hai’) to sordid tragedies, Divya Dutta memorably playing the Sikh woman who listens to her man’s experience, of raping ‘thanda gosht’.

It is this ability of director Nandita Das – to combine the literary works of the writer Manto with the feel, the jazz, the pizzazz, the half-baked modernity and the full-on primitivism of his time – that make you applaud Manto. The cinematography (Kartik Vijay) is wonderful – it gets you that vintage look without that chalky 'period drama' quality. The mise-en-scene is well framed by sharp editing (A Sreekar Prasad), layered sound and dialogues as tangy – in a super one-shot, a hooker in Lahore drawls, ‘De-na’ and takes a cigarette off a bemused Manto – as a Bombay bhelpuri.

Das’ handling of key themes – poverty, misogyny, communalism – that shaped Manto’s life is superb. She interweaves these through the film – and also deftly shows how contemporary these are. But she does this using, as it were, a paintbrush, not a spade. In an age where both the ugliness around you, and the attempts to portray these are so bulky, Nandita Das’ direction shines with finesse.

Finally, an art house director who doesn’t insult but instead engages your intelligence.

Her wonderful portrayal of Manto – a bitter ‘neem ka patta’, not a glowing rosebud, like other writers, content to be in a drawing room vase, and not out on the street, tossed in the wind – is unforgettable. It makes you appreciate just what a writer, a revolutionary, a person like Manto was. And it makes you ponder the tough choice that real writing offers – for you see that Manto could never live in the cosy world of bourgeois make-believe.

And yet, he lived – just till 42 – perhaps more vibrantly than anyone around him. 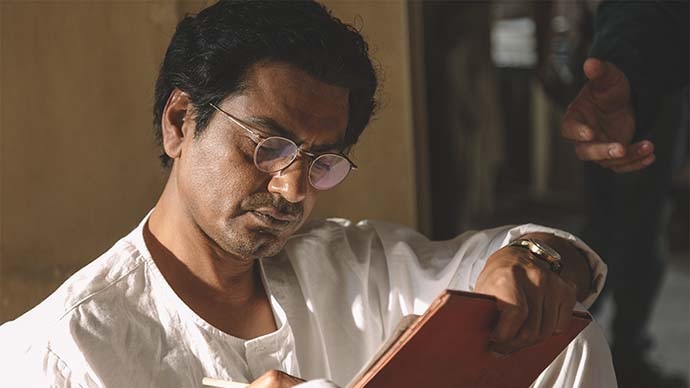 The finest thing about Manto though is its love.

Manto is pure love. Just for that, watch it – and love too.

Also read: 'Why would I want to undress a society that's already naked?': Nandita Das on what Manto would still say of our times

#Nandita Das, #Nawazuddin Siddiqui, #Bollywood, #Manto
The views and opinions expressed in this article are those of the authors and do not necessarily reflect the official policy or position of DailyO.in or the India Today Group. The writers are solely responsible for any claims arising out of the contents of this article.